The Maharashtra state cabinet recently approved Rs 891Cr to implement Intelligent Traffic Management System project to streamline vehicular movement on the metropolis’ roads. TrafficInfraTech looks at the project, its implementation and, how the system will benefit the maximum city. 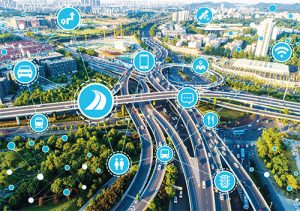 The Traffic Index 2018 published by Amsterdambased location technology specialist TomTom recently ranked Mumbai as the most traffic-congested city in the world. On an average, experts have noted that travellers in Indian cities- Delhi, Mumbai, Bengaluru and Kolkata spend 1.5 hours more on their daily commutes in comparison with their counterparts in other Asian cities at times of peak traffic.

Mumbai, with a population of 1.30Cr and 34 lakh vehicles commuting on the 2,000-kilometre road network, needs a system that will save time while travelling and money spent on fuel due to vehicle population and traffic jams. That said, to streamline vehicular movement on the Mumbai roads, the Maharashtra cabinet has recently approved the implementation of ITMS project. The system will create linkages to support information sharing through traffic controllers, information portal, variable message signs, IoT and API. Mumbai has to tackle challenges like pollution levels, physical constrains for road expansion, road network congestion and high population of vehicle

ITMS project will be implemented keeping in mind Mumbai’s busy streets, bridges and flyovers. With the combination of 4,705 smart radar-operated traffic signals at 617 junctions, 300 CCTV cameras to detect red light violations, 925 cameras to read license number-plates, and 300 cameras each to capture vehicles driving the wrong way and parking offences, the Mumbai Police expect that the system will help them make optimum utilisation of the space available for vehicles. The Police also expect to curb speeding and lanecutting offences in the process.

Detailing more on the project, Amitabh Gupta, Principal Secretary (Special), Home Department, Government of Maharashtra says, “The Artificial Intelligence system will regularly gather vehicular data and relay it to the central command and control centre. It will be analysed to enable the police manage traffic and monitor traffic rule violations better. The ITMS will require each traffic signal to be replaced with a more compatible traffic signal.”

According to Gupta, it will take one year to implement ITMS. However, ITMS on the Mumbai-Pune Expressway, where the emphasis is on reducing accidents is expected to be operational within six months, as it does not need installation of traffic signals.

Gupta further adds, “We have also made use of Non-Intrusive Traffic Detection Technology using 4D radar. The signal synchronisation based on vehicle speed and number of vehicles at a junction corridor. Also, all signals in a defined corridor will be aware of the traffic situation at each junction and will optimize time in synchronization for a smooth journey.” 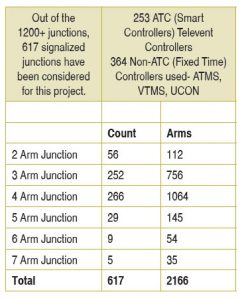 The project will help in smart signalling, identifying license number plates, control over-speeding vehicles & illegal parking, trace stolen vehicles and recovery of penalty. Besides, the system can help adjust signal time slot based on vehicular traffic on a road and its length.

“Smart signalling with multiple parameters include the length of the road, intersection clearance, peripheral road drainage and identification of lost time. With the presence of an adaptive system and vehicle detection at night, the signal will not be required to be put on flasher mode. Instead, based on the presence of a vehicle, the signal will automatically operate considering the presence at all arms,” informs Gupta.

The system includes continuous vehicle classification and counting. The smart technology-led enforcement is capable of ANPR and license plate number detection added with image matching. This high-tech system can detect over speed violation of up to 150 km per hour. It also has Origin- Destination analysis of vehicles that will help in better transportation and the system will be completely scalable for new signals to be added in future.

Informing more about another project that the state government is working on, Gupta says, “The Maharashtra state government has also planned to implement a standardised e- Challan system across the state for better coordination for traffic enforcement. The system will be implemented in six cities-Mumbai, Navi Mumbai, Thane, Pune, Pimpri- Chinchwad and Nagpur. The entire project is estimated to be at Rs 60Cr over a span of five years. The e- Challan will bring in more transparency and trust in the challan process, will ease the process of accessing offence details and ease the process of payment. The system will help in tracking each transaction, reducing the transaction time.”

The vendor for the project is Telecommunication Consultant India Limited. The work has been approved, work order has been issued and user acceptance testing (UAT) has been completed.

What Will it Achieve?

With the number of cars on Mumbai’s roads rising daily, the Police department has long realised that the way ahead is to manage the flow of traffic as efficiently as possible instead of manually regulating it. With ITMS, the Police hope to reduce travel times, a source of major frustration for those who drive on Mumbai’s roads.