ITS Challenges in India 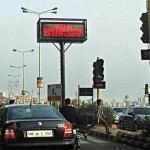 Chikara Kikuchi highlighted how during their interactions with various Municipal Corporations and Traffic Police departments of several states noticed that there were no clear ITS policy or guidelines in place. And thus, these agencies were using several disparate systems from several vendors with each system operating as a silo and no information sharing happening between each system like signalling systems, speed detection systems, incident detection systems were all operating independently with a high amount of manual intervention being needed to gain the desired outcomes.

According to Chikara, India needs to come out with its own set of ITS standards that would be relevant for Indian driving conditions. Also what needs to be considered while drafting such a policy is that India is such a diverse country that every city in has its own unique set of urban challenges including traffic problems, infrastructure problems, driving patterns, languages, etc. which need to be addressed by the ITS policy. However with ITS being a very important component of smart cities, a lot of progress has been happening over the last few months.

It would be prudent to undertake a trial across a limited area to understand the real-time challenges before implementing the solution across the entire city. We have heard of several cases where such some solutions have been implemented and rendered useless in a live scenario.

Long term sustainability should be kept in mind while choosing and implementing an ITS solution. Many solutions that have been implemented turn redundant within a few years of their implementation due to various factors such as poor maintenance, lack of quality or obsolete technology. Examples of several such signalling systems, VMS boards etc. not working is quite common as the vendors no longer provide the required support for the maintenance of these solutions. Solutions being implemented should be chosen with a long term view of at least 15-20 years.

As a way forward, pan-city initiatives should explore the potential of leveraging existing ITS applications and integration of the same on a common platform. The focus should also be on the creation of a consistent database at the city level that can serve as a basis for decision making in urban transport infrastructure planning (mobility planning for goods and passenger, public transport planning, capturing socio-economic parameters, understanding the activities of the people, aid in revenue generation, reduce congestion, reduce travel uncertainty, reduce energy consumption and emissions, ensure safety etc.).The data feeds from different applications will aid in understanding travel patterns, and determining the effectiveness of different initiatives like traffic demand management, infrastructure performance and foreseeing complex urban challenges. 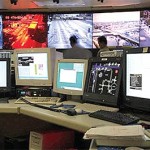 Implementation of an integrated ITS system in India has many challenges but it nevertheless has the potential of not only being a data repository for the city, but also providing a platform where analysis and computation can take place to identify solutions for complex urban transport systems, to aid evidence based decision making and implementation.

Venkata Subba Rao, explained, Worldwide ITS deployments are made only after a comprehensive national ITS architecture is developed in consultations with all the stakeholders. This becomes the basis for the development of regional ITS architecture and further design, funding and development of various ITS subsystems as per the priorities arrived based on the needs of the respective communities/regions.

The primary challenge with ITS is to make efficient use of technology to coordinate with commuters, public transport operators, private vehicle users, transport infrastructure (network, signals),etc. with reliable, consistent and updated information to aid in informed decisions.