The city of Gandhinagar lies within the Gandhinagar district and is the administrative capital of Gujarat. Gandhinagar has an area of 387sqkm, while Gandhinagar Municipal Corporation(GMC) has an area of 57sqkm. The highways like NH-8C and SH-71 pass through city linking with Ahmedabad and other parts of the country. The city is planned in Grid iron form with 30 sectors along Sabarmati river, housing a population of 2,06,296(Census 2011). It is one of the less dense capital cities of the nation.

Gandhi Nagar has a location advantage as it is very close to Ahmedabad. The city lies within the proximity of the high investment projects like GIFT City, High Speed Rail Corridor, Delhi Mumbai Industrial Corridor and its allied investment zones, thereby exhibiting high growth potential. The city has an average growth rate of 1.61% but is expected to increase in future years with influence of upcoming developments.

The city being an administrative capital, has 25% Public Semi-Public(PSP), followed by Residential-22%. Transportation occupies a share of 17% of land while a share of 10% is under recreational. The CBDs are found in sector 16, 21 and Infocity. Further, each sector has small commercial space making it sustainable. MRTS has been proposed in the case study area to cater to the “Inter City Trips” which are located between Gandhinagar and Ahmedabad.

One of the major bottlenecks in promoting the use of public transport is lack of seamless connectivity. Providing smart card ticketing for PRT, Metro and Bus users can be a step towards achieving a fully integrated public transport system,.

This system will provide convenience to commuters with differentiated needs by automatic ticketing, facilitate service connectivity with other transport modes and support utilization of existing capacity efficiently and add value to the proposed public transport systems.

Reliability of the service adversely affects ridership as can be seen in Gandhi Nagar. Despite having facilities & comfort offered by GSRTC which is superior than VITCOS,the service attracts less ridership since it lags behind in terms of reliability and frequency. Further for better performances of the proposed systems, it is a must to monitor the movement of buses in real time basis and hence implementation of Automatic Vehicle Location (AVL) can be looked into which can monitor the location of buses in real time using GPS methods. This technology has several benefits like improving system control, improving bus safety in an emergency condition by showing vehicle location, improving quality of service by notifying the location of buses by providing better bus scheduling and reducing need of voice communications. In future, a Traffic Signal Priority (TSP) for buses is also envisaged that can keep buses on schedule and improve on-time performance. 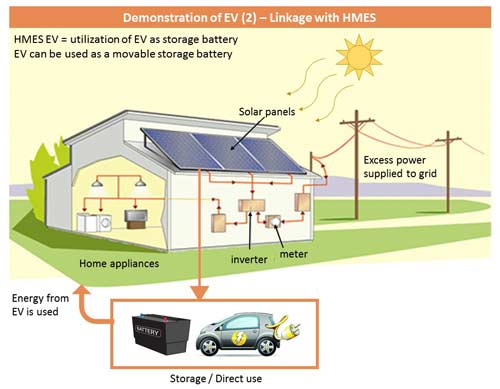 Another concern that is observed over the years is the increasing trend of fatal accidents in Gandhinagar. There are several reasons not just related to increase in population and vehicle ownership but also to casual approach in observing driving rules & adhering to safety regulations, rush & negligent driving, poor road geometry and encroachments on footpaths & sidewalks compelling pedestrians to clog on road resulting road accidents. From studies, it is learnt that the reduction of crash rate by 25% is observed on enforced network when the reduction of speed is in the range of 5-10 km/hr. It is therefore recommended the provision of speed cameras.

The financial feasibility of the project is carried out in two scenarios:

i. Without viability gap funding(VGF)
ii. With 40% VGF

This study concludes that the use of ITS technology along with smart mobility card not only enhances the use of public transportation but also can be source of additional revenue, thus making a project more financially sustainable.

Previous: Addressing Mobility Challenges in Hill Cities
Next: ITS Innovations for Future Mobility