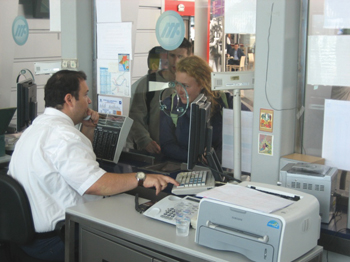 Indra has customised the system taking into consideration conventional payment practices in India and Asia. The system uses a combination of contact-less card with tokens or single use radio frequency chips. The tickets can be recovered once the passenger exits the subway so that they can be used again in order to reduce ticket issuing costs. Besides the access control systems, validation and ticket issuing, the company will reconfigure the control centre?s systems where collection and the amount of cash inside the machines will be controlled or if equipment-related incidents shall occur. This ticketing system will provide information and statistics about the use of metro in order to optimise resources and improve service.

The Mumbai Monorail AFC will have a control centre where the activity of all 18 stations of the monorail network will be supervised. Each station of the monorail network will be equipped with Indra?s systems to sell one-way tokens, an electronic coin commonly used in Asia. Electronic cards will be used for regular passengers. Both systems facilitate passenger flow using validation through radio frequency. Ticket inspectors will be supplied portable inspection systems. For the Kolkata metro, Indra, in cooperation with its local partner Keltron, is designing and installing an integrated access control and ticketing system, replacing the 20 year-old system which has become too expensive to maintain. The new systems will have both manual and automated ticketing systems.

This equipment is installed within Ticket Offices within the unpaid side of the ticket hall and operated by station staff. It includes contact-less card reader/writer, magnetic printer/writer, receipt printer, PC control unit and passenger display unit.

This equipment is housed within a Secure Suite within the unpaid side of the Ticket Hall and enables the required fare media to be selected and dispensed automatically to patrons on payment of the fare cost. It allows the encoding and issue of tickets such as the CSTs (Contactless Smart Tokens) with magnetic or code bar. The machine also allows commuters to add value or trips on to Contactless Smart Cards. It accepts payment by cash and debit & credit cards and issues receipt on request by the user. 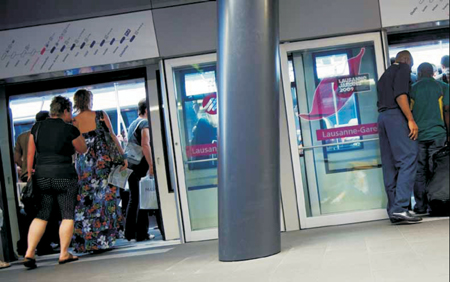 The Automatic Gate Control is installed between the paid area and unpaid area of the station Ticket Hall. It allows passenger to pass through the passage between the paid area and the unpaid area with a ticket issued by Ticket Office Machine or Ticket Vending Machine. AG reads, checks, and verifies data on ticket and re-encodes new data and allows passengers to pass by releasing a barrier when the ticket is valid. AG can be classified into Entry Gate, Exit Gate and Bidirectional Gate according to passenger direction control. Gates are also reversible, so they can be configured for unidirectional flow, either as entry or exit gates. Both token and contact-less card are used for validation in AG.

This equipment is used by station staff throughout the metro to check the validity of fare tickets.

This equipment allows the customer to check available value in contact-less card or token.

Metro services all over the world today face a challenge from rapid urbanisation ? increasing their capacities within their existing infrastructure. To make this feasible, many cities have implemented driverless or fully automated metro trains.

The Operation Control Centre includes a Central Computer and computer at the different metro stations. The main function of the Central Computer consists of monitoring & controlling all AFC equipment and collecting information of all AFC transactions & AFC equipment status messages. It also verifies passenger counters, system logs, errors and income collection, besides generating and viewing reports. In case of equipment failure, the central computer generates alarms and also sends emails and SMS to support ad maintenance personnel. It also allows autonomous operation of the system components so that a failure in some component of the AFC System does not disrupt the whole system.

The Central Computer is networked to commercial banks and credit card agencies for processing of fare payments and is also connected to the Central Clearing House which provides seamless integration between the metro service and AFC systems used by other modes of transport.