ITS for Inter-Urban Highways: The Indian Perspective

ITS has the potential to be a game changer for the Indian highway infrastructure industry. Prof. P K Sikdar and Punnet S Bindra, President and Vice President of Intercontinental Construction & Technocrats Pvt Ltd, take a look at its history so far, different uses, challenges and the potential. 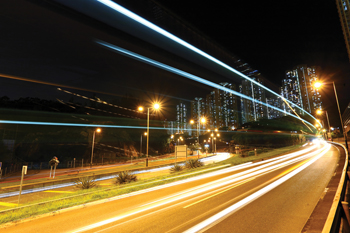 The term intelligent transportation system (ITS) refers to the efforts to add information and communications technology to transport infrastructure and vehicles to monitor and manage traffic, improve safety and enhance driving comfort. There can be other socio-economic benefits of ITS like greener environment due to efficient traffic flow created by the information served to the motorists.

ITS systems may be categorised based on technology type: (a) in-vehicle systems (b) roadside systems without data exchange with vehicles (c) V2I (Vehicle-to-infrastructure) systems that allow interaction or data exchange between vehicle and roadside infrastructure and (d) V2V (vehicle-to-vehicle) systems that allow data exchange between individual vehicles. ITS systems may also be categorised based on the mode of transport for its application, such as (a) air transport (b) rail (c) marine (d) road and (e) hybrid.

ITS for Road Transport

In India, the ITS applications for roads can be divided mainly into two sectors ? urban infrastructure and National Highways which are managed by the National Highways Authority of India (NHAI). ITS so far has found little application on State Highways. The major applications in cities have so far been related to traffic management ? primarily traffic lights, closed circuit television (CCTV) cameras for surveillance and parking management. The first application of ITS for bus transport has been recently inaugurated for Mysore city. This application, started in November 2012, will work as a pilot project with Passenger Information Systems and will monitor and gather data for public transport management in terms of operational parameters. Two or three other cities are also planning to implement ITS for bus public transport.

In highways, the NHAI has made significant efforts to promote ITS through Advanced Traffic Management System (ATMS) which is also referred to as HTMS (Highway Traffic Management System), including the weigh-in-motion (WIM) and automatic & semi-automatic tolling systems. None of these, in any of the PPP operations of the highway projects, has been seen to be successfully used for the purpose for which these are normally installed. For example, the ATCC (automatic traffic counter classifier) is not working and correct traffic with its classification is not available, and therefore, toll audit cannot be done (and may be it is avoided). The weigh-in-motion technology has also not shown promise in any of its installations in the PPP projects. The VMS (variable message signs), if working, are showing only the social messages and not the traffic and weather information.

ITS on Inter-Urban Roads

The NHAI is expanding its network of highways at a rapid pace and one of the methods to fund this expansion is to collect road user charges (earlier commonly referred to as ?toll tax?) from vehicles using the highway. For this purpose, toll plazas are constructed, usually every 50-60km on the highways. The tolling system provides for three methods of fee collection: manual, semi-automatic and automatic collection of user fee.

In manual system, there is no automation and the toll collector (also called toll booth operator) issues pre-printed paper receipts, similar to those used in public transport buses as passenger tickets. This method is no longer used in new designs and is kept as a standby provision only in extreme cases of failure of equipment.

In the semi-automatic method, the toll booth operator is required to sit in the booth to process transactions which may have various methods of payment like cash, exempt, bar code and manual assist smart card. As a common practice, all lanes are fitted with smart card readers to enable users with pre-paid smart cards to pass with assistance of the booth operator. The booth operator punches in vehicle class, accepts cash or verifies bar-coded ticket or smart card, generates receipt and allows the vehicle to pass by raising the barrier gate. All toll lanes shall have other electronic equipments like overhead lane signal to indicate lane open/close status, automatic barrier gate at exit, automatic vehicle classifier (AVC), camera, bar code reader to read discount tickets/passes. The heart of the system is the AVC which usually consists of sensors embedded in the toll lane (often multiple types of sensors), which accurately determine the class of the vehicle (car, truck etc.) as the vehicle passes over it. In a semi-automatic system the vehicle has to stop at the toll booth and transact with the booth operator. For cash payments, computer system generated receipts are provided with current date and time and the fee paid.

?Non-standard technologies cannot be giving best result because those are not coherent technologies. Moreover, our mixed traffic and poorly trained managers make the system perform at a lower level.

?While implementing ITS in India, it must be kept in mind that the design and specification should be complete in all respect. ITS requires a very systematic integration of the systems, without any constraint.

?Proper implementation of ITS will revolutionise road transport. Best comfort and ease of travel will be provided by seamless travel opportunities. Importantly, it will bring transparency in all connected aspects, especially because of on-line features.

?It is not the budget which is holding ITS. The managers of transport systems are required to be educated on ITS. One time deployment and piece- meal approach in ITS will not work; there are plenty of examples of such failures in our country. Indian industry is also short sighted, and wants to make business just from one project and makes things unaffordable.

?We need to orient our decision makers who are totally ignorant about ITS though some of them pose to be knowing it. So, orientation workshops, and, or courses are a necessity for the decision makers, concessionaires and enforcement agencies.

?The fear of failure has to be shed. There will surely be failure and that will be the learning. Those who are using the ITS extensively and getting enormous benefits have not reached there without going through teething troubles. Let us do it! City of Delhi has failed its golden opportunity to implement large scale ITS before Commonwealth Games in 2010.?

(As told to Vidyottama Sharma)