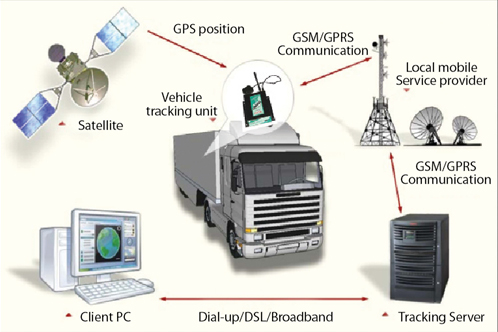 ITS can be mainly classified into five major categories according to functions: ATMS (Advanced Traffic Management System), ATIS (Advanced Traveller Information System), APTS (Advanced Public Transportation System), CVO & AVCS (Commercial Vehicle Operations & Advanced Vehicle Control Systems) and ITS enabled pricing systems like ETC (Electronic Toll Systems). All these are explained by experts in subsequent articles in this issue. ITS at the infrastructure level where sensors are placed on, or by the side of, or below the roads ? to collect traffic data, deliver roadside messages, give GPS alerts and signals and signage to direct the traffic flow, issue driver alerts & pedestrian alert signals, identify dark spots and disseminate the same through smartphones, give parking & guidance etc. ? too come under these. Once these are put in place, a comprehensive ITS ? with complete integration of all the systems and modes that enable communication, tracking and solution finding among all modes — emerges. Yamuna Expressway is a brilliant example of a well coordinated ITS system in India though.

Then there are ARTS (Advanced Rural Transportation Systems) too. These are used to get information about remote road systems and transportation data. Though very valuable to road users, specially the motorists, this system is yet to be put to use in Indian rural areas at a significant level. US and Europe have installed these systems.

Many companies in India operate through importing ITS solutions while a few Indian companies manufacture customised ITS solutions. They need a push and they need to develop their operations. It is also very important that our enforcement agencies are supplied a proper database about these companies and are also given a good orientation / training about various branches of ITS, their functions & benefits and applications. That would help in optimum utilisation of the available resources. At present, most of the times, the enforcement agencies are not even aware who they ought to approach when they are faced with the need of availing certain intelligent solutions.

Mumbai Traffic Police, though, is among the few enforcement agencies that have already got ATCs operational on Mumbai?s roads. Bhopal has e-challans and is working towards good ITS. Pune in Maharashtra and Bangalore in Karnataka are some other places experimenting with ITS. Of course, ITS is being used in bits and pieces in many places which doesn?t add much to the overall efficiency of a city or state?s transport system, traffic and road safety. The result lies in proper usage according to the needs and the most important of them all ? integration. Multimodal integration is the key to a successful ITS. Changi airport at Singapore and Schiphol Airport at Amsterdam are two very good examples of multimodal integration that can be studied.

As said earlier, a Control Centre (CC) or Traffic Management Centre (TMC) is what regulates the entire traffic in an ITS system. Data gets collected there, analysed and combined with relevant needs to arrive at real-time solutions ? in minutes. It is this place that diverts peak hour traffic from a busy road to a relatively empty road and informs road users about sudden diversions and stoppage of traffic that may have arisen due to an accident or VIP movement.

While cameras that record traffic movement in still photographs and videos play an important role in data collection, smartphones have come to play a major part in sharing information on real-time road situation by the road users themselves. They can take photographs of black spots and send them to the CC which releases the information to other road users travelling on the same road ? in seconds or say, a minute. Many European governments are tying up with or adopting newer applications of their various solution providers via such a breakthrough in communication technologies. India is yet to reach that stage. However, in a successful ITS operation, various relevant agencies share data, information and solutions in their networks. GPS and GPRS are two of the strongest aspects of ITS operations. Variable Message Signs (VMS), Highway Advisory Radio, internet, public radio announcement, television broadcast and many other mediums are used to give travel advisories. VMS, though extremely effective in traffic management, are catching up fast in India?s traffic management systems.

Apart from CC and effective communication technologies, there are many other products / systems/ applications that have come to play a significant role in ITS effectiveness. Some major players are:

Sensors: They give traffic counts. They even give the weight of the vehicle to decide the insurance payable by the vehicle at Toll Centres (such sensors are installed below the roads) so that the distribution of insurance costs is done on the basis of each vehicle?s weight and volume. While sensors have been in operation for over five decades, their intelligent usage has come into force only recently. They have moved from optical detectors (these sensors rely on vision), acoustic detectors (they rely on sound) and seismic sensors (rely on pressure induced by vehicle weight) to magnetic detectors (rely on geomagnetism), infrared detectors, ultrasonic detectors, inductive loop detectors, video based detectors and so on.

GPS (Global Positioning System) / GPRS (General Packet Radio Service): These have been applied in many Public Transport buses in various cities of the country. The fleet operators are using them on a big scale in India. These systems operate on satellite navigation system to give a vehicle?s position (latitude, longitude) and speed at any given point of time. Such information is real-time and reasonably priced, and helps traffic engineers/managers to calculate the vehicle?s travel time, travel speed, distance and delay, and also find out if a vehicle has run into a problem with the engineer sitting miles and miles away.

Previous: Decade of Action for Road Safety-Saving millions of lives across the decade
Next: IL&FS and LIC launch Rs.5300 crore infra fund