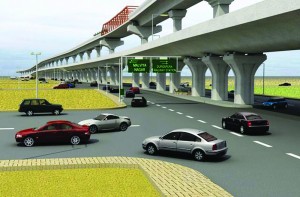 Despite the seemingly good planning and genuine intentions of JDA, Jaipur BRTS did not go as planned. Not after precautions had been taken, and not after a feasibility study had been carried out. “It is in a mess,” said a senior Rajasthan bureaucrat while speaking with TrafficInfraTech. “They are still trying to make sense of it. Right now, all I can tell you is – Jaipur BRT is a miserable failure.”

NC Mathur, Director (Projects), JDA however does not agree that BRTS has been a failure in Jaipur. “The major problem was that we never got sufficient Right-of-Way for a dedicated route,” he says. “Since the normal buses and the BRTS were running on the same route, we found it difficult to accommodate both as the road width did not facilitate that. We had to revise the rules later for many things.”

Pramod Bhasin, Co-Founder of Muskaan, the NGO for Road Safety opines that the basic trouble lay with the planning itself. “The major problem with BRTS in India is that we run its buses on the same roads on which we run the other state buses. Not just that, we run them in the centre of the roads. Now, where will the commuters get in from and where will they alight when the buses run in the centre of the roads? Who will think about the safety of the bus commuter? This is the real issue. Where the roads are wide enough, a dedicated bus route can be made available for each side. They say that they run the buses in the centre of the roads because they are afraid of friction. If you are afraid of friction, then go elevated. The latest technology allows that elevated BRTS routes can now be converted to metro routes too. So, elevated roads will always be useful.”

A look at some of the reasons the BRTS project got botched up in Jaipur:

Arterial roads instead of elevated roads: Despite the arterial roads having been used to their full capacity, it is these very roads that are being used for BRTS as well. The right way should have been to use elevated roads. Says Bhasin, “BRTS can be successful in India only on elevated corridors. We do not have enough space to widen the roads. So, we have to run them in the air.” Adds a transport expert from Rajasthan, “It should have been decided as an elevated road service. It is impossible for BRTS to work on the roads that have already reached saturation points. Delhi had made the same mistake. It will continue to lead to the same mess since the infrastructure it uses is already overloaded.”

JDA is trying to correct the wrong. It has already begun constructing elevated roads on the congested stretches like Durgapura (North South Corridor) and on Ajmer Road from Chitrakoot to Ajmer Puliya (East-West Corridor). Mathur informs that elevated road from Panipech to Government Hostel is also in the pipeline.

Suspended Services: What is mindboggling is that after the construction of a section of Phase I, Jaipur BRTS services were suspended. It has been reported that now JDA is considering a metro system on which studies are on. Mathur replies, “No, the services aren’t stopped. We have only slowed down. It is just that we were told by the state government to go ahead cautiously given the Delhi BRTS experience. The buses are still running – in BRT Corridor as well as on bus routes.” He says BRTS is operational with semi-low floor and low floor buses approved for it under JNNURM on ten radial and circular routes in the city, and on 7.1km of BRT corridor. What he fails to tell is that at present these buses are running under JCTSL – and have nothing to do with BRTS.

Acquisition Of Land: The biggest hurdle faced by JDA in making BRTS a success has been the availability and acquisition of land. The process consumed a long time and delayed the exercise. Mathur adds, “We faced problems with utilities too. Electric lines, water lines and even temples and malls came in our way during digging and construction. Trees had to be replanted.”

It must be noted that the Master Development Plan, approved in 1995 by JDA, did not have any mention of Land Use Plan in its policy document. Hence, it was decided to also frame a Land Use Plan of Jaipur’s urbanisable area and a Land Use Zoning Code as the second part of the Master Development Plan 2011 to make it a complete plan. This was also done to do away with the hindrance of not being able to carry out the 1991 Master Plan for inability to acquire land on time.

Expensive buses: The low floor buses require more finances as they are expensive to buy and operate. Financial sustainability, in all ways, proved to be a major challenge.

Inexperience of contractors: Since the contractors have till now worked on normal roads, they found it difficult to understand the demand of a BRTS road.

Insufficient ROW: The RoW was not sufficient on certain routes and it was also difficult to re-route the over 1800 private mini buses. Given the mindset of people on the transport procedure they are used to, it was difficult to make them and the authorities agree or accept to a one-way traffic.

On-street parking: It was also difficult to restrain the shopkeepers and property owners from free on-street parking since they have been doing it for years and will accept no other way. Shifting of existing utilities and handling the monopoly of bus manufacturers posed some more problems.

Intersections: Says Bhasin, “Intersections have proved to be deathknells. There are 11 intersections and because of them, the number of fatalities has increased. Intersection must be an interpass. It can be constructed by spending two crore rupees. JDA has spent over `300 crore for BRTS, then why can’t it spend two crore to make an underpass for people’s safety? They have no dedicated system to cross the road. I just want to ask them that if you are giving facilities, why are you ignoring the safety of the commuters?”

But then, Jaipur BRTS does have some good points. Some aspects do go in its favour. Its corridor planning was good in phases. Also, it was strong in technological aspects like low floor and air conditioned buses, next vehicle display board/system, automatic vehicle location information system through GPS, on board stop announcement, signal priority on specific signals and prepaid or automatic ticket system.

Provision has been made on Tonk Road for future Metro. Work has begun on Package III and modifications, wherever necessary, are being looked into and are with the Government of India for approval.

Planned Intermodal connectivity: The Rajasthan Government has also approved Jaipur Metro Rail Project by an SPV called Jaipur Metro Rail Corporation Ltd. Hence, in the Master Plan 2025, a provision has been made to integrate land use with public transport system like BRTS, city bus system and Metro.

JCTSL has also announced a monetary cushion through Viability Gap Funding (VCF) to private companies in order to enable them to operate and maintain the loss-making low-floor buses. This will help to compensate the loss of private companies that were affected by the state putting the low floor buses in service. This is a good step as the operators and associations of private minibuses have been strongly opposing BRTS as they fear losing their profits. JCTSL runs 280 low floor buses – that were actually bought for BRTS – on ten routes in Jaipur.

How it would work: JCTSL Managing Director Malini Agarwal had said recently that private companies had expressed an interest in operating the low floor buses in Jaipur. Hence, the idea of VCF was thought of as it will mean the surplus of cost over the earning would be given to the private companies. However, if it gets a green signal, this arrangement will be only for a fixed period. JCTSL is said to have incurred a loss of over ` one crore after having spent `26crore on the running of the low floor buses over 19 months.

Though JDA claims that the project has improved the travel speed (7km in 18 minutes, i.e., 25 km/hr), reduced accidents (by 12.65%), reduced green house emissions (since the engines of the buses comply with BS-III emission norms), reduced noise pollution, increased service frequency (ranging between 7 to 15 minutes), covered the entire urban grid of Jaipur, reduced energy consumption (less vehicles on roads and less congestion), increased the overall capacity of public transport services (220 rear engine semi floor buses introduced) and increased the ridership on the buses from 55,000 to 2,00,000 since July 2010, the fact is very different.

But the idea can still work. It has worked in Ahmedabad. It can work in Jaipur. And the JDA has shown serious concern about making amends. If it looks deeply into all the loopholes it had ignored in the past, it can still fly people in BRTS buses – on elevated roads where the roads leave no scope for widening, and ply them on dedicated roads where the width of the roads allows them to do so.

Who is responsible for what

Jaipur Development Authority (JDA): Development of infrastructure and supervision during the construction of the BRT corridors.