Keltron:Keeping an Eye on Kerala Speedsters 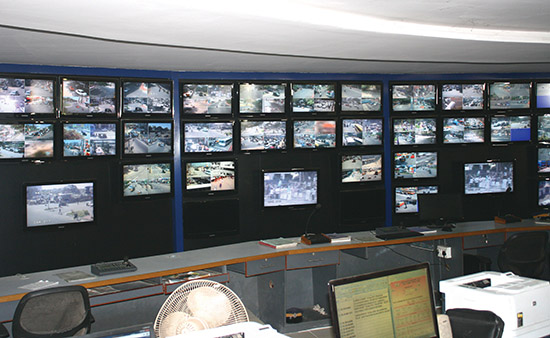 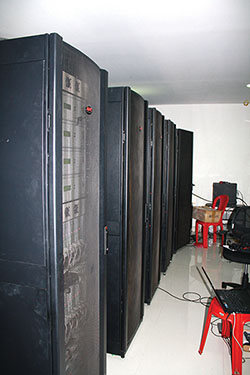 The past few years have seen a phenomenal growth in the vehicle population in our country. Easy access to loans post-liberalization has made it possible for the common man to aspire to own the two/four wheeler of his dreams. Unfortunately, along with the vehicles, the number of tragic accidents has also shown a steady increase. Negligence and violation of traffic rules on the part of the drivers concerned have caused many of these avoidable accidents. Over speeding, jumping red lights, driving on the wrong side of the road, violation of one ways and rash driving have become the order of the day. It’s not enough if we catch one or two lawbreakers. Drivers must be made to realize that they would not be able to get away with traffic violations. Systematic monitoring of traffic to catch the majority of the errant drivers and hand out stringent punishments is the only way to curb this menace.

The other issues faced by a city are criminal activities and destruction of public properties during agitation. In order to be effective, such monitoring has to be comprehensive to cover as much area as possible. Monitoring has to be:

Real time – to ensure that no events of importance are missed

Digital quality – so that modern processing techniques can be used 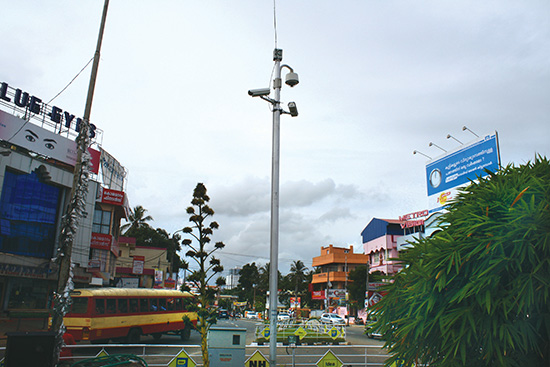 Such a monitoring system would also have benefits not only in regulating day-to-day traffic from a central location, but also in cases of security alerts / terrorist threats in a particular locality under surveillance. Real-time central monitoring would bring any suspicious incidence to the notice of the authorities as soon as it occurs. Even in case something is missed, real-time recording would ensure that it could be retrieved as required at a future date. Keltron has implemented CS & TMS for Kerala Police Department at five cities of Kerala in four Phases from 2009 to 2013. It has already installed more than 700 cameras. Some of the features are:

• 26/32 inch LCD Monitor array for all cameras with Quad view per monitor, in real time)

• Flexibility in upgrades, all OFC cabling should have spare capacity for future expansion.

• Option to have multiple monitoring stations. 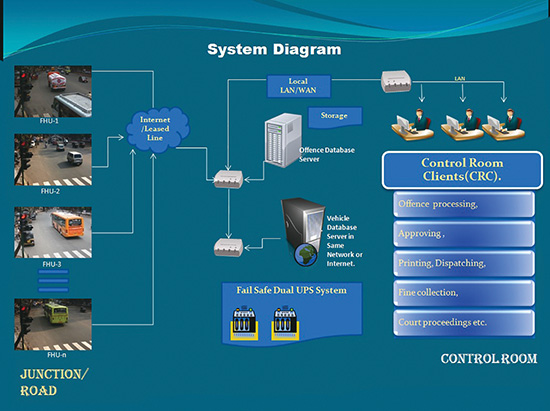 Speeding and signal jumping are two of the major causes of crashes, death and injuries on the state highways. Automated speed management systems are an important element in speed control and an effective counter measure to reduce crashes and accidents. To overcome the above issues facing the common motorist and pedestrians, Keltron has Traffic Management Solutions across the state with Over Speed Violation systems, Red Light violation systems and Traffic Surveillance systems at various critical junctions and highways.

For the Kerala Police, TMS is being planned along six major stretches in the state where accidents are a daily feature. The road stretches are Kovalam – Kottayam NH-16nos, Venjaramood – Chengannur SH- 26 nos, Sakthikulangara – Ambalappuzha NH – 18 nos, Alappuzha – Changanacherry built by KSPTA – 8 nos, Thrissur – Kuttipuram SH -18 nos, and Palakkad – Malappuram SH – 14 nos. This project is to be implemented in a time frame of nine months, and is expected to bring down the accidents by more than 60% in the initial year. The project is designed by Keltron with the Kerala Police as a BOT project. The project will be implemented in all respects by Keltron and the returns would be from the revenue generated by this implementation over a period of 18 months. The project would then be handed over to the Police for future monitoring and upkeep.

On Over Speed enforcement system, ANPR camera captures vehicle image / License plate number based on trigger from Radar sensor / inductive loop with time stamp and speed information. Evidence camera captures minimum two images of the vehicle moving on the road. System works even up to 250km/hour.

General Features of the System:

• Automatic/Unmanned capture of violations including number plate of vehicles, 24×7 operation

• Local storage of violation in case control room is not online

• Day and Night Operation, with Flash at Night

• Combo operation should be possible: Red light violation under Red light ON conditions, and 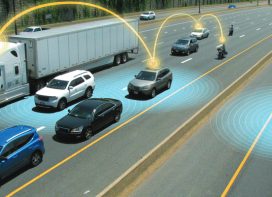 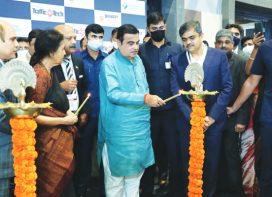