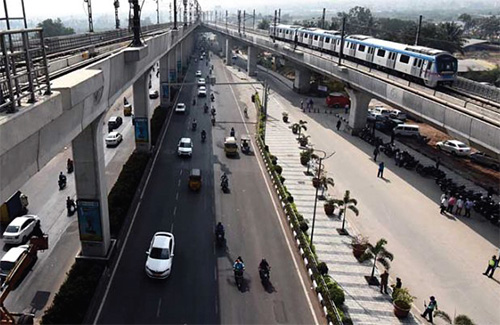 After expanding and sustaining several metro rail networks and new metro lines across India, the Ministry of Housing and Urban Affairs has shifted attention to improving the last-mile connectivity for metro passengers. This was one of the objectives articulated in the 2017 national metro policy. As part of the last mile connectivity, the Ministry has focused on feeder bus services, electric rickshaws, smart cycles which can be rented out, electric scooter services, as well as partnerships with cab aggregators. The Union government has already drafted a last-mile connectivity plan for as many as ten metros in cities such as Bangalore, Delhi and Kochi.

The national metro policy also aims to enhance the metro rail revenues through a feeder system. Last-mile connectivity through the pedestrian pathways, nonmotorised transport (NMT) infrastructure as well as introducing facilities for para transit modes will be important requirements for availing any central assistance towards the proposed metro rail projects.

According to the report, till now around 329 feeder bus services have been made operational by the Centre already. This includes a purposeful plan for Delhi and the national capital region (NCR) served by the Delhi Metro Rail Corporation (DMRC). The Centre is also working on a pilot project which involves cab aggregators which have been allotted a particular rented space at the metro stations to set up kiosks where the cabs can be booked by passengers. Along with this, the Centre is also working towards integrating electric vehicle transportation.

Previous: Volvo to add in-car sensors
Next: Bogibeel Rail-cum-Road Bridge: An engineering marvel across the Brahmaputra