Lucknow Metro: On the Fastest Track

The speed with which Lucknow Metro Rail Corporation is running to complete its metro corridors establishes its title as the Country’s fastest metro project. The priority section of North-South Corridor (Phase 1-A) from Transport Nagar to Charbagh is already operational for public with effect from 2017. Kumar Keshav, Managing Director, Lucknow Metro Rail Corporation– answers a few questions from TrafficInfraTech 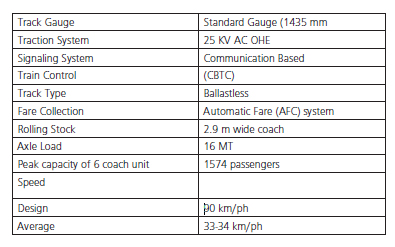 LMRC has very recently commenced trial run for the remaining section of the North – South corridor. What are the technical details of the project?

The work related to this is likely to be completed by February 2019, much ahead of the initial deadline of April 2019. The 22.8km stretch from the Chaudhary Charan Singh airport to Munshipulia will have 21 stations and the maximum fare will be Rs 60. Currently, it takes around 90 minutes to reach from Munshipulia to the airport, but once the route is operational, this distance will be covered in 40 minutes only. The technical features are:

Lucknow Metro, the dream project of the people of Lucknow, has now become a reality for the people of the city. Commencing its civil work on September 27, 2014, LMRC has achieved a big milestone in the history of project execution as no other Metro Project has been able to match up with the speed of deliverance in the country as compared to LMRC’s strength in project execution within such a stiff target.

Executing and commissioning such a complex project in densely populated part of the city and making it operational for the people on September 5, 2017 in just less than three years’ period is a big milestone in the history of project execution. With this feat, Lucknow Metro has achieved the distinction of being the fastest Metro Project execution that has ever happened in the country so far. 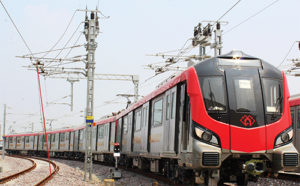 The estimated completion cost for the Phase 1A Project is estimated at Rs. 6,880Cr (23 km long North-South Corridor). It is being funded in equity contributions of 50:50 by the Central Government and the State Government . in equal proportion. The project is also funded externally through a loan of Rs. 3,502Cr by the European Investment Bank (EIB). The State Govt. is also providing government land free of cost for the project & is also reimbursing the State Taxes. The funding pattern is 23% UP government/State government, 20% Central government, and 57% external loan through European Investment Bank (EIB).

Which are the contracting companies providing technology support?

What have been the challenges in combining the elevated and underground portions? 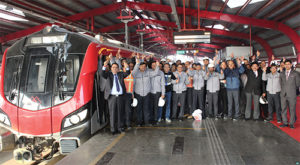 Previous: Standardised Common Service Layer in IoT Applications
Next: ITS for Enforcement of Traffic Rules & Regulations