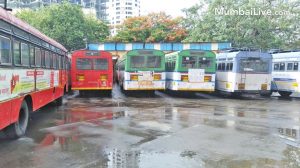 The Maharashtra government has envisaged a plan to modernize 150 State Transport depots across the state. Speaking to TrafficinfraTech, Transport Minister Anil Parab, said, “The whole idea of depot modernization is to explore how the transport department can commercially leverage its landbank.”

Considering the transport department has huge landbank across Maharashtra, such modernization will shape the department revenue-wise, which are facing losses. Under this [modernization] plan, the government will design the depot on a PPP model keeping in mind the essence of the state to maintain the uniformity. Besides, said Parab, “we would like to see all our depot digitized with video walls which can generate revenue for that particular depot.” The ministry has already awarded three depots in the state for modernization.