India’s roads claim 150,000 lives a year, with more than 500,000 seriously injured, and the figures have been steadily increasing for the last 25 years, according to Government estimates. But India is now seizing a unique opportunity to reverse this trend. As part of a national push for modernizing and improving the country’s network, tens of thousands of kilometres of roads are being constructed by the Ministry of Road Transport and Highways and state agencies. And they are committed to make road safety a central part of this effort.

Among the several government initiatives being implemented, a key one is the Road Safety Audit. 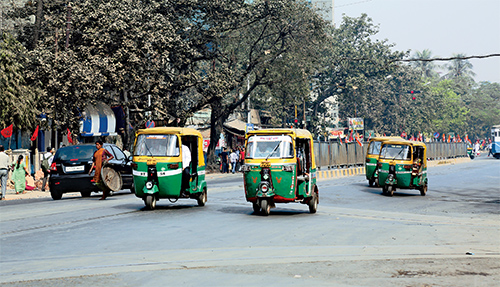 Until 2014 road safety audits were rare and not required in India. A World Bank-financed initiative—the National Highways Interconnectivity Improvement Project (NHIIP)—helped introduce systematic use of design-stage road safety audits across India’s road system, starting with the project’s 1,100 km of roads.

Among the changes made possible under the audits were geometric design improvements allowing for better geometry and sight distance, the incorporation of speed calming measures, pedestrian facilities, junction improvements, crash barriers, signs and markings and more. All these road safety features increased costs by less than five percent.

However, to mainstream and sustain such efforts, a multi-pronged approach was required:

India is taking bold and innovative steps to tackling its road safety challenge. The proof of the pudding will be in making full use of the audits for the continuous evaluation and taking of corrective steps to keep India’s roads safe now and in the future.