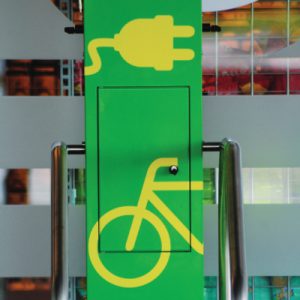 The recent spate of fires in Electric 2-wheelers points out to the importance of safety in battery charging. These near-term issues can probably only help bolster the safety requirements and further strengthen the EV industry. There are estimated 25-30 companies and start-ups that are manufacturing electric 2-wheelers and 3-wheelers.
Sid Jalan explores the concerns of safety with the charging processes and the ways to move forward from here.

The Electric Vehicle (EV) market is growing rapidly, with the sale of EV 2-wheelers increasing by 5.6 times in FY22 as compared to the previous year. This is reflected in the Government plans to add 48,000 more chargers in the next 3-4 years, coming at a cost of 14,000 Cr. And rightly so, Government has stepped in to understand the reasons behind the recent EV fires that have caused apprehension in the market.

It usually comes down to the battery. Although people believe that these fires were caused by the summer heat, most batteries are built to withstand much higher temperatures. The most common reason for an EV fire is a short circuit that leads to thermal runaway within the battery cell.

Thermal runaway occurs when the heat generated exceeds the heat that is dissipated. This thermal runaway can occur due to short circuits, damaged or deformed cells, voltage fluctuations from overcharging, or even excessive current from rapid charging. A short circuit, for example, can cause a spike in the temperature which creates a heat loop that can lead to explosions and fires.

Vivekananda Hallekere, CEO & Co-Founder, Bounce says, “Battery health is impacted due to a combination of reasons – the most critical variables are the quality of cells, thermal management through BMS, Chargers, the way the Batteries are packed, Rapid Charging. Any of these individual elements or a combination of these elements can have an adverse impact on the health of the battery. Any compromise on the health of the battery can lead to a risky situation.”

Most batteries used in EVs are lithium-based. These are prone to overheating, as is witnessed when phones get warm during charging. There are two main types of lithium-ion batteries – Lithium Nickel Manganese Cobalt Oxide (NMC) or Lithium Iron Phosphate (LFP).

NMC batteries have higher energy density and can deal with higher currents when compared to LFP, and thus help with increased range. But they are more vulnerable to temperature spikes. LFP batteries also have lower toxicity levels and a longer life cycle. These characteristics are making companies shift to LFP batteries, despite the lower energy density.

Battery cells usually come in a cylindrical or pouch shape, with pros and cons for both. Pouch shaped cells can be packed tightly, allowing for more cells within the battery. But cylindrical cells allow for better ventilation between each cell.

Cooling and ventilation are critical in allowing the heat to dissipate from the battery cells, so as to maintain the temperatures at an optimal level and reduce the effect of thermal runaway.

When the cells are packed too tight, there is no breathing room for ventilation. With excessive currents, it can often lead to bulging of the cells, which in turn can cause a short circuit and then thermal runaway.

As explained by Kapil Shelke, Founder and CEO of Tork Motors, to a news publication, EVs have lesser moving parts and may seem simple but batteries are very complex. It is not easy to get the right balance between the battery and motor for performance. When one adds scale to it, the complexities multiply. In spite of having the best cell and very efficient BMS with brilliant packaging, it may never be fool-proof. An odd cell will malfunction but if you have exhaustively tested and validated the entire value chain, then the chances of a thermal runaway are reduced. 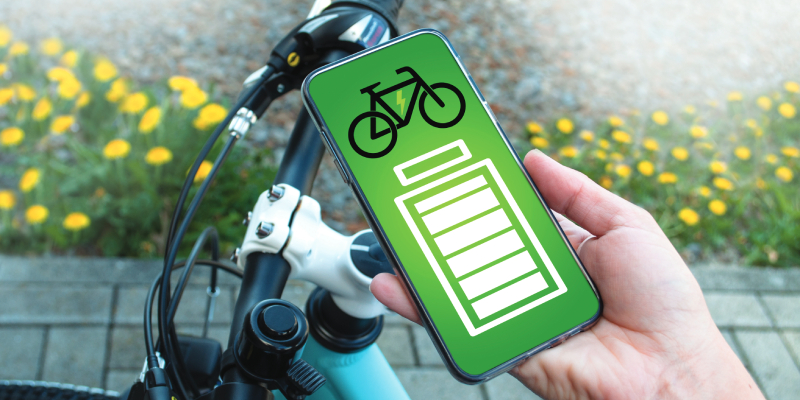 The solution is an efficient Battery Management System (BMS), which can prevent overcharging of your EV. BMS deals with Battery Protection, Battery Monitoring and Battery Optimisation.

BMS will continuously monitor various parameters such as temperature, voltage, current. It can trigger safety measures to stop EV operation and minimise risks. The BMS should monitor the voltage to the entire pack and to the individual cells, avoiding overcharging of the battery by controlling the supply of current. A BMS will stop the charging, only maintaining a trickle charge to deal with any discharge. This helps manage any overheating.

Maxson Lewis, Managing Director, Magenta EV Solutions says, “The BMS systems check the temperature and on that basis they cut off the charging if the temperature increases. That is passive cooling. But there is no active fan over there to reduce the temp. The moment you put a fan, you need to go for IP65 rating which increases the cost. But if it’s between cost or lives, I’ll go for the lives.”

It also optimises battery performance, as overcharging and deep discharge can reduce the life of the battery. It thus protects the battery, while monitoring the State of Charge and State of Health. Some BMS can also monitor cooling systems and coolant flow, enabling them at the required moments.

But it all depends on how well developed the BMS algorithm is, as many companies may decide to skip this step. A BMS can become a costly and time-consuming step. If the companies are sourcing batteries from 3rd party vendors, BMS is not necessarily included in the deal. This is especially relevant for e-rickshaws and cargo EV 3-wheelers.

BMS also manages the rise in temperature seen during rapid charging. EVs are using fast charging to reduce the time spent at a charging station; to make it comparable to filling a petrol/diesel car. But rapid charging can cause a massive amount of current to flow into the battery, which can cause overheating.

A point to note is charging through home 3-pin sockets. Although various EV manufacturers are claiming efficacy, there are major concerns related to home socket points. These points are not built to handle continuous high-power usage and can potentially lead to fires at the point as well.

Lewis adds, “OEMs have proposed 3-pin point charging as the standard for residential charging, but you cannot have a heavy draw of current continuously from 3-pin plug. They are not made for multiple mating and unmating with different kinds of plugs. OEMs proposed this for crisis charging when nothing else is available. Unfortunately, India took that as a standard, which is a wrong thing to do.”

The ideal EV design should incorporate a BMS along with proper thermal management. The reason for thermal runaway is usually incorrect designs with inadequate cooling systems. EV 4-wheelers come with cooling systems that can manage the heat generated within the batteries, something that might be required for 2-wheelers.

As lithium batteries tend to overheat, there is a need for thermal management. Liquid cooling is claimed as a potential method. It is generally required in ICE vehicles, as the temperatures can hit 2000-3000C. But this is expensive and can potentially drain the batteries, not to mention that EV battery temperatures are largely less than 100oC.

Air cooling is cheap and cost effective, but might not be ideal for certain scenarios. As discussed, ambient temperatures cannot cause the fire, but they can possibly add to the risk. Overloading the EV 2-wheeler can put additional strain on the battery.

Thermal energy storage materials can also be used, with phase change materials like water. They can store and release thermal energy to maintain constant temperature, potentially adding cell to cell protection. This depends on the space constraints for the 2-wheeler.

There is unanimous agreement between all stakeholders that government intervention is required to reduce the chances of these fires and to strengthen consumer confidence in the industry.

Shortcuts in testing, quality and design can be blamed for these issues, as companies might rush their products to the market. They might want to catch the EV wave or take advantage of the FAME II subsidies. But the EVs that have caught fire have been tested and approved, implying that there needs to be stronger regulations.

Nitin Gadkari, Minister for Road, Transport and Highways, had said during one of the Question Hours that the Government had ordered a forensic investigation into each of the individual events from experts of Centre for Fire Explosive, DRDO and IISc, Bengaluru. On the basis of that report, appropriate action would be taken.

Quality regulations for batteries, guidelines for packaging, and mandates for BMS might change this scenario. Standardisation protocols for battery manufacturers in terms of connectors, size, voltage, capacity, and safety parameters could also be introduced. But certain stakeholders believe that safety standards are required over battery standards. These can define the power and surge levels, operating temperatures, and how to deal with electrical shortages.

Governments across the world are putting in regulations, with countries such as the USA, China, Singapore, along with the EU, already instituting comprehensive safety tests.

Sharing his views to a publication, Mahesh Wagle, Director, Cybernetik Technologies, had said that the regulators have to take some responsibility here because in EV batteries, it is a matter of safety of the consumer. All manufacturers in the industry may not have a detailed understanding of battery cell chemistries and while assembling or packaging the batteries they are not aware of the best practices. Here is often where the problem lies.

India has its own standard in AIS 156, but it isn’t stringently enforced. This standard lays out tests for fire resistance, vibration, thermal shock, mechanical drop, external short circuit protection, overcharge, over-discharge, water-resistance levels, and withstanding voltage fluctuations. There needs to be better enforcement of these standards to ensure that safety is not compromised.

According to Lewis, the Government regulations should have come in earlier, but work is happening in that space. “We are a couple of months away from the government releasing SOP on batteries, battery swapping, and 2-wheeler, 3-wheeler charging. If we don’t put the ecosystem right, we are building an ecosystem for disaster.”

Where do we go from here?

As many of these batteries are imported, it is tough to adequately screen them for quality. The onus of testing falls on the importer and the manufacturers. If these cells have been damaged or contaminated in transit, they can lead to larger safety concerns. Contamination of even one cell can cause thermal runaway.

Additionally, there is a need to understand local conditions and stressors, which need to be incorporated into the battery construction. This includes cooling systems, battery design and quality of cells.

Beyond that, it is important to note that ICE vehicles have also caught fire, and this is not entirely implausible to see in EVs. Certain stakeholders believe that it’s better for these issues to come up now, so that safety mechanisms can be installed.

Hero Electric is planning on installing an alert system to notify the rider when the battery temperature increases beyond safe levels. There is also research being done in Europe to install fire suppression systems and materials within EVs.

Swappable batteries are also gaining attention, as they can be potentially charged in a controlled environment with fixed chargers. This can help maintain temperature at healthy levels and remove the possibility of hazards due to irregular charging. Shailesh Chandra, Managing Director, Tata Motors Passenger Vehicle and Tata Passenger Electric Mobility had stated that the EVs should be safer than ICE vehicles where there are more avenues of thermal incidences compared to EVs. According to him it was imperative that all manufacturers focus a lot on testing and design in the climatic condition of the country.