The Prime Minister Narendra Modi launched the ‘Make in India’ campaign in September 2014 to facilitate investment and transform India into a global manufacturing hub. Do we have the capability to implement what we have envisaged?

The campaign ‘Make in India’ is a very compelling slogan and has an instant appeal. India has several advantages including a large labour pool and a large domestic market. All we have to do to improve the ease of doing business in India is by ending heavy taxation, improving infrastructure, reforming labour laws, investing in skills development, making it easier to acquire land, implementing Goods and Services Tax (GST) and enabling fast track approvals.

Speaking to TrafficInfraTech, Ravinder, Director, Department of Industrial Policy and Promotion (DIPP), Ministry of Commerce & Industry, Government of India, said, “India requires a lot of policy changes that will involve quick and efficient decision-making and eradication of delays and corruption. To make India most favoured destination for investment, it needs to make many changes in the bureaucratic machinery so that India climbs up in the World Bank’s index for ‘ease of doing business’.”

Another critical question is: where do we want to make things? China started its manufacturing odyssey by creating four special economic zones which were remarkably easy places to manufacture. Manufacturing is all about hubs that are ecosystems for innovation, specialised skills and supply chains. Where will India’s hubs be for machinery and construction equipment? How do we catalyze these hubs by creating world-class academic institutions and skills training institutes? What incentives will attract the world’s leading companies to establish global innovation and manufacturing centres in these hubs? To become a manufacturing nation, India has to quickly move beyond rhetoric to create a clear strategy and favourable policy environment for manufacturing to take off.

The government has to incorporate a number of guidelines/procedures in its campaign like creation of single window clearances and integrating fourteen other services like requirement of industrial licenses, entrepreneurial memorandum etc. As Ravinder explained, “To do business in India, the government has to provide conducive environment for the industry which offers easy regulatory and strong infrastructure. At present the kind of regulatory environment has only discouraged the entrepreneurship. For that, the mindset of the officer and government as a whole has to change to make it a partner with the industry. The government has to provide sops and incentives for five or ten years, provided the project is also economically viable.” 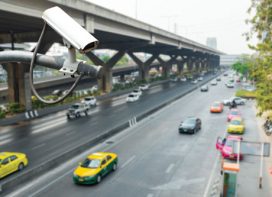