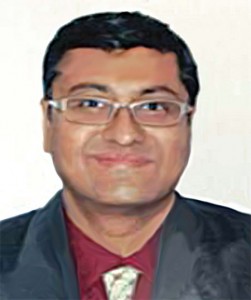 In addition, Alstom Transport is also executing the Signaling Contract based on the latest Computer Based Train Control technology for Kochi Metro in addition to providing 750 Volt DC Power Supply via third rail electrification for this project.

Delhi Metro has already awarded Bombardier till date around $1.2 billion USD worth of rolling stock and signalling contracts. In June, 2015, Delhi Metro ordered additional 162 metro cars from Bombardier bringing the total number of Bombardier fleet in Delhi Metro network to 776 cars. The contract is valued at approximately `15 billion ($228 million).

Bombardier is providing the first driverless unattended mass transit solution in India. The globally-proven communications-based train control solution will be delivered to Delhi Metro Line 7, a part of the metro’s expansion plan. The contract is valued at approximately `3.9 billion ($62 million). Bombardier is DMRC’s largest contractor for signalling and train control solutions with over 130kms of signalling lines delivered or in progress.

In 2013, the Korean major Hyundai Rotem secured the contract for the supply of 486 metro cars for phase- III extension of Delhi Metro valued at almost 4600 Crores Indian Rupees – the single largest Rolling Stock contract awarded in India till date. Hyundai- Rotem also delivered the first rail coach for the 72km elevated Hyderabad Metro project as part of a large order for 171 metro cars that L&T Hyderabad Metro Rail placed on the consortium. Hyundai Rotem is leveraging its world-class quality and technology to win metro projects in emerging markets like India that promise high business growth and still continues to be a dominant player retaining its competitiveness even by delivering trains out of Korea.

Bharat Earth Movers Limited (BEML), a public-sector company, has become a major supplier of metro rail coaches, sending more than 700 coaches to the metro projects in Delhi, Bangalore and Jaipur, with more on order. BEML has participated in many metro projects in India as a consortium partner with ROTEM.

Not all projects have used the Indian option. Mumbai and Navi Mumbai Metro uses Chinese-built coaches supplied, while the Hyderabad Metro’s supplier is South Korea’s Hyundai.

Much of metro-rail costs result from civil construction, which could ensure tremendous growth prospects for Indian and global transport infrastructure companies, at least for the next two decades.

In coming months and years, the metro rail transportation sector in India will see increasing competition as multinational companies vie for lucrative contracts and subcontracts to metro projects across the country. As many projects are currently underway in Delhi and NCR, Karnataka, West Bengal, Rajasthan, Tamil Nadu, Kerala, Maharashtra and Andhra Pradesh. Uttar Pradesh, Gujarat and Punjab and also the union territory of Chandigarh which has approached the Central government for financial assistance to set up metro rail. Besides, Maharashtra is also keen to develop metro projects in Nagpur and Pune.

The latest technologies in the metro rail system include driverless train operation and Unattended Train Operation using Communication Based Train Control (CBTC) signaling with moving block technology instead of present Signaling systems on the Distance to Go (DTG) technology. This will improve the performance of the metro system through improved service headway. Higher Motorization and improved Braking systems with bogie or car control will improve energy efficiency. The energy saved through regenerative braking can be fed back to the grid with minimum wastage through advanced technological solutions like Harmonic Energy Systems Optimizer (HESOP). Critical systems like propulsion, brake, door, HVAC, PA/ PIS etc. are software controlled for increased efficiency and safety. Fire retardant materials for minimizing fire hazards and ensuring safety and bogie design to suit tighter curves, reduced lateral forces, minimum wheel wear and tear, better suspension characteristics to improve ride comfort for passengers among others have been developed. 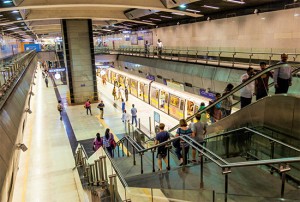 Ticketing has been amongst the most innovative areas within rail and metro, perhaps most visible in smart-card systems overtaking paper tickets in a growing number of the world’s transport networks. The next development could well be Virtual Agents, essentially a station computer offering a combination of ticket office, vending machine and call centre. A passenger using the Virtual Agent is able to talk to a ‘real person’ in ‘real time’ offering a similar experience to being a the ticket window except that it is over a video link. The ticket agent you speak to would be likely be posted at a central ticket office hub.

For rail companies this would enable a central pool of staff to be deployed across the network to enable being focused at certain peak times. It would also potentially offer the opportunity to offer ticket advice in different languages and even link staff from quiet stations into helping at busier stations at peak times. For passengers it offers not only a human contact but also the immediacy and speed of a ticket machine. Challenges for this service exist, not least ensuring a communications infrastructure exists that can support non-stop video calls but with virtual ticketing agents already being trial led by Deutsche Bahn , this is a technology likely to begin being seen at major stations soon.