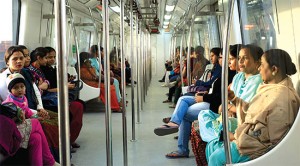 Already a major driver and motivation for gaining traction in business for the airline industry, innovative passenger loyalty schemes through structured marketing efforts that reward and therefore encourage loyal buying behavior are a developing trend for rail and metro operators. The development of loyalty schemes has become particularly important in deregulated markets where the passenger has a number of choices over a particular route. It has also been made possible by the development of smartcard technology and data storage so it can be run more effectively, efficiently and safely.

One of the most advanced rail loyalty schemes is run by East Coast in the UK. It is a Points-based scheme with points being available for redemption for a number of rewards from train travel tickets, to cinema tickets, magazine subscriptions, hotel stays or even Wi-Fi and access to First Class lounges. With development of a database providing a smarter and deeper profile of passengers, loyalty schemes looks set to grow further as an initiative to stay ahead of competition.

Train passengers can now be offered films, TV programs, music, games and news either by fixed on-board video displays (similar to airlines) or via Wireless to be watched on their own device. On example of this is NTV in Italy which offers an on-board portal, Italolive, which enables passengers to watch TV, films, news and sport free of charge and offered through Wi-Fi service.

This development improves the passenger enjoyment of a journey, particularly a long-distance one, bringing it on a par or even exceeding that of an airline trip. Not only does it create a more positive passenger experience but it also potentially opens up opportunities for further revenue generation by offering such entertainment as a paid for-service. Passenger entertainment is still at a fairly formative stage for most providers but as the technology develops and becomes more widespread it’s set to grow further.

Signage at rail and metro stations has sometimes been a neglected area amidst the developments happening around it. The evolution of colourful digital signage which can run videos and advertisements is a development which can not only improve the passenger experience but also create additional revenue streams and branding opportunities for operators.

The creation of mobile internet has revolutionized travel experience for rail passengers and development of the 4G, the fourth generation of mobile communication technology will continue to enhance passenger expectations by providing seamless and fast flow of data on the move.

Firstly, it’s expected that 4G would help end the limited and sometimes frustrating phone and mobile internet coverage today on-board in a train. The high-speed connection would speed up the pace of the roll-out of on-board passenger entertainment as it would enable the viewing of video and streaming of music far quicker and on a more stable platform. In addition the widespread use of 4G will further underline to passengers how easy and convenient mobile ticketing and on-board e-commerce can be resulting in a multi-fold increase in its usage.

MRTS is the best way to decongest traffic. However, a number of considerations should be kept in mind in order to run a successful MRTS. Viability of metro projects depend upon correct defining of traffic corridors, technology adopted, availability of land, volume of traffic and expected ridership over a long period of time, capacity utilization and acceptance of the mode by the commuters. The various models of funding these capital intensive projects needs careful examination to ensure projects are viable and completed on time.

Conclusively, transport needs to be made an integral part of urban design/ master plan of the city as it cannot be delineated to a separate entity. A multi-modal transportation system would ensure the use of MRTS to its best potential and create SMART cities in its true sense.