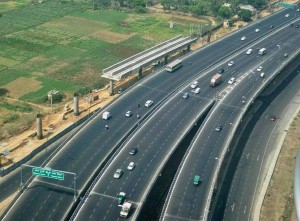 The Uttar Pradesh government has signed a memorandum of understanding (MoU) with five firms for construction of the 15,000-crore Lucknow-Agra Expressway which will be the country’s biggest six-lane access controlled highway. The work on the 302km long project is likely to begin in December this year. 11,500 crore would be spent on building the expressway, 3,500 crore would be given as compensation towards land acquisition for the mega road project that passes through 10 districts. Larsen & Toubro will be responsible for the Lucknow to Unnao stretch, Afcons Infrastructure will be constructing the Unnao to Kannauj stretch, Nagarjuna Construction Company will build the Kannauj to Etawah section. Afcons Infrastructure the Etawah to Firozabad stretch and PNC Infratech will be building the section between Firozabad and Agra.

Being built under the EPC (engineering, procurement and construction) contract, the expressway is expected to cut the travel time between Lucknow and Agra from around six hours to three hours. It would also ensure better connectivity between Lucknow and Delhi after it is merged with already operational Noida-Agra Yamuna Expressway.

Previous: Volvo introduces new trucks in India
Next: Outer Delhi set to get a smart city