She further explains, “In terms of Co2 sequestration, the temporary damage caused by cutting of 2,700 trees at Aarey Milk Colony will be compensated in four days once the Metro Line 3 train gets operational. And lifetime damage will be compensated by 80 days of Metro Line 3 train operations.” Besides, 461 out of 2,700 trees will be transplanted in the vicinity, and 13,000 more trees will freshly be planted which will substantially mitigate the impact.

So far, MMRC has planted 14,346 trees with 6”x 12” girth and 12 -15 feet height of native variety and also planted 9,500 trees as per the Forest Department norms under CSR. Thus, a total of 23,846 trees are planted at different locations, including the degraded areas of Borivali National Park. The trees are maintained properly and have been surviving for the past two years. Similarly, 13,000 additional trees will be planted wherever land is made available to MMRC including Aarey Colony.

Why Not Opt for Kanjumarg Land?

“The High Court had also asked MMRC to deposit Rs 2,600Cr to cater to the ownership claim. If the claims are established as per the Land Acquisition Act, MMRC would be required to pay compensation for double the land cost ie. Rs 5,200Cr,” Bhide complains. She puts forth a valid point here: “When an undisputed and unencumbered government land belonging to Dairy Development Department was already made available for Metro Car Depot in 2014, why would MMRC depend on a disputed land where the claims of private parties were still undecided with a potential liability of Rs 5,200Cr.”

MMRC has informed the HC in an earlier case that there is a loss of Rs 4.2Cr for every day’s delay in this project. So, the delay in getting the car depot land and completing the depot activities would substantially incur additional financial burden on the project. Shifting of car depot from Aarey Milk Colony to Kanjurmarg would also be financially burdensome as the line that will have to be extended for another 10km is not part of JICA funding.

When asked if the Mumbai Metro – Line 3 is fully underground, why then is the depot not underground, Bhide explains, “For a 33.5 km-long Metro-3 corridor with 27 stations and 72,000 PHPDT capacity, Metro Lines about 25-30 hectare space is required for car depot. An underground car depot of this site is neither technically feasible nor financially prudent and sustainable.”

According to Bhide, the underground depot would have air conditioning requirements of a huge scale for 100 – 150 years of operational life which would be more damaging to the environment. Besides creating such huge underground space would warrant excavating the surface land and using a cover method which would need cutting of trees on the surface. So, there is no scope for saving of trees even if the depot is made underground. On the contrary, such underground structure would be unsustainable in the long run. 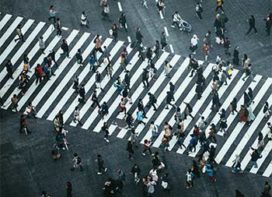