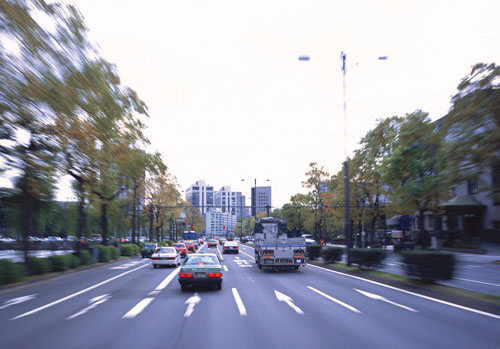 In BOT road projects under the PPP model bid out before 2009-10, the private party/consortium which develops the project is required to hold a minimum level of ownership in the project throughout the concession period, usually 26% of the shareholding of the SPV developing and operating the project. This ownership ‘lock-in’ ensured that the successful bidder which won the bid to develop and operated the project based on technical and financial qualifications would stay involved in the project throughout the tenure of private participation in the project. On the flip side, this lock-in also means that while the winning bidder is allowed to sell a majority of the ownership of the SPV and give up the operational control of the project, a substantial value of its investment cannot be monetized until the end of the concession period. In the current scenario, where a large number of project developers are faced with liquidity crunch and financial stress, there has been a strong demand for allowing the developers of existing projects to fully exit from their projects. It was in this context that the NHAI notified a new exit policy for highway developers in January 2014. The new exit policy allows a project’s developer(s) to fully exit by way of a ‘harmonious substitution’ mechanism. The original concession agreement and corollary documentation which the developer(s) entered into with the NHAI and the lenders provides for substitution of the developer(s) at the behest of the project’s lenders if there is a financial default or breach of concession agreement.

The exit policy is applicable to the following national highway projects:

(a) On-going 2-laning and 4-laning projects, which have achieved financial closure (but not COD);

(b) On-going 6-laning projects, which have achieved financial closure (but completion certificate is not issued);

(d) All new 2-laning, 4-laning projects and 6-laning PPP projects to be awarded in future on BOT basis.

Financial Distress: The original substitution agreement requires that a financial default should have actually occurred before resorting to substitution. The exit policy permits substitution if the lenders and/or the NHAI are of the considered opinion that the project company is likely to face ‘financial distress’, and is likely to default under the concession agreement.

To avail of the substitution route under the exit policy, the project company has to make a written representation to the lenders requesting the lenders to seek NHAI approval for substitution. It appears that this representation would essentially need to demonstrate financial distress requirement. One potential challenge in this respect is that self declaration of financial distress may trigger cross defaults under other agreements of the developer(s)/project company, depending on how concepts such as ‘events of default’, ‘insolvency’, etc., are described in other agreements which they have signed.

A pertinent question is whether the project lenders and the NHAI would be supportive of providing a full exit for developers of projects which are financially viable. Financial distress of the project company as a precondition for substitution could prompt the lenders/NHAI to argue that the exit policy might not apply in relation to viable projects. It is however submitted that deterioration in the financial health of developer(s) leading to a potential inability to make requisite equity contributions or to continue maintaining any required guarantees or discharging any undertakings which may be required under the financing documents, or the likelihood of attachment and sale of their assets, including shares of the project company, can be said to lead to financial distress of the project company and consequent breach of the concession agreement.

The substitution process is to be initiated and led by the project’s lenders. Therefore, the exit policy, it appears, would be inapplicable to projects where loan obligations have been fully discharged. In such cases the developers would continue to be subject to lock-in provisions of the concession agreement. While this is ironic, given that the objective behind the exit policy is to rescue the roads sector and the lenders from the current financial distress, this does not seem to be an oversight. This ‘no full exit in zero debt road projects’ also makes the exit policy less than ideal for attracting financial investors into completed projects.

The lenders’ proposal for substitution is to be submitted to NHAI for its approval. NHAI’s discretion to reject the proposal appears to be limited to determining whether the credentials of the substituting entity are satisfactory, which are:

(a) for operational projects, adequate experience in O&M of completed road projects by itself or through its associates or subsidiaries; and

(b) for under-construction projects, requisite financial and technical qualifications for bidding a similar or bigger project

However, it remains to be seen whether NHAI will limit its approval to this specific question or will analyse the broader question of whether the substitution should take place or not in the first place.

These are still early days for the exit policy. Implementation of the exit policy to its full potential will give a much needed fillip to India’s roads sector. It could lead to an increase in acquisition activity in the sector, including by overseas financial and strategic investors. This would unlock significant liquidity for the domestic developer community and de-stress the banking system, both of which can be expected to spur domestic investment for development of new road projects. However, in order to optimize the potential benefits of the exit policy for the distressed road sector, it would be important that the lenders and NHAI take a liberal view, including by embracing the idea that substitution can be proposed even where there is no financial distress.

Previous: BEST A decade of reforms and improvements
Next: On-Road Parking Exploring Solutions