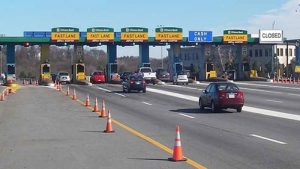 The NHAI had rolled out the electronic toll collection programme across India in December on its over 500 toll plazas while doubling toll charges from the vehicles entering FASTag lanes without the tag.

In order to give prime importance to existing FASTag users, dissuade defaulters and further encourage adoption of FASTags by national highway commuters, vehicles without FASTags entering the FASTag lane were being charged double the toll fee, and last month over Rs 20 crore were collected from 20 lakh vehicles encroaching FASTag lanes across India  .About two crore FASTags have been issued through multiple Point of Sale (PoS) locations.