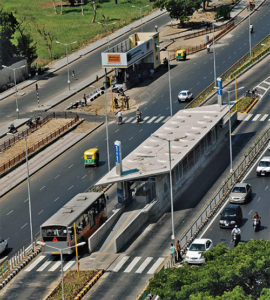 The panel discussion on ‘Reinventing Public Transport’ at Smart Mobility 2018 in Mumbai focussed on buses and its potential to cater as a main mode of transport to work as first & last mile connectivity for major mass transport infrastructure like railways & metros.

Do we want public transport to become the first choice for those who cannot afford and for those who can also get a personal motor vehicle? What is needed to make this change happen? How can we achieve it and what are the barriers to implementation? How do we focus on planning, regulations, taxations, infrastructure and technology?

Opening the discussion Dhawal Ashar pointed out that looking at the metros in India, the ridership of Bus Transport Undertakings have drastically reduced. There are many smaller cities in India that do not even have a bus service yet.

Despite carrying such large number of passengers, despite knowing that buses have the potential to really relieve all our cities of congestion, these systems are not getting enough attention.

On the other hand, motor vehicles have grown exponentially. Fleet composition is changing, motorcycles are becoming more and more prominent in our road spaces. While private vehicles and motorcycles have gone up, the number of buses are consistently going down.

Despite this, state transport undertakings carry about 75 to 80 million passengers per day as opposed to the railway systems that carry only about 25 million. Private buses carry another 160 to 180 million passengers but what we have in India right now is some 16.5 lakh buses of which 15 lakhs are private buses and about 1.5 lakh public buses. But what we also have is an alarming situation as a lot of our fleets are very old, only one-third of these fleets is just about less than ten years old. Now, despite carrying such large numbers, despite knowing that buses have the potential to really relieve all our cities of congestion, these systems are not getting enough attention. 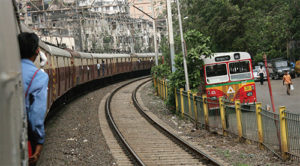 Changes happening in the urban transport are enormous, agreed Prof Swami “There is a continuum which has emerged, one part of it is people would like to have a more flexible kind of a mode; it could be a two-wheeler, three-wheeler or a four-wheeler. Public transport need not be metro or a bus, it could be anything. We need to recognize the change, if we don’t recognize then the work is going to be much more difficult.

“The moment we look at things differently, the role of Unified Metropolitan Transport Authority (UMTA) will also change in a significant way. One is not so much of a provider, a regulator or a financer, it will have financing and regulating part of it but more importantly it is more in terms of organising and managing the mode. How do you connect all these modes as a collective system rather than independent system? Therefore, we need to relook at the entire department, think of an organisation, one at a state level and another at city level.”

Prasanna Patwardhan stated that UMTA is projected or designed today like a toothless tiger. “Enforcement authorities understand only statutory provisions unless you have legal backings. Going forward, we will have to look at airways also because there are some services which people are planning to start from Mumbai airport to Nariman Point. So, there will be different challenges when we look at multimodal integration.