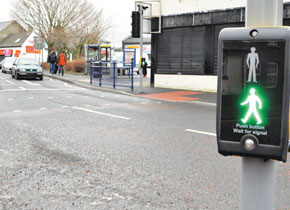 To make Lucknow city more pedestrian-friendly, the civic authorities have decided to bring 15 more Pelican crossings in the city. The system, which is part of ITMS under the Smart City Project, will be brought in the city after the success of two such ‘test’ crossings.

Speaking to TrafficInfraTech, Fareed Zaidi, General Manager, Smart City project, said, “The roads of Lucknow, much like other cities in the country, are brimming with vehicles which means that most roads in the city are not pedestrian friendly. We have identified 15 intersections for the smart signalling system including eight in Gomtinagar, four in Indiranagar and three each in Vikasnagar and Jankipuram. The installation work will start in the first week of March and be completed in 15 days.”