Jharkhand Accelerated Road Program (JARDP) has been listed among 60 UN sustainable development “People – First Public-Private Partnerships” (PfPPs) cases at an international forum on people-first PPP hosted by the United Nations Economic Commission for Europe (UNECE) in Geneva, Switzerland from May 7 to 9. Dr. Sreejith Narayanan, Vice President, IL&FS Transportation Networks Limited who attended the Forum writes about the Jharkhand road projects developed by IL&FS and its subsidiary IL&FS Transportation Networks and government of Jharkhand. 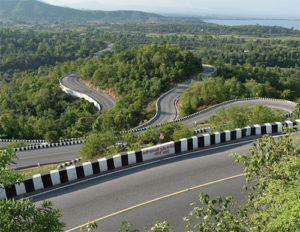 The three-day forum, themed “Scaling up: Meeting the challenges of the United Nations 2030 Agenda for Sustainable Development through peoplefirst Public-Private Partnerships,” brought together almost 300 delegates from the government, international organizations, PPP developers, non-governmental organizations (NGOs), law firms as well as academic and financial institutions from 70 countries and regions. During the first forum conducted in 2016, the Thiruvananthapuram City Road Improvement Project (TCRIP) was showcased as it was meeting the qualifying criteria for People First Public Private Partnerships (PfPPPs) project.

The government of Jharkhand (GoJ) in 2007 embarked on JARDP, a comprehensive state road infrastructure improvement programme under the public-private partnership framework. A programme development agreement was signed in February 2008 between the GoJ and Infrastructure Leasing & Financial Services Limited (IL&FS) for the improvement of 1,500 lane Km of selected project road corridors. The programme is being implemented under a Special Purpose Vehicle Jharkhand Accelerated Road Development Company Ltd (JARDCL), a JV between IL&FS and the GoJ, with shareholding in the ratio 74:26.

In the first phase, GoJ handed over Construction of Four Sections of Ranchi – Ring Road (Section III, IV, V & VI) a dream project of State of Jharkhand from the inception of the state since 14 November 2001, Ranchi – Patratu Dam and Patratu Dam – Ramgarh Road Projects. Later on, the company was also entrusted with the development of important industrial roads namely Adityapur – Kandra & Chaibasa – Kandra – Chowka Road Projects, development of which was crucial from the point of view of economic development of the State. Later in the year 2015, the company had been awarded the development of Ranchi Ring Road (Section VII). Due to its connectivity with State Highway and National Highway, this stretch is very important. Construction of this section would smooth the City Traffic by providing a bye pass to Heavy Vehicles through Ring Road. Till now, JARDCL have completed 627.16 Lane Km of Roads in the State of Jharkhand. Work is in progress of 141.45 Lane Km of Ranchi Ring Road (Section VII). 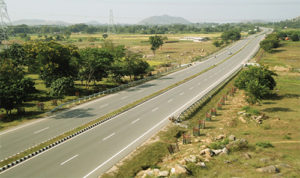 The International PPP Centre of Excellence is an operational centre of the United Nations Economic Commission for Europe established to harness the expertise and knowledge of over 2000 experts from the public and private sector to identify international PPP best practices, to assist governments in implementing best practices successfully, and to encourage knowledge sharing between countries new to PPPs and those with mature PPP programmes. People first PPPs is a model that foster access to essential public services for all where sustainable development as its objective and putting people first at the core This is in contrast, to date, with PPPs model that have been mainly done to finance public infrastructure or to seek operational efficiency gains and realize only ‘value for money’ for a particular project. While these aspects remain important, with the adoption of the 2030 Agenda, the challenge for governments and the private sector now is to implement PPPs according to a broader set of holistic criteria and undertake projects that from inception to termination create ‘value for people’.

People-first Public-Private Partnerships (PfPPs) ensure that out of all stakeholders, ‘people’ are on the top. Its focus is on improving the quality of life of the communities, particularly those that are fighting poverty, by creating local and sustainable jobs, those that fight hunger and promote well-being, promote gender equality, access to water, energy, transport, and education for all, and that promote social cohesion, justice and disavow all forms of discrimination based on race, ethnicity, creed and culture.

According to UNECE, People-first PPPs must expand in scale, speed, and spread with more people having access to better services at affordable prices.

Previous: Fines to be paid through cards
Next: Facilitating Smart Parking Space