UNECE STANDARD ON PPPS IN ROADS 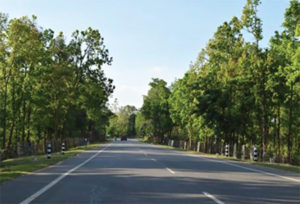 Road infrastructure is crucial for achieving most of the United Nations’ Sustainable Development Goals (“SDGs”), from their role in providing interconnectivity to boosting economic trade and development, roads assist in the eradication of poverty to increasing access to education, water supply and industrial and commercial opportunities, to combating climate change by using low impact materials, improving more efficient travel and reducing fossil fuel usage. In fact, high quality, well planned, efficient roads can alleviate climate change and mitigate the fact that “climate change presents the single biggest threat to development, and its widespread, unprecedented impacts disproportionately burden the poorest and most vulnerable.” UNECE supports the use of partnerships for sustainable development and has produced a Standard to provide guidance to governments considering the use of PPPs to deliver investment in roads infrastructure as a way of meeting the SDGs and achieving PfPPP. 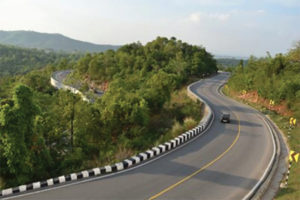 PPPs in Roads can help governments tackle development needs by bringing sustainable investment, replicable processes and expertise to complex roads transportation networks. This Standard is intended to assist governments in the successful use of PPPs in road projects and as a step towards universal implementation of the SDGs and achievement of PfPPPs. There are many different models of PPPs in the roads sector worldwide. The challenge for governments developing Road PPPs is to ensure consistency between a country’s road project strategy and program and the achievement of the SDGs and PfPPPs. Ensuring value for money (VfM) should be at the core of the public sector’s decision to engage in a Road PPP, however improving people’s lives is also equally important. A Road PPP would therefore be considered a VfM transaction if it generates a net economic benefit for the public in terms of quantity, quality of the service or facility, cost and risk transfer over the project life, and achievement of the various transportation related SDGS relative to a traditionally procured public alternative. Hence, the VfM assessment of a PPP should be based on traditional notions of VfM in PPPs, but also outcome based performance that brings the greatest benefit to the people the project aims serve. As a result, both value for money and value for people should play a fundamental role in the decision of whether a public institution should enter into PPP agreement. 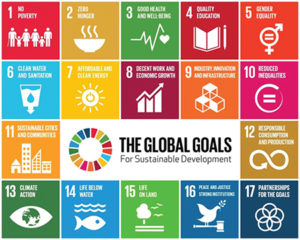 The Jharkhand road projects developed by IL&FS and its subsidiary IL&FS Transportation Networks Limited and GoJ is a classic example where the project endeavors to gratify the contractual relationship between the private and public sector, while delivering value for people and protecting the community and environment. The project was shortlisted for the SDG 9 “Build resilient infrastructure, promote inclusive and sustainable industrialization and foster innovation”. The project was evaluated in detail in terms of poverty alleviation, increased access to essential service and promote equity, mitigating the effects of climate change and cutting CO2 emissions, replicability, training of employees, women empowerment and engaging all stake holders.

The road projects in Jharkhand connects the tribal areas to the City of Ranchi and supplements the economic sectors involved along the project highways, which include Mining, Glass Manufacturing, Dam, Power Plant and Agriculture. The communities along the corridors were mostly tribal and the project team has witnessed significant followers of naxalism in those area. Post completion of the road projects, the socio economic development of the respective areas and the life of the people who reside at the project influenced area and neighboring areas have improved. Schools, Hospitals and various employment opportunities are available in the area. Adequate environment impact and mitigation measures were incorporated during the construction phase and also during the current operation phase. 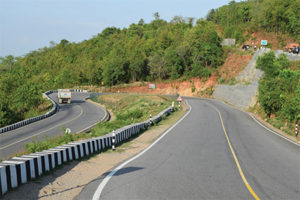 The state falls under the Tropical to Sub-tropical climatic region with three distinct seasons; winter, summer, and monsoon. Average rainfall of the state is 1300 mm. Attempts are made during all the phases of road lifespan, from planning to design & Construction, operation and maintenance to incorporate three pillars of (environmental, economic and social). During the Development phase, around 11000 trees were to be shifted and to mitigate its impact 70,000 trees were planted all along the project highway. Additional plantation will improve the micro climate of the region in long term. Critical environmental issues were subject of detailed examination of environmental impact assessment. Social impacts have been minimized by planning alignment not to the pass through commercial and built up areas and villages. CO2 emission levels over the time will increase due to traffic volume, however, we are attempting to reduce the emissions by maintaining the road roughness below 3.0 m/km during the entire project life as well as enhanced capacity of the road (from 1.5 lanes to 2.0/ 4.0) lanes will result in reduction of annual CO2 emissions of the project road below threshold limit. The community engagement was significant in the respective project, our team engaged with a population of 75,000 in 40 villages with Mobile Medical Units. Apart from that skilling programs were incorporated in the schools adjoining the project area. The appreciation of value of land has also lead to reduction in migration and also improved to socio economic standing of the local people due to improved and better accessibility of infrastructure.

“A People First Public Private Partnership is a long term contractual relationship between the public and private sector, where delivering value for people is the core objective, there is a commitment to serving and protecting the community, and the project is developed with the real interests of people in mind.” 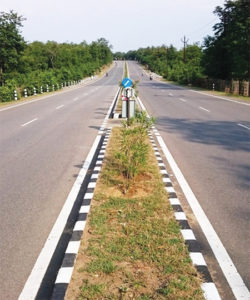 Jharkhand road projects have clearly demonstrated the skill sets of IL&FS in terms of delivering that public and private organizations can work together to develop infrastructure, create jobs, protect the planet and promote economic growth to the communities. This has helped the JARDP to be a part of projects that aspire to meet the UN Sustainable Development Goals. UNECE’s objective is to share the best case studies from around the globe with governments, NGOs, developers, capital providers, and other stakeholders and enhance the implementation of the SDGs, improve the quality of life for all, protect the planet, and promote prosperity and peace.

IL&FS is the first non-banking financial institution in India to establish a system of environmental and social governance, long before sustainability was the buzzword as it is today. In 1995 the company, developed an Environmental and Social Report (ESR) drafted according to the requirements of the World Bank. It then underscored its interest to pursue Environmental and Social Governance in its business operations by signing the United Nations Environmental Programme Finance Initiative in 2006.

Previous: Fines to be paid through cards
Next: Facilitating Smart Parking Space