Share !
The world is changing, transportation is evolving, and the traffic analysis solutions have adapted. Informed decision making is imperative to building sustainable road infrastructure. Nothing will provide road managers with richer information than reliable, permanent monitoring systems. The technology currently available for accurately monitoring busy multi lane roads (+3 lanes/direction) requires permanently embedded systems. Affordable and easy to install, induction loops are a tried and tested technology. In recent years, however, MetroCount has innovated the approach to data collection, transmission, and storage. 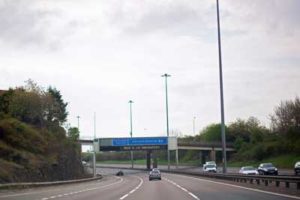 MetroCount’s RoadPod VL works smoothly both out-of-box or when connected to pre-installed loops. Due to their modular design, these counters have no limitation on the number of lanes of traffic that can be monitored. They record detailed data, such as individual vehicle speed, length and the gap between vehicles. Storing information at this level makes data manipulation very flexible. In addition to quality statistics, our FieldPod telemetry system enables remote site diagnostics and data download with minimal data loss and improved redundancy.

In Scotland, the Falkirk Council combines a range of data collection technologies to effectively monitor their road network. They manage about 90 permanent sites. In addition, the council installs tube counters on roads that do not have a permanent site. As Transport Planning Officer, Sean McCabe, explains: “We try to monitor every road on our network, every three 3 years or less, based on the availability of resources. We have a range of traffic counters, including the MetroCount RoadPod VT [Vehicle Tube Counter] and we recently purchased your RoadPod VL 5810 loop counters. I find your systems superior in almost every way. I particularly like how I can transform the data file back in the office.” 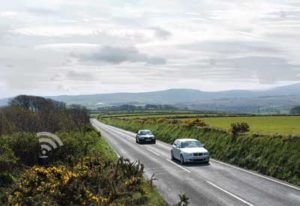 Cormac is an arm’s length management organisation (almo) wholly-owned by Cornwall Council, in the south of the UK. They specialize in the engineering and construction of highways. Their Traffic Monitoring Engineer, Mike Cartwright manages an extensive network of loop counters. After some disappointments, he recently decided to retrofit RoadPod VL systems to their embedded loops. He gives more details:

“Most of our sites in Cornwall are simple two-loop counting sites; either permanent or on rotation. Your counters work absolutely fine with our existing loop sites.

“The sites are usually used for monitoring long-term trends, so instead of having to carry out battery changes every three or four weeks, which is what we do with the older lead-acid battery powered sites, we can now go out every three or four months. The time savings are huge, and the counters seem reliable enough to be left for this long. The biggest selling points for MetroCount’s loop counters, as far as I’m concerned, are reliability and battery life.” 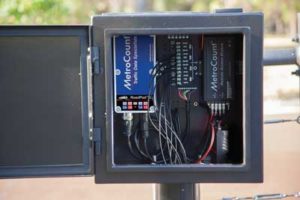 Piezoelectric sensors are very sensitive, providing the same level of data quality and detail as tube counters, but in the long-term. Embedded in the pavement, piezoelectric strips are very light and flexible which enables them to comply with various road profiles in a non-obtrusive and durable manner.

MetroCount’s RoadPod VP piezoelectric counter is designed to monitor multi-lane roadways. Also modular, this system can connect to others alike for a customized solution and/or to an additional remote access hardware.

A mix of Tubes, Loops and Piezos

After using portable counters for over 15 years, the Queenstown Lakes District (New Zealand) has decided to install permanent systems. Now, their monitoring network makes use of pneumatic tubes, piezoelectric strips, and inductive loops. This technology mix was recommended by our traffic experts after carefully evaluating the conditions and requirements of each site.

Alison Tomlinson, Infrastructure Analyst at QLDC gives us more details about traffic in Queenstown: “Queenstown has a unique environment in that it is a ‘small town’ with big cities issues. As a world-class tourist destination, we have a huge visitor population, with a relatively small residential population. Traffic peaks often when tourists visit ski fields and other key destinations. Then, the physical landscape (mountains, valleys, rivers, and lakes) restrict traffic options for users. Queenstown is an extreme mountainous environment with high summer and low winter temperatures – subject to snow and ice, making traffic counting more complex than usual.

We installed our piezo counters in urban areas. However, we also wanted to monitor traffic on Crown Range Road, a mountain pass which is New Zealand’s highest public sealed road. This road carries traffic to some of the major ski resorts in the area and is subject to snow and ice. The loop counters are expected to cope better under the extreme conditions and regular winter maintenance such as snow ploughing and grit.”

Monitoring the shift in Transport modes 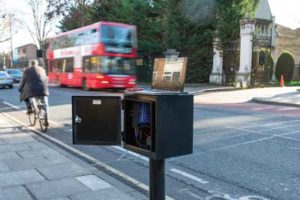 Bicycle adoption is now a key indicator of a transition in transport modes across the globe. In this context, we have noticed an increased demand for accurate bicycle monitoring. But monitoring bicycles is only part of the equation. Is bicycle adoption increasing fast enough? Are car volumes and congestion decreasing meanwhile? The only way to answer these questions is through detailed traffic analysis and, in the last years, we have assisted several road authorities to merge their motorized vehicles and bicycle data.

The London Borough of Ealing took its first step to becoming more sustainable when implementing an award-winning cycling infrastructure. This was quickly followed by the installation of RidePod BP (Piezoelectric Bicycles and Pedestrian Counter) systems across their network. Then, they decided to go a step further and install RoadPod VP counters right next to their bike sites. This measure enables the Londoners engineers to easily co-relate changes in transport patterns over time.

In Switzerland, the roads of the City of Biel have reached their capacity. To improve travelling time, air quality and road safety, the authorities have decided to build a ring road and invest in active transportation infrastructure. To measure the success of their initiatives, the local engineers have conducted a before-after study. A total of 32 tube counters and 9 inductive loop systems have been installed across the city to collect data on motorized traffic. Another 9 piezoelectric bike counters have been set-up next to the loops to compare the distribution. Since building livable cities is highly dependent on strong community engagement, the real impact will be felt in a few years, a good reason why installing permanent counters is the solution to understanding traffic evolution

Previous: Mobile Network Data in Transport Planning
Next: “We expect to be a leading player in Smart Parking solutions & Toll Collection”