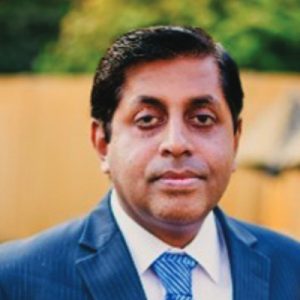 The Innovating for Clean Air (IfCA) programme is a joint initiative between India and the UK to pilot air quality improvement initiatives in Bengaluru. The goal of the programme is to work with innovative businesses, local authorities, academics, and civil society organisations to develop interventions which have the potential to improve air quality. One focus of the programme is supporting the Government of India’s FAME scheme to accelerate the adoption of electric vehicles by doing a pilot project on optimally planning the electric vehicle charging infrastructure in Bengaluru. The key partners of this pilot are IISc Sustainable Transportation Lab. (IST Lab), Bangalore; Catapult UK; and Urban Morph). Prof.(Dr.) Ashish Verma, Convener of IST Lab, gives an account of the recently completed pilot project.

The Government of India is supporting EV adoption and has created schemes and policies to increase their uptake in the country with the aim of 100% electrification of vehicles by 2030. However, EVs are failing to make fast inroads into the market. Out of the many reasons, range anxiety and lack of charging infrastructure are cited to be the major barriers. Charging and waiting time have also been discussed as being a potential barrier. It is very important to plan the optimal charging infrastructure in terms of siting, sizing (including with respect to the power network capability) and pricing and consider not only current but future demand as well, as the vehicle population is growing.

This project developed a tool that will help stakeholders like BESCOM in Bengaluru, to better plan for the infrastructural requirements of electric vehicles, thereby facilitating their adoption and leading to a more sustainable transportation system for the city with improvements in air quality. The primary beneficiaries of this recently completed project are the planning organisations like the BESCOM and the BBMP who have long been planning to help increase the adoption rate of electric vehicles but are finding it difficult to materialise it on ground. Even though Karnataka was the first state in India to introduce its own electric vehicle policy, the transformation towards electric mobility in the state is very slow. The major roadblock to this transformation is the lack of charging infrastructure. 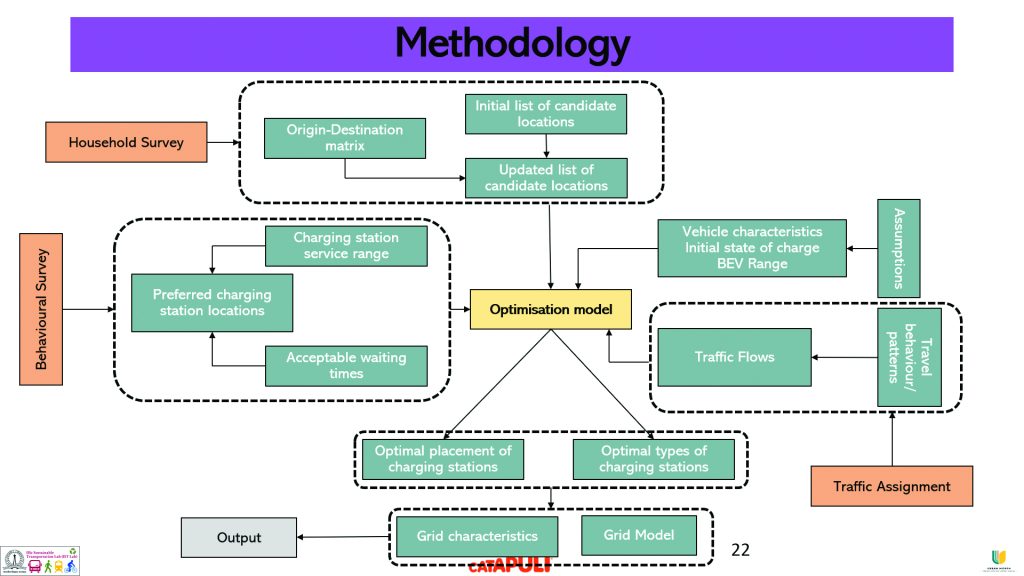 This project undertook a widespread data collection process mainly involving two types of surveys viz. behavioural survey and a travel diary survey. For the behavioural survey, potential electric 2-wheeler and 4-wheeler buyers were chosen. The respondents were randomly chosen and screened for potential buyers. Data collected from behaviour survey included socio-demographic information of the respondents, certain latent variables and stated preference data for vehicle choice and charging location choice. About 1000 samples each for potential 2-wheeler and 4-wheeler buyers were identified and surveyed. For the travel diary data 5000 household samples were surveyed. The study area is Bangalore Metropolitan Region (BMR), which includes the three districts viz. Bangalore Rural, Bangalore Urban and Ramnagara districts. The study area is divided into 384 traffic analysis zones (TAZs). The households were randomly chosen using electoral rolls and surveyed. The number of samples for a zone was decided based on the proportion of total study area households in that zone. Data collected in household survey mainly includes household characteristics and activity-travel characteristics of each individual member of that household. 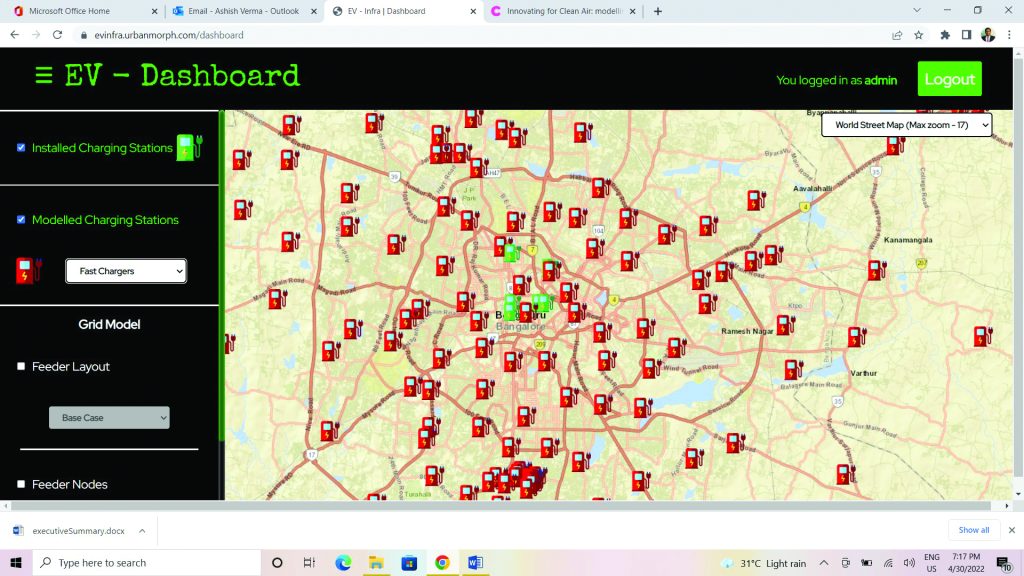 Multinomial logit models (MNL. Models) were estimated using the behavioural survey data to understand the preference for location of charging. The model also gave us insights about the impact of various charging station attributes such as charging time, charging cost, waiting time and accessibility on the choice of location. The outputs from MNL model are used in devising the optimal locations of charging stations.

A list of all the potential candidate locations was developed based on the secondary data available. This has the addresses of shopping malls and other major shopping places, major office areas, petrol stations etc. in the city. This list was then updated based on the origin and destination places from the travel patterns. Outputs from behavioural modelling (accessibility, waiting time, service range etc.), traffic model (trip lengths, origin and destination places, dwell times etc.) and some assumptions about the initial state of charge and battery electric vehicle (BEV) range was fed as inputs to the optimisation model. Optimisation model then churns out the list of optimal locations where the charging stations should be placed across Bangalore Metropolitan Region 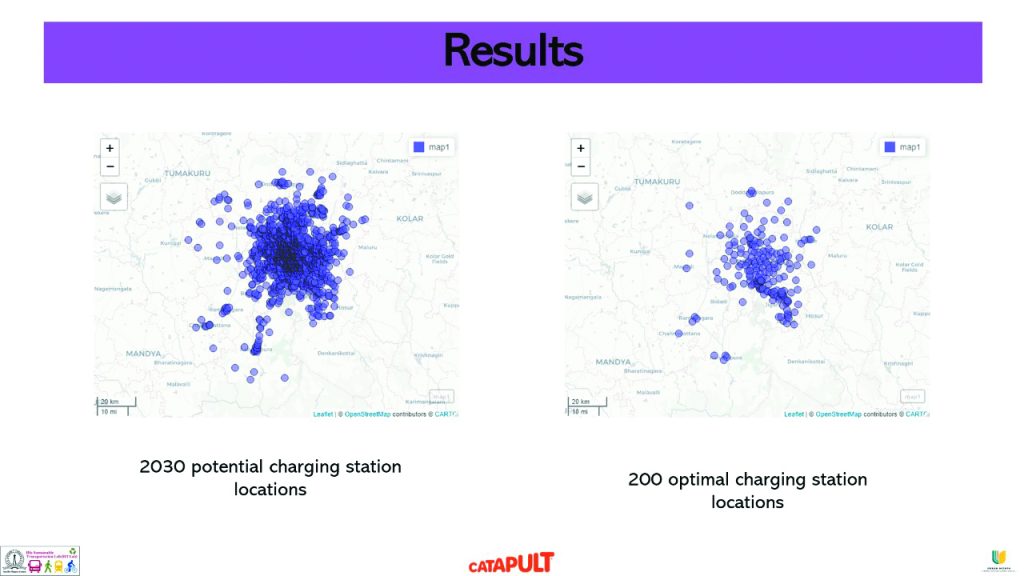 An important output from this project is the development of a graphical user interface (GUI) that brings all these complex modules together on a platform for stakeholders to play with (as shown in the figure). In this GUI, stakeholders can play with different scenarios such as different mixes of charging stations, vary different assumptions and so on.

BESCOM recently set up 126 charging points in the city for electric vehicles in Bengaluru under a plan to add 678 charging stations in Karnataka. The developed tool under IfCA pilot can help BBMP and BESCOM to optimally plan the charging infrastructure with consideration given to the resource constraints keeping in mind the requirements and demands as well as analysing the impacts on the grid.

In terms of social impact, the project has the potential to save resources/income for governments that can be allocated to provide quality public services such as health, water and sanitation and education. It has the potential to reduce premature mortality and conditions caused by poor air quality and improve the overall health and wellbeing of citizens in Bengaluru. Also, the growing oil prices affect not only the vehicle owners, but its worst impacts are on the farmers and the poorest of the economy. 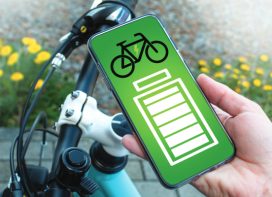