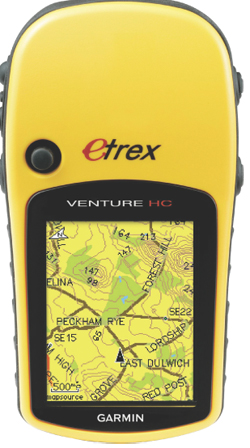 In 2010, the Gujarat State Rural Road Development Authority initiated a project to use GPS (Global Positioning System) for preparing a GIS (Geographic Inform ation System) database to implement the PMGSY in all the districts of Gujarat. The Pradhan Mantri Gram Sadak Yojana (PMGSY) aims to give all-weather road connectivity (defined as being connected by a single all-weather road) to habitations with a population of 500 and above in plain areas and with 250 people and above in hilly, tribal and desert areas. As per the data published by the government in 2012, a total of 4715 habitations in Gujarat still do not have road connectivity. Among these, about 450 habitations have a population above 1000, 440 habitations between 500 and 1000, 2144 between 250 and 500, and 2141 habitations have a population up to 250 people.

The importance of the PMGSY stems from the fact that rural roads play an important role in the economic development of our country where a large percentage of people still live in rural areas and are heavily dependent on agriculture. Rural roads enable people to have access to basic economic and social services, and also to transport agricu ltural produce to the market centres.

The project to use GIS for the PMGSY in Gujarat is being carried out by Vadodara based CAD Consultants & Services (CCS). An important part of the PMGSY is the preparation of detailed District Rural Roads Plans (DRRP) and the Core Network (CN) Plans. The District Rural Roads Plan for a district contains detailed information on the existing road network system for all the blocks or talukas in the district which includes national highways (NH), state highways (SH), main district roads (MDR), other district road s (ODR) and rural roads constructed by different agencies, the roads under construction as well as cart tracks and paths. The DRRP also clearly identifies the proposed roads for providing connectivity to unconnected habitations in an economical and efficient way, in terms of cost and their utility. The Core Network Plan is the network of all the rural roads that are necessary to provide basic access to all the habitations. A Core Network Plan is extracted out of the total network of the DRRP, and consists of existing roads as well as the new roads required to be constructed for the as yet unconnected habitations. This entire process generates a large amount of information related to rural roads 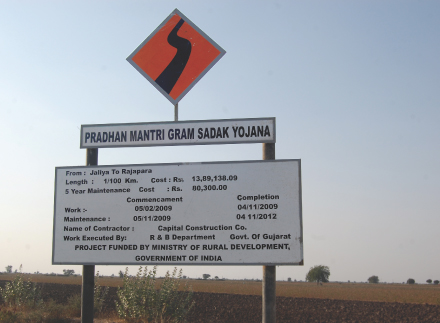 such as number of habitations in a block, number of blocks in a district, the population of the habitations, block boundary, district boundary, DRRP Roads, CN Roads, CN Road Segments, road surface type, bridges, level crossings (manned & unmanned), stone and sand quarries, market centres, water bodies, tourists places, drainage, railway lines and much more. This volume of information is difficult to process, manage, update, sort and retrieve by traditional, manual methods. A GIS database is quite suitable for planning, constructing and monitoring of rural roads since all the relevant data in this case is geographically referenced, and the GIS makes it very easy to store, retrieve, analyse and present geographically referenced data.

A GIS database requires two types of data – spatial data and the corresponding attribute data of the spatial features. In case of the PMGSY project, the spatial data consists of information about the habitations, the DRRP and Core Network Plan along with different boundaries and the information being stored in different layers. The attribute data includes information about characteristics of the habitations and of the road network, and contains measurements or values for the features required for planning. It includes data about road surface types, length of road links, road surface condition parameters, etc. The attribute data for the project was entered through the Online Management, Monitoring and Accounting System (OMMS) – a web-enabled applications software, especially developed by C-DAC, Pune for the PMGSY. The OMMS helps the personnel enter data at the point of origin, namely at the Project Implementation (PUI), the Gujarat Rural Roads Development Agency level and National Rural Roads Development Agency level for other relevant data. This avoids the duplication of data.

“A company or consultant could be given a contract to update and maintain the database for around five to seven years. The contractor who works on upgrading the database should make the final output editable so that the next contractor can work on it easily. These requirements should be included when the tenders are floated for the GIS database mapping work.” – Vishang Thakore

Preparing a map just by satellite data is useful only for mapping out the main roads in the area, but not for small habitations of 30-40 households which the PMGSY seeks to cover. In these cases, Thakore and his team gathered the data by going physically to the locations which needed to be mapped, and then doing the mapping with the help of a GPS instrument, while taking the help of local people for the survey. For doing this, the section officer of the concerned block accompanied personally, or deputed a person to go along with the surveyors from CSS, and showed the roads which were planned to be constructed, those which were in the process of construction, and those which had already been constructed. He also showed the location of small habitations of around 30-40 households in remote locations. The points or landmarks to be included in the map were marked manually or noted by the CSS surveyor – examples of these being a school, post office, river, cross drainage works such as pipe drains, slab drains, bridges, religious places, and stone & sand quarries. The alignment of the road or the path between the points thus selected was marked out automatically as the surveyor moved between the points with the GPS instrument.

Out of a total of 25 districts in Gujarat, the GPS mapping and creation of a GIS database has been completed in about 20 districts. The entire exercise is expected to be completed in the first quarter of this year. 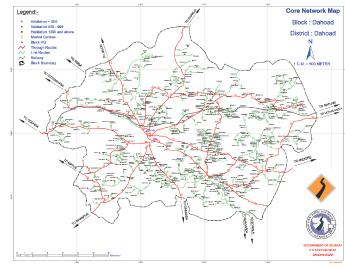 The basic technique the team used for this was to turn on a GPS instrument which had accuracy of up to 3m, and let it record track-logs as the surveyor moved about in the desired area. These track-logs could be uploaded directly to the software OpenStreetmap and displayed on the editing map. Once this missing data was filled in, census maps for community blocks, and road maps with field engineers were used to update the maps further. The updated SoI toposheets were then converted into a GIS compatible format by scanning and registering them with pre-marked control points showing latitude and longitude information. Six different layers of spatial data were then extracted from the scanned images of the maps: the different boundaries were extracted as area layers; the roads, water bodies and railway lines were extracted as line layers while the location of habitation and cross drainage structures were extracted as point layers. During this digitisation process, a unique identification number was assigned to the habitations in the point layer and roads in the line layer to make the spatial information in the database and the map data in the GIS software compatible with each other. The digital map thus prepared was the digital DRRP.

The next step was the preparation of the digitised Core Network Plan. The Core Network Plan basically gives information about two types of roads – through routes and link routes. Through routes are bigger roads that collect traffic from several link routes, and lead directly to a Market Centre or higher category roads such as major district road (MDR) or state highway. Link routes end in habitations while through routes end in market centres or bigger roads, and are served by many link routes. Other attribute information in the core network plan include number of links, length of each link, number of habitations served directly or indirectly by the link, total population served by the links, connected and unconnected habitations and the links connecting them, details of the unconnected habitations, and links proposed for connecting them. The task of preparation of the Core Network Plan is simplified using the network and routing modules in the GIS software.

Geo-referencing of data: After the preparation of the digitised maps the spatial data was Geo-referenced, a process by which features on the maps are assigned real-world coordinates. This process is done through the OMMS software mentioned earlier. Now the two types of data – spatial and non-spatial or attribute data have to be linked so that the total number of spatial features represented in the maps match the corresponding data. This linking was done through special GIS software. At this stage, spatial features in the maps were cleaned and fine-tuned. The data was carefully checked for completeness and accuracy as this decides the usefulness of the data for actual, real-world use. Lastly, the GIS database underwent the process of topology creation, a process which helps in analysing the roads in the maps, developing relations among them, and their spatial relation with other map features. The checked GIS database was now ready for analysis and its ability to respond to different queries which would help in decision-making, monitoring and

Link Routers and though Routers

The GIS maps thus finally prepared can be opened in Google Maps, Google Earth and ISRO’s Bhuvan without any external

software. This makes it very convenient for the concerned officials of the PMGSY and other government officials to check any
relevant data and monitor the construction of roads, etc., online from any convenient location.

A GIS based database thus prepared with digitised DRRP and Core Network Plans is very useful due to its high accuracy, and ease of retrieval of data. Thakore adds, “The information about sand and stone quarries in the DRRP maps is useful for both the government and contractors. The government plans the construction of roads, and floats tenders taking into account the location of these quarries, sand and stone being chief raw materials in road construction. It also pays the relevant contractors on the basis of the certified and documented distance of the quarries from the place of the road construction. Though the information about elevation of the habitations from sea level in the GIS database and about the exact geographic location of habitations is useful in many ways apart from the road use, the information about cross drainage in the map gives an idea of the various sources of water that cross or will cross a road along its whole length – streams, rivers, lakes and other water sources. Depending on this information, a decision is taken to construct bridges at the relevant places, or perhaps change the alignment of the road if construction of a bridge is not possible due to economic or other reasons.”

While preparing a GIS based database for building the country’s rural road network is a significant achievement, the other part is maintaining the database thus created in terms of the quality and usability of the data. Thakore says, “The data and the maps that are made have to be updated periodically. Sometimes new tenders are floated and the mapping programme is carried out all over again, by some other contractors. But this is not required: Using GPS mapping and developing a GIS database of the habitations is really a one-time affair. What is required is just updating the GIS database for new information like the change in population, addition of new roads and changes in road surface type. This has to be updated periodically or regularly but the maps do not have to be redrawn, that would be a waste of time, effort, money and human resources.”