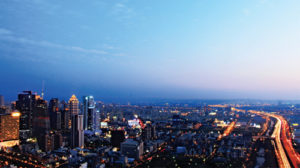 With currently around 2.8 million in habitants , Taichung City’s main transport corridors are suffering from heavy congestion. Especially during peak hours and also on holidays, the intersections in the suburban area of the Daya Region, close to the ramps of Freeway 1 and Expressway 74, are packed with traffic. The highway ramp metering system often leads to oversaturation and congestion, spilling back on to the associated urban roads and junctions thereby reducing overall network efficiency. On particularly busy days, motorists driving on Huanzhong Road from east to west, experience travel delays of up to 45 minutes. Cars travelling from south to north on the Zhongqing Road are also frequently affected by delays. In total, the area covers approximately 535 kilometres of roads with 61 signalised intersections.

Widening the roads is only the first step

To improve traffic flow, Taichung City already implemented different engineering actions: Another lane was added for vehicles turning left at the junction of Huanzhong Road and Daya Interchange Contact Road. During peak hours and on holidays, the hard shoulder is also used as an additional lane to keep traffic moving. As a third intervention, Taichung City added one lane at the junction Huanzhong Road and Daya Interchange Contact Road for vehicles traveling southwards to further minimise the delays at the intersection.

To make the best use of the existing infrastructure and further optimise traffic flow on a strategic level, Taichung City in October 2017, joined forces with Far EasTone Telecommunications (FET) and PTV Group. “The ongoing ITS system phase 2 will further expand to include more real-time data sources, such as mobile phone and GPS data. Thanks to the support of PTV Group, the motorcycle algorithms will also be implemented into the system to better localise to Taichung traffic conditions,” says Feng Hui-Sheng, Taichung Transportation Bureau Deputy Director-General.