Public Transport Projects How to build the infrastructure facilities

While the day time poses the challenge of heavy traffic and other hazards, night time brings with it the problem of low visibility and many other problems. So, it is essential that the staff is trained to handle both types of situations. 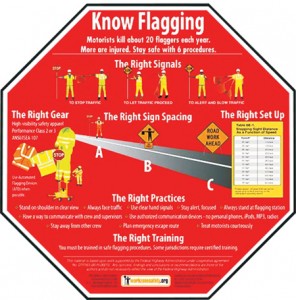 Figure 3: Use of Flaggers for Diversion and Control of Traffic at Work Zones

Constructions such as Bengalore Metro, at certain areas, are carried out in close proximity to traffic. In the absence of proper planning and precautions, they can prove extremely dangerous to the public, workers and vehicles using the roadway near the work zone. Hence, it is essential to plan and designate areas as Temporary Traffic Control (TTC) areas for use during construction. The TTC will protect the workers and allow responders in case of an accident to reach the site quickly. It also helps to separate the regular commuter traffic from construction traffic moving towards the work site.

A traffic diversion plan should be developed by conducting proper traffic analysis of the identified work zone using existing traffic pattern and roadway network near the site. Such studies should provide drawings that show the traffic diversion plan during various times of the day, particularly for day and night operations (if any). Also a traffic management plan should be drawn and approved by a certified engineer of the public agency prior to the actual beginning of the project.

Figure 3 shows the use of flaggers for diverting the traffic along the project route near the work zone. The signs by the flaggers, to be followed by the commuters, could read ‘Slow’ and ‘Stop’ and any other important instruction. But then, enforcing these needs will require proper police presence at the work site.

A good public outreach plan is a must for the success of mega projects like the building of metros. Information about the project should be spread in the community that will be affected by it at the earliest possible time to get their feedback. This will allow the proper planning of the project areas and will also help meet the needs of the local public. If the local public doesn’t support it, chances are the project can either get delayed or face changes in entirety. Any delay will certainly increase the budget, extend the schedule and have a domino effect on other future projects.

In today’s world of advanced media applications, it is much easy to prepare the information that the public needs to know about the project and spread it. A good example of using media is the recent demolition of a major bridge in Los Angeles. The project was to remove an existing bridge but needed all traffic to avoid the area during the weekend. So a media blitz about the event was made in the newspapers and on television and radio.

The public was informed about the demolition months before the commencement of the project. It was no surprise then that the project team faced no hindrance when the actual work began as people avoided the particular route during the entire work schedule. As they were informed in advance, they were prepared with alternate plans. The project got so much publicity that it was called the “LA Carmageddon.” For any public project to be successful, it is important that the safety of public and workers be given highest priority. Figure 4 illustrates the use of public information about the closure of Freeway 405 due to partial demolition of the bridge during LA Carmageddon.

As a public information service, the California Department of Transportation (Caltrans) provides on its website trips to motorists on ways of dealing with work zones. Following are the guidelines for driving near work zones for commuters:

In today’s world of advanced media applications, it is much easy to prepare the information that the public needs to know about the project and spread it.

The responsibility to make a public project successful depends on both the public agency (consultants and others involved in the project) and the general public. The key to that success is good planning (TTC, Traffic Diversion and Public Information) and programming (allocating sufficient budget for safety of work zones).

Freeway 405 shutdown at a glance

Figure 4: Public Information about the Closure of Freeway 405

By midnight Friday July 15, all lanes and ramps will be closed along a 10-mile section of the northbound 405 Freeway, between Interstate 10 and the 101 Freeway. Southbound lanes will be closed from the 101 Freeway to Getty Center Drive.The freeway and all ramps are not scheduled to fully reopen until 6 a.m. Monday, July 18, 2011
Additional information on the closure and alternative routes can be found at latimes.com and http://www.metro.net/405.
Traffic condition updates are available at http://go511.com.
See a list of roads to avoid.
Advice on getting to LAX
Source: http://www.latimes.com/news/local/carmageddon/