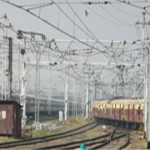 In its efforts to keep pace with the changing times, Indian Railways (IR) is looking at overhauling most of its departments. Right since IR came into existence in 1853, there has been a constant development in its inside coaches, rakes, tracks, cables and even on the railway stations. Many changes are taking place in Mumbai which has the widest network of suburban trains that ferry over 70 lakh people every day. While technology is the key word, infrastructure facilities too will be enhanced. Western Railway (WR) has successfully conducted the trial run of Indian Railways’ first alternating current (AC) traction, retrofitted inside an old rake. This has enabled the WR to increase the life of an old rake presently running on direct current (DC) with improving its power supply capacity.

Conversion of overhead supply from DC to AC

WR is exploring the possibility of improving the speed of its trains, restricting the power consumption and increasing the life of each train by almost 10 years. The shelf life of a suburban Electric Motor Unit (EMU) is around 25 years. The WR authorities are looking at concurrently converting its traction overhead supply from 1500-volt DC to 25000-volt AC by June. Keeping this in view, the Railways is making its trains compatible to run on AC traction and is retrofitting the rakes with AC electronics. The initial project is to convert 10 rakes at a cost of 45 crore at the WR workshop at Mahalaxmi, Mumbai. All the 10 rakes are expected to be retrofitted by December 2011. Western Railway also plans to convert additional 20 rakes which still have more than 15 years of codal life. This will lead to the effective utilisation of DC rakes which would otherwise have gone out of use after power conversion. The subsequent plan of the Western Railway is to convert all their 74 rakes to those that could run on 25000-volt AC lines. “This is a major project which involves replacing the existing DC equipments, cables and creating space for placement of AC electrics,” says Sharat Chandrayan, Chief PRO, Western Railway.

These rakes will be put in service after the completion of AC conversion. It will help in additional services and increase in existing rakes – from 9-car to12-car.

Signalling system is another important aspect that drives the railways as an organisation. These are getting a major overhaul both on Central and Western Railway. The process will begin with replacing the existing system with 1500 digital axle counters between Chhatrapati Shivaji Terminus (CST) and Thane. The simple and the most important function of these counters is to keep the signals operational even when the railway tracks get submerged under water during heavy showers in the monsoon. Under normal conditions, the rains result in malfunctioning of the signals. Wires attached to the tracks get affected when they get submerged under water. The electronic connections too get disrupted, which in turn corrupt the system, resulting in failures. 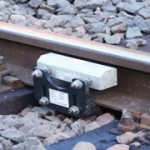 The Mumbai Rail Vikas Corporation (MRVC) has begun installing digital axle counters on the stretch up to Thane. “The device counts the axle that passes on the stretch. Once all the axles of the train pass, it sends a signal to the control room which then indicates the next train behind it,” explains a senior officer of MRVC. This system is being implemented on the Central line at a cost of around `65 crore. Similar devices will be fitted on the Western line in the next phase. Meanwhile, the WR recently called tenders for placing digital axle counters at stations of Marine Lines and Charni Road that are considered to be flood-prone during monsoon. Also, the signals have been fitted with LED bulbs that emanate more light than a normal bulb which, till now, was installed inside.

The Railways is also looking at establishing a breakthrough in the speed of trains. For instance, the MRVC that introduced the new-age Siemens suburban EMU trains in 2007, is trying to change the physical body of a train and enhance its running speed. Currently, these trains having an aluminum body, can achieve a top speed of 110kmph.

“We are designing the train and its traction motor in a way that it can go up to 130kmph in the near future,” says Dr PC Sehgal, Managing Director, MRVC who has recently retired and under whom the project was initiated. For the first time in the history of Indian Railways, the body of a suburban EMU would be made of steel which would facilitate it to run at high-speed.

In the second phase of Mumbai Urban Transport Project (MUTP), the Railways would get 72 such high-speed trains that could touch a speed of 130kmph just like Rajdhani trains which are considered the pride of Indian Railways.

Now the research wing of the IR is looking keenly at ensuring the safety of passengers travelling in long distance trains. It is planning to install fire alarm system inside outstation trains that cover over thousands of kilometres. The advanced fire alarm system is being tested on a trial basis in the Bhubaneshwar-Rajdhani train.

Also, if things go right, the IR would soon substitute the existing Auxiliary Warning System (AWS) with Train Protection and Warning System (TPWS), similar to the one functioning in train systems in Europe. The TPWS is said to be an advanced version of the AWS, which mainly prevents collision of trains, and helps in safe running. The proposed safety mechanism would be digital-based and would monitor a train’s movement. It also requires less maintenance than the AWS.

Recently, the WR also called tenders to replace the old and dilapidated AWS on the Churchgate-Virar stretch at a cost of `78.75 lakh. “The AWS works on the concept of electromagnets attached to the tracks near the signals, which then trigger relays to the passing local trains that have microprocessors fitted to them,” explains a senior railway official. There are 508 AWS on the Churchgate-Virar stretch on both slow and fast lines. On an average, each of these is fitted on tracks at a distance of 700 metres from a signal. Railway officials say that TPWS is superior in terms of train safety though there wouldn’t be much difference in its train operations.

Meanwhile the research, design and standard organisation (RDSO) – the planning wing of Indian Railways, is also developing a double-decker air conditioned train. This train is under trial at Lucknow where RDSO is located. The first such train has been planned on the Mumbai-Ahmedabad stretch.

The motormen and drivers responsible for running the trains would be given training in simulators which are video game like machines with animated features, and are handled using a console. West Bengal’s Chief Minister Mamata Banerjee had announced about introducing this latest technology for training, in the Railway Budget of 2011-12 in her capacity as the Union Railway Minister.

Once this project comes on track, the motormen running suburban local trains will have to clear tests on the screen before getting trained on the actual local train. The Ministry of Railways has allotted funds in the budget for both Central and Western Railways for setting up simulators at their training centres for motormen. The simulator is nothing but an animated electronic device which would cover all the possible circumstances that a motorman might face while sitting inside the cab. “The simulator would help us monitor the reflexes of a motorman, apart from knowing the problems faced by him sitting inside the cab,” adds the Railway officer.

Some of the most likely aspects that will be covered on the suburban section by these will be the signalling system, crossovers, trespassers crossing tracks, level crossings, etc. The total anticipated cost for upgrading technology is `12.24cr for the CR and `8.45cr for WR. The CR would have these simulators installed at Kurla car shed and WR will install them at Mahalaxmi car shed.

The RDSO has been working on animated exercises on computers that can test the mental ability, concentration power and alertness of motormen as well.