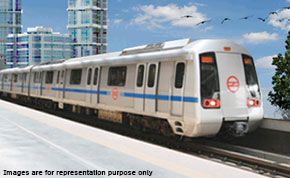 With the central government allocating Rs 950Cr to the Pune Metro Rail project and nearly one-third of the geo-technical survey being complete, work on the Pune Metro will begin soon. The first stretch of 5 km could be ready as early as 2019. The company could soon start the tendering process for the Pune Metro, work on the project would start in April 2017 and be completed by 2021.

Maha-Metro is a JV of the government of India and the government of Maharashtra that is executing the R11,420Cr Pune Metro project. Maha-Metro will be funded by the central and state governments with both putting in 40%, while Pune and Pimpri Chinchwad Municipal Corporations put 10% and the remaining to be raised from external agencies.

Maha Metro is also in talks with World Bank and Asian Infrastructure Finance Institution and others for raising R6,500Cr. Pune Metro has two routes in the first phase with a 16.59-km line and a 14.93-km line running in East-West and North-South directions. Most of it is elevated with 5 km underground. Ground surveys are being carried out across the city and almost one-third of the geo-technical survey has been completed till date. The Pimpri Chinchwad to Agricultural College has been identified as priority section and tendering for this will be floated in last week of February.

The state government is expected to make significant budgetary provision when the state budget is presented during the budget session of the Assembly which starts on March 6.