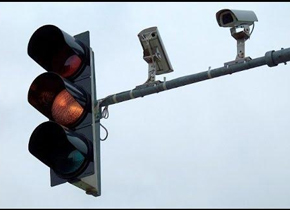 Footage from these cameras would be scanned at a control room and challans would be sent to the registered address of a violator along with a photograph of the violation. The systems are equipped with 3D vision and non-intrusive sensors that can capture multiple vehicles at the same time on different lanes. The cameras are powerful enough to record number plates from a kilometre away. Detailed logs mentioning date, time, place and GPS location of a car would be generated. Eventually, the systems would be installed at 100 vital locations.

So far, eight high-definition cameras have been requisitioned for each intersection. The system would be made part of intelligent traffic management system (ITMS).