Urban areas and regional transportation play a catalysing role in economic growth of the Country. The Government of India and respective urban local bodies have designed its policies, programs and projects towards improving the liveability of its citizens in urban India and enhancing the efficiency of regional transportation of people and goods through leveraging the technological advancements. 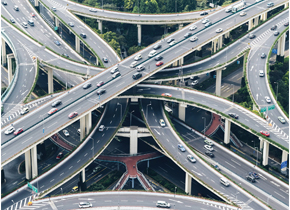 Over the last few years, several flagship programs were launched by the Government spread across urban mobility, highways, railways, Inland water ways, ports and aviation. Total spend, in excess of US$80 billion (approx. 3% of GDP) is planned during the financial year 2018- 19 alone for improving the transportation infrastructure in India through its flagship programs such as Smart Cities Mission, Bharatmala for Highways, Sagarmala for Ports and Inland Water Transport, UDDAN for Aviation.

With obvious limitation on space for adding physical infrastructure proportionate to growing demand, emphasis has been on deployment of information and communication technologies to meet the needs through improving the efficiencies. Intelligent Transportation Systems (ITS) which offer a spectrum of solutions in this direction has occupied a centre stage in designing all the programs of the Government in the transportation sector.

Recent technological advancements in the areas of Cloud Computing, Sensors – Internet of Things, Data Analytics, Artificial Intelligence, Cashless Payment Systems, Vehicle Tracking and Communications such as 5G combined are being leveraged extensively by Start-up eco-system to re-define the solution space and enhance their ability to make the ends meet. 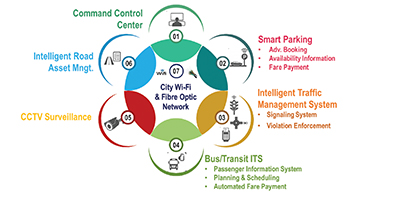 Urban ITS: With 7000+ Cities and towns and more than 40 cities with million plus population, India is urbanising fast increasing the stress on the City administration which is struggling to meet the basic necessities of its citizens. Over 5.6 million passenger vehicle registrations in 2017 and the evergrowing vehicle ownerships are only worsening the urban mobility challenge. Added to this, India alone accounts for 11 per cent of global road-injury and deaths with over 17 deaths occurring on Indian roads every hour.

Given the above facts, ITS remains the only ray of hope which can dramatically alter the face of the transport sector and will drive a paradigm shift in urban mobility over the next few decades.

Out of the 100 cities idebtified, more than 20 cities are in advanced stages of implementing more than two components listed above towards addressing their mobility issues.

Majority of the other cities/towns are expected to learn from these early deployments and adapt and customise ITS solutions to address their specific mobility problems over the next 5 – 10 years.

Highway ITS: With 5.4 million kilometres, Indian road network is 2nd largest in the world and carries almost 90 per cent of the country’s passenger traffic and around 65 per cent of its freight. National Highways constitute little more than 2% of the road network and carry over 40% of the total road traffic. Safety and long delays along the highways and especially at toll plazas are the two major problems affecting the efficiency of the system. 400+ toll plazas across the national highways are being modernized with state-of the art toll systems to improve the efficiency and reduce pilferage of toll revenue.

Also, currently, trials are on for a global positioning system (GPS)- based tolling project to enable users to pay only for the distance they travel on a toll road as against the current practice of paying a fixed toll irrespective of whether they use all or a part of a road.

Tagged with: Aviation Indian Transport ITS

Previous: Bringing in Hot in Place Recycling Technology
Next: Impact of 3D Visualisation and Mixed Reality 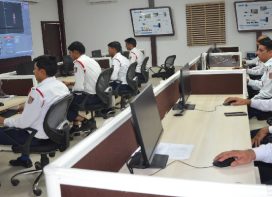