Urbanist Dhwani Talati-Padiyar argues in favour of using rickshaws for last mile connectivity, and demands dedicated space for them. While the western world is grappling with the pods, mono rails and electronic shuttles, structuring the rickshaw as a LMC solution, organizing it to be viable for both – the operator and the commuter, and optimizing its product design for financial & environmental sustainability can change the urban transport scenario, she says.

As the name signifies, last mile connectivity (LMC) implies connecting services to the end point. In the context of urban transport, the term finds relevance in public transit systems where it is referred to as both the initial and the final leg of delivering connectivity – from origin to transit system and from transit system to destination. Last mile connecting services enable commuters to easily connect or transfer to mainline, i.e., rail or bus lines either at the commencement or at the end of their trips. They are important because they complement rapid transit services by offering commuters the complete trip they need. The commuter’s reverse trip is also an important aspect of last mile connectivity. It can vary from the initial trip because of time of day, traffic, time of year and several other factors.

Often, last mile connectivity is read synonymous with feeder services. However, it implies much more than just a feeder service. It incorporates:

• easy availability of mode and options
• the time and cost incurred in the last mile
• ease of changing between modes
• ease of walking/cycling to/from stops/ stations.

Indian cities are putting in huge investments to boost and augment their transport network and expand their rapid transit system. However, the aspect of providing cheaper and convenient “last mile connectivity” to public transport users is an area of much neglect in most cities. While feeder bus services do exist in certain cities like Delhi, they are limited to a few and selective stations.

A certain part of the demand is met through para-transit modes such as auto rickshaws. In terms of supply, particularly in India, major metro cities exhibit a higher share, ranging between 7 – 13 auto rickshaws per 1000 people as compared with smaller cities where the supply ranges between 0.3 to two auto rickshaws per 1000 people (Wilbur Smith, 2007). While auto rickshaws are convenient, quite often, they are expensive in the cities, sometimes costing more than fifty percent of the total cost of the journey. Also, they carry individual passengers, thereby adding to the burden on the road space; and operate in an unorganized manner. While rickshaws are a default LMC, their non-reliability in terms of cost, quality, accessibility, numbers and pollution, do not allow them to be pictured as the best mode. This leads to the foreign players (like China, Germany and Italy) promoting their LMC modes to replace our relationship with the much loved rickshaw.

While tackling problems with the LMC, most often, the solutions are isolated as the focus is only on the final product and not on the complete urban planning/ urban management solution.

Problems with LMC are beyond the LMC itself. They root at the initiation, and follow into its implementation, its operability and finally the product itself. 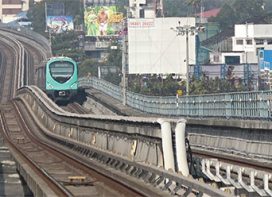 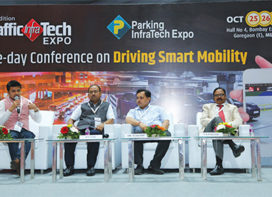 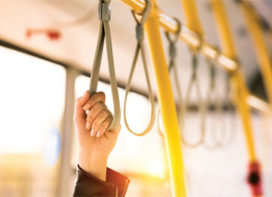