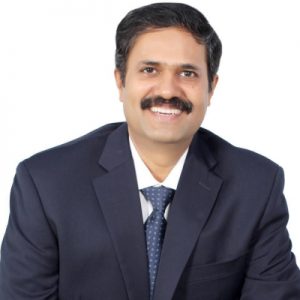 The Ministry of Road Transport and Highways has identified 104 road stretches that can be monetized for long term concessions. In the next five years, the Central government targets to raise Rs 1 lakh crore through monetization of national highways under Toll-Operate-Transfer (TOT) Model. Akhilesh Srivastava, renowned Mobility Expert and Member of TrafficInfraTech Expo Advisory Board, explains how asset monetization offers great business opportunities for industry players in existing infrastructure

Union Budget presented for fiscal year 2021-22 reiterated the Government of India’s focus on creating quality infrastructure in the country. Under the National Infrastructure pipeline, India will spend $ 1.4 trillion between 2019 and 2025 on sectors such as roads, railways, ports & shipping, energy, and development of urban & rural infrastructure. 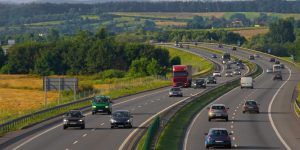 The expectation is to meet the future demand for Indian transport infrastructure in the next decade. For the upcoming ambitious projects, government seeks to encourage investor participation, with an estimated 21 per cent of the outlay expected to come from private players. National Infrastructure pipeline is a unique initiative encompassing more than 7,300 projects under it to be implemented at a cost of Rs 111 lakh crore by 2025. Out of the total outlay for NIP, approximately 20% ($280 billion) is being spent on the roads and highways sector. This sector is critical for the economic growth of the country, as it transports 65 per cent of the goods and nearly 80 per cent of the passenger traffic. The aim is to improve and expand the second largest road network in the world, by implementing schemes such as the National Highway Development Programme and the Bharatmala Pariyojana, under which 66,000 kilometres of economic corridors, border and coastal roads, and expressways are being constructed. 57% of this has already been achieved.

Through a combination of efforts, India is targeting an average construction rate of 40 kilometres of national highways per day. This will be scaling to further new heights from spectacular achievement of 36.5 kilometres per day achieved in March 2021. The government is trying to open new venues to further encourage private participation and investment in this sector, by amending the concession agreements for the BOT and HAM models, to include provisions sought by private companies. It is in this context that, road asset monetization also becomes relevant.

Asset monetisation is the process of conversion of assets, in this case contracts to build highways, bridges, roads, etc, into economic value. Asset monetization offers great business opportunities for industry players in existing infrastructure. It also helps the government reap the value of investment made in creating infrastructure.

To finance the construction of Greenfield road assets, India needs more private investment. The country has thus adopted multiple innovative models to recycle existing operational and revenue generating highways. This is also in alignment with the government’s vision under the NIP to tilt asset ownership of roads in favour of financial investors and thereby provide further impetus to private investments in the country. This model allows institutional investors to acquire and operate key infrastructure assets. This is also expected to bring greater efficiencies in toll collection, by plugging leakages and ensuring the use of RFID (Radio Frequency Identification) devices.

The Ministry for Road Transport & Highways through its implementation arm Highways Authority of India has three main methods in order to monetise its road assets:

Under this model, investors make a one-time lump-sum payment in return for toll collection rights of 15 to 30 years. Publicly-funded projects that are operational for more than a year after beginning commercial operations can be monetised. Projects under this model are awarded as a bundle of operational national highways. This model is investor friendly as it helps in minimizing risk by offsetting the risk of one project against another.

In the maiden project, this model was followed and a bundle of nine toll roads was given away for a period of 30 years. Australian Fund Manager Macquarie won the bid with a quote of $ 1.45 Billion, against a reserve price of $ 1 Billion. The Delhi Noida Direct Flyway is one of the most successful examples of this model.

A next bundle of nine roads was acquired by Cube Highways for $ 688 Mn, (Cube Highways is backed by institutional investors such as I Squared Capital, ADIA, Mitsubishi Corporation, and IFC.)

Recently two additional road bundles under TOT were also given by NHAI in the range of $139 million to $172million. More bundles are in the process.

RevIT and InvIT are collective investment schemes which enables direct investment of money from individual and institutional investors to earn a small portion of income as return from infrastructure projects.

An InvIT follows a tiered structure with a sponsor setting up the InvIT which in turn invests into the eligible infrastructure projects either directly or indirectly via special purpose vehicles (SPVs).

Six road assets worth `5,000 crore or `50 billion have been given in-principle approval for transfer to the InvIT. Assets to be transferred to the InvIT include:

The 32.6 km Chennai bypass may also be transferred to the InvIT.

In the Hybrid annuity model toll fee from the highways projects is collected by the Government/Authority sanctioning the project. Under this model, the government pays 40 percent of the project cost as construction support during the construction period. The rest of the cost will be paid by the government as annuity payments over the operations period along with interest.

Steps taken by the Government to incentivize investors:

Besides these steps, the success of the road ministry’s asset monetization plan would depend entirely on the response of investors and the term of contracts. As of March 2021, two out of last four rounds of road asset monetization failed to attract bidders.

In most cases, right to operate the road and collect the tolls is obtained after the payment of upfront value by investors. The upfront value paid by the investors is dependent on several factors like

The most likely reason for the failure of two rounds of monetization is that the value of concession is not in alignment to the expectation of the market, and hence there is no incentive for investors. Another reason could be that the government restricts concession periods to short term durations of 15-30 years. This may be due to the fact that after this period, the government may get a chance to reassess the concession value before auctioning the road asset for a second time. But still, there is very low chance for a better bid in a re auction, because by then the estimate of concession value must also consider other aspects like depreciation and other forms of wear and tear etc. The government must thus try to revisit their estimation approach for concession value based on realistic toll-able traffic estimation and also explore possibilities of flexible duration based on the type of stretch being auctioned and other affecting parameters. These steps would pave the way for more private investment in Indian road infrastructure sector and help make development projects more cost efficient.

(Akhilesh Srivastava was heading the NHAI InvIT company looking after highway asset monetization and implemented FASTag in NHAI as CGM (IT & Commercial Operations) and COO – IHMCL).