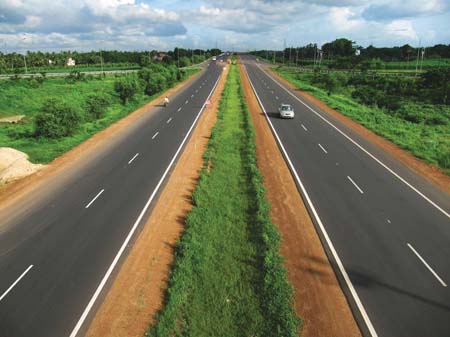 India has the world?s second largest road network ? 4.10million km. Out of this, national highways comprise around 2% or a total of around 82891km, but carry about 40% of the national road traffic. The MoRTH and NHAI have undertaken an ambitious project to upgrade and rehabilitate major Indian highways to a higher standard under the National Highways Development Project (NHDP). NHDP is the world?s largest infrastructure programme which is being primarily being carried out through Public Private Partnership (PPP). The majority of the NHDP projects are being implemented by the NHAI while the remaining is being done by the MoRTH through state PWDs/ Road Implementation Agencies and Border Roads. Other ongoing projects of MoRTH include Special Accelerated Road Development Programme in the North East (SARDP-NE), National Highways Inter-Connectivity Improvement Projects (NHIIP) and Left Wing Extremism (LWE) area projects.

Major economic issues cropped up in the highways sector in 2008-09 during the global economic slowdown. To provide a much-needed stimulus to revive the sector, the MoRTH formed the B K Chaturvedi (BKC) Committee for working out a revised strategy for implementation of NHDP ? its framework and financing. The objective of the committee was to create a flexible and encouraging environment for the sector to grow. Recommendations made by BKC Committee included suitable modifications in the template of the Project Documents, formation of Inter Ministerial Group to address Model Concession Agreement issues, mode of delivery of projects, empowering MoRTH to make amendments in RFQ/RFP on basis of recommendation from NHAI Board and a waterfall mechanism in mode of implementation of projects. The impact of the above measures was a significant improvement of awards of NHDP projects during the next three years. 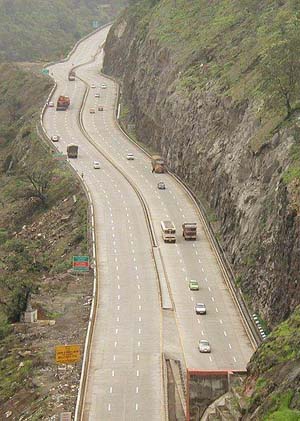 Normally, debt as a part of project finance has been considered as unsecured by banks as per conservative Reserve Bank of India (RBI) norms. But as per the new model Concession Agreement, NHAI provides a guarantee to the extent of 90% of debt due in case of default by the concessionaire. The MoRTH proposed that in light of this, the debt be declared as secure. Accepting this recommendation, the RBI in a circular in March this year, has directed the lending institutions to consider such debt as secured loans, to the extent assured by the Project Authority. This is likely to encourage lenders to participate in such projects with reasonable terms.

Before March 2011, Environmental Clearance ( EC) and Forest Clearance (FC) were de-linked. But after a court decision in the LaFarge case, EC was made conditional upon FC, which resulted in delays in road projects. MoRTH pointed out that the basis of the LaFarge judgment was contiguous projects, not linear projects. The Ministry discussed the issue with the Ministries of Law, MoEF, Mines and a petition was filed before the Supreme Court. The Court ruled in favour of de-linking of environment clearance from the forest clearance for widening projects.

Till recently, a No Objection Certificate (NOC) under Forest Rights Act (FRA), 2006 was required, even for roadside plantations done by highway authorities on the National Highways? own Right of Way (RoW). This was delaying execution of projects as NOC was required from each Gram Sabha along the alignment. MoRTH took this up with Law Ministry, saying that roadside plantation is not a traditional forest dwelling. Accordingly, a clarification was issued in Feb 2013 that FRA, 2006 is not applicable for plantation done by NHAI within its ROW.

Ordinary earth, a major raw material in road construction, was declared as a minor mineral by the Ministry of Mines in 2000. Prior to May 2012, there was no poblems for road construction. However in May 2012, the MoEF directed that leases for digging up area less than five hectares would be given only after getting EC. This has caused a problem by delaying the procurement of ordinary earth, particularly for states like Haryana and Punjab. The matter is with MoEF and is likely to be resolved shortly.

At present, any project more than 30km long and which entails widening of more than 20m requires EC. This has been delaying many road projects since average size of projects exceeds 100km. Also, road widening projects may be viewed differently from greenfield road projects; thus the EC threshold needs to be increased. The MoRTH proposed that for widening projects, EC threshold should be increased to 100km length and 60m width. The matter was referred to the Shri Kasturirangan Committee which recommended exemption of EC for highway projects up to 100km length involving additional RoW of up to 40m on existing alignments and 60m on realignments / bypasses. This recommendation has been accepted and the issue sorted out

With the difficult economic conditions, there is an acute shortage of funds in the market for investment in highway projects. The equity shortage is hampering participation by prospective developers under the PPP mode. To address the problem, the MoRTH recently adopted a new policy which allows harmonious substitution of concessionaires in both ongoing and completed projects. This is likely to result in improved availability of equity in the market for reinvestment in projects. The Ministry circulated a Cabinet Note regarding this proposal and in June the Cabinet Committee approved the new policy.