In order to make the highway commute safer, HP Lubricants has come up with a unique technology using SmartLife poles that warns vehicles on hairpin bends about the vehicles approaching from the opposite side. HP Lubricants intends to replicate the technology at more places, says Vidyottama Sharma.

At a time, when the governments of the world and international organizations are striving hard to reduce fatalities and injuries in road accidents, one of the big challenges staring them in the face is that of travel on the hilly terrains, specially on the curves and the hairpin bends. How does a vehicle taking the climb or a truck going down the bend get to know if there is another vehicle approaching it from the other side? How does the driver avoid the danger of a collision lurking on the opposite side?

It was exactly this thought that spurred an enthusiastic and committed team of HP Lubricants at HPCL to come up with a solution to this grave problem. A solution that has come to be known as ‘Roads That Honk’ the world over. A solution that is a little over a month old and is already creating a revolution on social media with the message about the unique technology being passed over to different nations and returning to its creators themselves from beyond the seven seas. So, what exactly is the concept of Roads That Honk, henceforth written as #RoadsThatHonk? And how does it work?

SmartLife poles enabled with advanced networked devices and combined with wireless technology, radar systems and an anti-collision warning system, all powered by solar PV modules, are placed on each side of key hairpin bends. They detect the speed of oncoming vehicles on both the sides and then communicate with each other to caution the approaching vehicles with a horn. The vehicles on both the sides pick up this alert and cross each other safely, thus averting a collision. Hence, the #RoadsThatHonk initiative, by adopting SmartLife poles, facilitates safer highway commutes.

The pilot #RoadsThatHonk project has been implemented recently by deploying the SmartLife poles on one of the most dangerous hairpin bends in the world, i.e., on NH1 (National Highway 1), along the Jammu-Srinagar highway. Though it is too early to claim a decrease in accidents, the initial data does indicate a reduced risk of vehicles brushing against each other. According to sources at HP Lubricants, “The project is in its very early stage and needs to be scaled up by taking all stakeholders on board. We would want to deploy it at Rohtang Pass, Sikkim and a few other areas too”. And for that, HP Lubricants has already sought meetings in the Ministry of Transport and Highways (MoRTH), National Highways Authority of India (NHAI) and Border Roads Organisation among other statutory bodies. A programme of this magnitude needs funds and necessary approvals and support from key government bodies.

“HP Lubricants has always stood for smooth and safe travel, a belief that has led the brand to innovate and create technological innovations. With #RoadsThatHonk, HP Lubricants wanted to create a perception shift for itself that was also linked to its philosophy, and the automotive category as a whole, and thus the innovation was born”, aver the HP Lubricants sources.

“Road safety is a major area needing attention from users, providers, vehicle manufacturers and many other stake holders. HP Lubricants would like to contribute in making each and every road journey safe for Indians,” says Rajnish Mehta, Executive Director – Direct Sales, HPCL.

“We are confident that #RoadsThatHonk will significantly reduce accidents and save several lives every year. Every life saved is a measure of success and reinstates our belief that the innovation has the potential for further scale on highways across the length and breadth of the country”.

Adds Rajdeepak Das, Chief Creative Officer, Leo Burnett, South Asia, “2016 recorded numerous accidents across national highways and this is a major concern for local and state administration. We are glad to have been behind an innovation that harnesses the power of technology, and uses radar signals to intimate drivers”.

When the idea for SmartLife poles came up, it wasn’t easy for HP Lubricants, which has utilized its advertising budget to fund this project, to make it happen. It had to purchase a certain type of technologies and that too, piece by piece as those were not for mass scale production but for an experimentation project. The cost of fabrication was high too. But at the end of it all, it was able to develop the high cost SmartLife poles. Leo Burnett, its empaneled agency, has been carrying out the coordination process on its behalf right since the beginning.

Though at present the SmartLife poles of #Roads That Honk are deployed only at the hairpin bend of NH1 in Jammu-Srinagar as a pilot installation endeavour, HP Lubricants is trying it best to organize funding for their deployment across India. Since the land for such deployment would be public land, its acquisition will have to be facilitated by MoRTH. The aim is to deploy them at ten places, study their performance for a few months or a year, and see if any improvisations would be needed and then replicate them at strategic locations that demand such alerts.

Sources at Leo Burnett say, “We are currently in the process of identifying more dangerous hairpin bends across the country, and will shortly announce the next set of highways where the technology will be implemented”.

HP Lubricants is trying to see if the technology can be customized for places other than the hilly areas too.

“Roads That Honk is an initiative of HP Lubricants for road safety and a modest attempt towards safety of road users many of whom are also are primary consumers of HP Lubricants products. We plan to scale up the same basis guidance from concerned authorities with whom we are in discussions.”

Previous: “Speed enforcement technologies are our strength”
Next: ‘We want to manufacture high-speed Talgo coaches in India’ 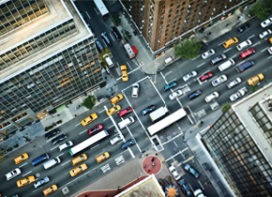 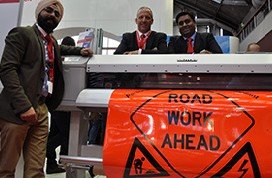 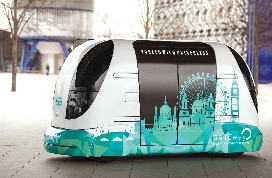