The global RFID market has grown from around USD 7 billion in 2012 to USD 12 billion in 2020. It is expected to grow to more than USD 16 billion by 2029. We believe that India will be a major contributor to this growth, writes Ashim A Patil, MD & CEO of i-TEK, a leading company providing RFID solutions. For him,
the growth of his company kept pace with the evolution RFID in India. 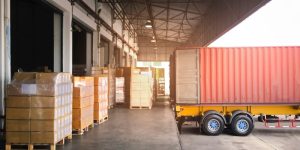 In the beginning of the millennium, around two decades ago, the Radio Frequency Identification (RFID) Technology was at a very naïve stage in India and globally. The advent of the technology was in the early 1973 when the passive transponder was demonstrated in the New York Port Authority for its pathbreaking applications in evolution of modern transportation and logistics. RFID then was limited to Low Frequency (120-150 KHz) and High Frequency (13.56 MHz) with applications in Animal Tagging, Defense and Access Control. The technology had limitations on cost, speed and read-range. The developments between the year 2002-2005 done by the EPCglobal on were instrumental in arriving on international standards on the use of passive RFID and the Electronic Product Code (EPC) in object identification across logistics and supply chain. The EPC Gen2 standard was adopted in the year 2006 and the USD 0.05 – 0.10 UHF (865-868 MHz, 902-920 MHz) tag was not a far-fetched reality anymore. This revolutionized the thoughts of businesses and Governments across the globe on the possibilities and potential value of the technology. 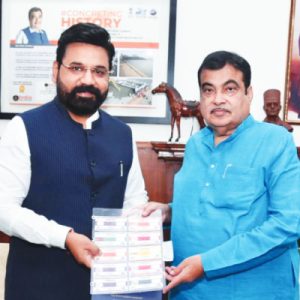 RFID had made its mark across business verticals but its contribution in Transportation and Logistics has been noteworthy. India has been a late adopter of the technology compared to the developed countries. Around 2013-2014 the Indian Government notified the use of passive RFID for Electronic Toll Collection (ETC). Case studies across the globe were referred including the E-ZPass used in the city of New York for traffic monitoring to the active on-board-units in countries like Singapore.

After a careful study, the passive RFID was recommended and adopted and eventually the FASTag was born. The Ministry of Road Transport and Highways under the able leadership of Minister Nitin Gadkari was consistent in ironing out the functional, operational and security challenges with help of stake holders which involved the National Highways Authority of India, National Payment Corporation of India, Automotive Research Association of India and RFID solution providers in India which include private companies like ours. Today we all are benefitting in our daily lives due to the adoption of RFID technology in Tolling.

The benefits are not only towards a digital and cashless economy but as the waiting time at the Toll Plaza has reduced significantly, there is a positive impact on the environment as well. Today, more than three crore vehicles in India use FASTag and more than INR 110 Crore of daily Toll collection from usage of FASTag. We at i-TEK are happy to be part of this National movement and have contributed by supplying and encoding more than 1.50 crore FASTags till date. We have partnered with most major banks like Airtel Payment, Axis, ICICI, IDFC, Paytm and many more, for encoding and supply of FASTags. The multiple applications being developed by the industry using FASTag include Parking Tickets, Vehicle Access Control in Gated Communities, E-Challans, Vehicle Fitness, Insurance and many more. On the lane infrastructure side i-TEK has provided RFID scanners at around 1,500 lanes across the country. 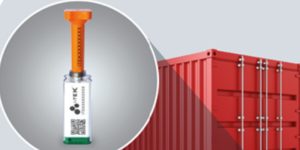 With a view to improve India’s rank on Ease of Doing Business, the NITI Aayog identified a series of actions to be implemented at Indian Ports which included Direct Port Delivery (DPD), Direct Port Entry (DPE), etc. One such important action was to implement Gate Automation System at the Indian Ports and use of RFID technology was recommended. RFID technology is not new at Indian Ports and the Container Freight Stations (CFS) and Inland Container Depots (ICD) have also been proactive in adopting the technology. The problems faced by the CFS / ICD was to accurately identify and retrieve the required Exim container which resulted in delay and loss to trade. In the year 2011, i-TEK deployed the first of its kind RFID based container tracking system at a leading CFS near JNPT Port.

Identifying and tracking the X-Y-Z location of the container within the yard was achieved using combination of RFID and Telematics. Since then, the solution has matured and many solution providers have built effective systems to track containers. In the year 2015, the NSCIT Terminal operated by DP World at JNPT Port was the first terminal to dedicate to the Nation the fully automated RFID based Gate Automation system. The throughput at the gate was reduced to less than a minute per truck from more than 10 minutes per truck. The level of automation with least manual intervention benefited the Trade including the Trucker community.

In the year 2017, the Central Board on Indirect Tax notified that the Indian Exporters who have availed for self-stuffing at their factory premise should electronically seal the containers before they leave their premise using RFID E-Seals. The country had around 6,000 – 8,000 exporters with self-stuffing permission and more than 105 Custom Stations were identified for scanning of the E-Seals. This trust based self-stuffing and sealing initiative from the Indian Government was welcomed by the Exporters with open hands as it helped speed their deliveries eliminating major bottlenecks. Today more and more exporters have aligned their processes towards RFID E-Sealing. The solution has been delivered to around 3,500 exporters in the country at 100+ custom stations. Almost every second export container has the i-TEK E-seal that is completely manufactured in India. 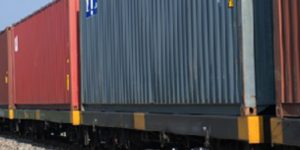 In past two decades i-TEK has organized several advanced training programs and workshops on RFID and NFC (Near Field Communication). The essence of the training program was to align the thinking of the solution providers fraternity with a call “Let’s Compliment, Not Compete”. Several corporates, trade associations, technology communities and the Government departments including India Post and Indian Railways have actively participated in these trainings. RFID technology has been used by the Indian Railways for Wagon Tracking at high speeds up to 180 Km/Hr. Every wagon is being tagged using a specially designed rugged RFID tag which will help the Railways in effective monitoring of its operations and making the Rail journey safer for the passengers. The CRIS has also used RFID technology very effectively for fare collection.

Contactless cards using RFID and NFC technology is accepted globally and the market is growing fast. There has been initiatives and discussions on adopting EMV (Europay, MasterCard and Visa) open loop with India’s indigenous initiated venture to have an e-wallet on a EMV card. Before adopting such a new technology on a wide nationwide scale, there needs to a complete seamless interoperability framework that should be deployed which is not the case currently. A Bank card issued today with a wallet created for a specific metro by the bank works only on that card and not a card issued by any other bank. This approach is no different than the existing close loop payment framework which is working successfully not only in India but by over 80% transport operators globally. There should be efforts to adopt next generation technology rather than deploying resources on card products which appears to be re-inventing the wheel with no inherent benefits. Mobile NFC transactions should be the way forward where there seems to be no major initiatives in India.

There also have been initiatives to adopt historical plastic card technology for driving license and vehicle registration in a few states which does not have a chip on board.

The cards should be pure contactless which will ease the usage and also set the stage for adopting NFC based identity mechanism for driving license. A chip based electronic driving license and vehicle registration certificate ensures authenticity of the document without the need of special devices to interrogate the card as the same can be done securely using the friendly NFC enabled mobile phone device. On the other hand there are discussions on having electronic security chip on the High Security Registration Plate (HSRP) and the transport department is evaluating RFID as a potential technology for the same.

RFID applications are maturing not only in Transport applications including Transport payments but also in Infrastructure Management, Passports, Healthcare, Sports, Waste Management, Animal Identification, Education and the fastest growing Retail sector including supply chain in E-Tailing. We are moving to O2O (Online-to-Offline / Offline-to-Online) and faster, error-free and cost effective omnichannel fulfilment will be the key to success. We have several success stories in Retail which show great improvement in Inventory Accuracy, Customer Experience, Loss Prevention and Omnichannel Fulfilment.

We are working passionately since the year 2000 towards object identification and tracking across business verticals. Our journey to Tag, Identify and Transact with objects has given us an exposure to work with National Monuments (Every Bronze Panel used to construct the Statue of Unity is RFID tagged), classified objects of National Security, Exim Containers, Railway Wagons, Heavy Industrial Equipment, Apparel, Jewellery, High Security Wedding Invitations, Confidential Dossiers and many more.

We firmly believe that in the coming years RFID technology will have a larger contribution in India’s growth story. We appeal to all to conceptualise more and more applications using the latest in RFID & NFC. The imagination should be without any limits but we should keep in mind that at the end of the day “It’s Physics Not Magic”.