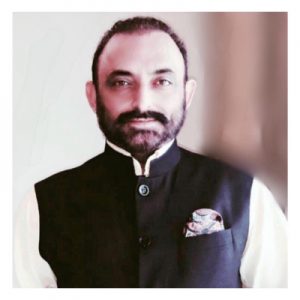 It is an established fact that speed thrills but also kills. Therefore, we need to adopt measures and strategies to reduce and manage speed to bring down the accident rates leading to deaths. Sustainable Safety Expert, Dr Kamal Soi elaborates on the need to find a balance between rules & regulations, road design and technologies for safety

The Most important aim for the transportation professionals and policy makers is to prevent and reduce traffic crashes, their severity & causalities. Each year, nearly 1.4 million people die and millions more are injured or disabled as a result of road crashes, mostly in low-income and middle-income countries. In India we lose over 1.5 lakh people every year and over 50 lakhs are seriously injured & crippled for life. In fact, road traffic injuries are a Psycho-Socio -Economic issue faced by us in the modern times. The economic cost of all road traffic injuries is estimated in excess of 2-3% of GDP to most of the countries. Rapid motorization has aggravated this issue particularly in developing countries. The present trend indicates road traffic injuries will increase dramatically in most parts of the world over the next two decades, with the greatest impact falling on the most vulnerable citizens like pedestrians, cyclists and two wheelers. So the most important goals for a road safety & transportation professionals and policy makers are to prevent and reduce traffic crashes and their severity & number of deaths.

Out of all the factors responsible for road crashes, speed has been identified as the most important determinant of road crashes. Speed affects both the crash rate and injury severity. Lower speed variance is always correlated with fewer crashes. It is also recognized that 1 km/h reduction in speed would lead to 4% and 5% decrease in accidents with injuries and risk of death in crashes, respectively. So, speed management is always a challenge for countries for reduction of deaths & injuries.

Speed management & control have demonstrated substantial difference, in traffic accident rate reduction with speed changes, among various approaches. Many studies have reported that various speed management strategies had an effect of -2.4 to -10 (mph) in mean speed and reduction in person injured accidents (PIAs) ranging from -9% to -58%. Elvik (2013) discovered that reducing speed limits had a positive effects on reducing number of crashes. Risk of accident increases with exceeding speed limits was concluded by, Ayuso et al. They also found that the various speed management strategies with different levels of effect have been used to control vehicles’ speed and improve traffic safety. In India as per latest report of TRW of MoRTH Government of India, speed is a contributing factor in over 70% of fatal road crashes. 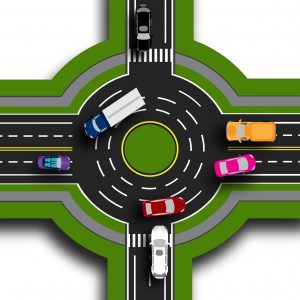 There should be no tolerance for violating the speed limit and police should penalize a driver for exceeding the limit. Evidence shows that the reduction in free speeds and in fatalities – especially vulnerable road user fatalities – as a result of this have been substantial.

A number of police forces internationally have adopted enforcement methods based upon an anywhere, anytime approach to deter all speeding on the network. The message is clear: speeding is illegal and unacceptable behavior on the road, and at odds with the interests of the community to save precious human lives.

Regular patrols, speed checks should be undertaken with a police vehicle maintaining the same distance behind the offending vehicle over a distance of at least 200–300 meters, and checking the speed on the police vehicle’s speedometer. Time over distance in vehicle speed measuring devices provides an effective and indisputable speed measurement in either urban or rural areas. These instruments are set by the police officer when the speeding vehicle is first observed and followed, to just prior to the point of interception when the instrument is again triggered. This method uses both the police speedometer and the odometer to provide the average speed over the observed distance. It provides a fairer assessment of the offender’s speed, eliminating excuses of ‘just passing another vehicle’, ‘keeping up with the traffic’, or ‘I only speed for a short distance’.

ANPR – Automatic number plate recognition should also be deployed with laser radars at strategic places to instill fear of being caught FOBC for effective speed enforcement.

Penalties for non-compliance with speed limits 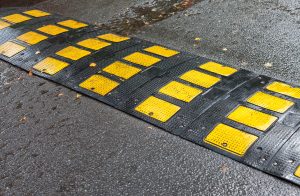 There is a large range of road engineering treatments that can be of use in speed management. These include road engineering or re-engineering the road to encourage lower speeds, or make the road and its environment more ‘self-explaining’ & forgiving. There are also treatments that aim to segregate traffic and separate road users, particularly vulnerable road users such as pedestrians, two-wheeled vehicles and slow moving & fast moving vehicles from potential collisions.

Road Engineering to Slow Down

Many physical features have been developed by traffic management & road safety engineers that support, or force, drivers to drive slowly. The examples are rumble strips, raised humps or platforms across the roadway, speed breakers, road narrowing or ‘pinch points’, roundabouts, road markings, signs and physical structures that signal and guide to drivers that conditions demand that they should slow down. Fixed speed cameras can also sometimes be used as an alternative traffic calming or traffic slowing device. 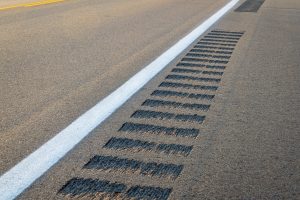 Drivers are cautioned in advance to lower their speeds by painting black and yellow stripes on the ramps, and hump warning signs ahead of the humps. It should also be noticed that the speed limit around the humps, ideally should be changed to the desired speed of 30 km/h. Slow speed Zones are marked and warning boards placed for lowering the speed near schools, hospitals etc. Speed humps and raised platforms should be used at pedestrian crossing locations and at intersections. Single raised structures in the roadway (such as speed humps) are effective, especially in urban road environments. However, more lengthy sections of raised materials ‘rumble strips’, that affect drivers with audio and make noise while driving over them, can be good options for slowing high speed traffic on the lead up to a changed traffic condition, such as an intersection that follows a lengthy stretch of a higher speed road.

These treatments are used to mark a change in speed environment, including the transition from a high speed road to a lower speed environment such as a village. Gateway treatments usually include pavement markings to narrow the perceived width of road, large speed limit signs and other features (such as traffic islands and landscaping) to indicate that a threshold is being crossed.

Markings can also be used to indicate an approach to a pedestrian crossing, or other changed traffic conditions where drivers should slow down. White jagged line as a centre line plus zig-zag lines on the edge of the lane, on both the approach and departure side of the crossing, can be used to warn drivers that they are approaching a crossing.

Roundabouts are very effective in reducing the speed thus severity of crashes at an intersection because they require traffic to deviate from a straight path and therefore slow down to undertake the maneuver. The roundabout lower the speed of the traffic thus can achieve, together with the non right-angle nature of side-impact crashes because of the geometry of the roundabout. Careful design of approach islands, clearly visible signs and markings, and effective public information campaigns about how they should be negotiated by drivers should be given utmost importance in design of a roundabout. Catering for cyclist, pedestrian and motorcycle movements at roundabouts require care because, drivers may fail to notice them as they concentrate on the ‘give way’ task. 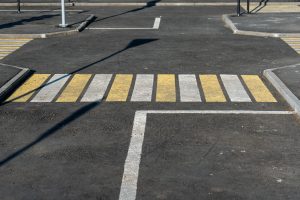 Narrowing down the pavement and treatments at curves

Narrowing the roadway for motorized traffic will therefore assist speed reduction in an area.

We must separate the vulnerable road users from motorized traffic by pedestrian fencing by directing larger flows of pedestrians away from random crossing locations (particularly in busy pedestrian crossing locations) to safer crossing points. These may be equipped with treatments such as speed humps or raised platforms in the roadway, or a set of traffic signals. We can construct foot over bridges & passenger under passes for safer travel of pedestrians. Refuge islands and medians can assist pedestrians in crossing the road by allowing a staged crossing and simplifying decision-making. Provision of a walking path is a highly effective means of removing the pedestrians from a medium to high speed carriageway.

Use of Speed Governors -Speed-limiting technology and intelligent speed adaptation

As per notification G.S.R290 (E) dated April 15th, 2015 wherein Speed Limiting Device or Speed Limiting Functions are mandated to befit in certain categories of transport vehicles that need to be fitted with a speed governor wherein, the speed is limited to 80KMPH. About 40-45% of all road crashes are caused by commercial vehicles, so controlling speed of commercial vehicles is paramount to reduce accidents and deaths on roads. This equipment is required by legislation on trucks and buses in a number of countries, including in Europe and Australia. The European Community initially required limiters on trucks and buses over 12 tonnes and specified maximum speeds – 90 km/h for trucks and 100 km/h for buses.

We need to have Electronic data recorders (EDR) in our all motorized vehicles. These devices record vehicle operating characteristics in the few seconds prior to, during and after a crash, such as speed, acceleration and airbag deployment.

ISA refers to technology in a vehicle that enables it to ‘know’ the relevant speed limit from an on-board and updateable database of speed limits, and a Global Positioning Satellite (GPS) system advising where the vehicle is located. The system then gives alerts to the driver about whether current speed exceeds that limit. Three major types of ISA are

Informative –Inform the driver, Voluntary supportive – driver can choose to set the maximum speed and Mandatory supportive –when the vehicle exceeds the speed limit (but driver has an over-ride) it intervenes and alerts the driver.

Transport companies are increasingly using GPS tracking systems to check their vehicle fleet, as well as driving speeds. Used in a vehicle, the device allows a driver to plot the best directions to a location, but it could also allow employers to track their movements. For example, a transport company operating in South-East Asia has in place a system of dedicated, security trained drivers, as well as container trucks equipped with GPS tracking. This provides peace of mind for customers transporting high-value goods such as electronic and computing components. The Indian Government, through a legislation 125H, has compulsory factory as well as retro fitment of VLTD’s Vehicle location tracking devices to track all the driver movement, traffic violations, speed etc from January, ,2019 in all the commercial vehicles.

In case of passenger fleets, transport companies fresh & vegetables supplies, employers should not impose tight work schedules that require drivers to over speed. Employers should strictly enforce speed compliance by employees who drive company vehicles. An increasing emphasis upon occupational health and safety by the governments is placing obligations upon employers, particularly for vehicles engaged in freight movement.

In short, Speed kills and Speed control save lives. So there is a dire need to effectively control and manage speed on our roads. These must be supported by proper enforcement methods and practices, and an adequate range and depth of penalties for offenders. Public awareness, sensitization and education are likely to be effective tools. New vehicle development programs should use technologies that assist automatic compliance with speed. Their further development by the industry should be encouraged. 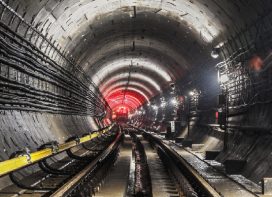 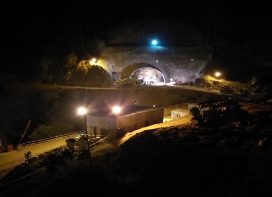 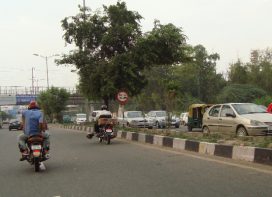