App-based transportation service system has brought a new transportation mode to users, who are able to make reservations using mobile apps conveniently. India is examining the use of private vehicles as shared taxis to reduce car ownership and curb growing traffic congestion in major cities. TrafficInfraTech speaks to few ride-sharing app technology companies to understand the concept of Shared Mobility.

The need of the hour is for technologically advanced mass transport systems, that will significantly help reduce private transport and unclog city traffic and flailing infrastructure. Solutions like ride-sharing help with accessibility across urban, semiurban and eventually even rural areas, especially when it comes to last mile connectivity

Daily commute has seldom been a smooth experience for people in Indian cities. However, the concept of ride sharing has now caught on in metros helping commuters find convenient mode of travelling. 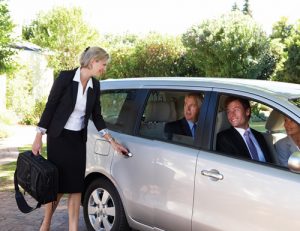 India’s ride-hailing market is on an upsurge. Currently dominated by Ola and Uber, the sector is estimated to be worth $675 million in 2019, and $1.13 billion by 2023. And yet, penetration of app-based taxi services is only about 2 percent (expected to hit 2.9 percent by 2023), according to Statista. This is primarily because most taxi aggregators, so far, have focused on the top 10-12 cities and tapped into urban demand to build up buzz, cultivate usage, and become more visible. Unlike Uber and Ola, ride-sharing apps do not share the same popularity or marketing budgets to reach mass audiences. That’s where BlaBlaCar comes in. With it’s ride-sharing community, it has the power to change the way that Indians think about comfortable travelling. Take for example a typical journey from Mumbai to Pune. The ride will costs around Rs 350, whether you travel from BlaBlaCar or via an inter-city bus. With the BlaBlaCar, the user can request scheduled stops, have pleasant company and be dropped exactly where you need to. There is also a GPS-enabled ride tracking app for increased security and tracking. A rider has complete control even though he/she is riding with a stranger.

Nicolas Brusson, CEO and Co-founder at BlaBlaCar explains, “The car of the future is a shared car. Fasttrack to a word of highly connected self-driving vehicles where new cars, available as a service financed by shared usage, will be customised to the needs of users who can now put their travel time to good use. Running costs, meanwhile, will be optimised by sharing – be it carpooling, carsharing, or even shared parking. 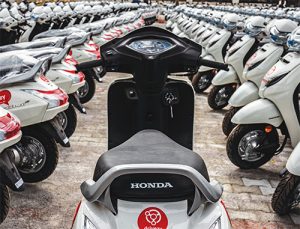 Fleet owners will lease cars to private individuals who, empowered through peer-to-peer sharing platforms, will finance their access to the ‘car as a service’ and reduce their running costs. The increase in shared cars will add new capacity, catering to the needs of the millions of travellers looking for a convenient, affordable and friendly travel solution. The prospects are even more promising, if the car is never left idle because it can drive itself around. Connected to a smart car network, it could provide capacity when needed, instantly adjusting to fluctuations in passenger demand.

The future of cars is bright. They are becoming more connected, smarter, safer, more eco-efficient, and eventually they might even turn into a space for work, entertainment, or free time put to a good use. But one thing will not change: it will always make sense to cut down on their cost, and from an urbanistic point of view, to optimise their usage too to avoid congestion.

Brusson believes, the future of cars is not one of the centralised ownerships, even if a handful of players might centralise mobility services. Instead, he believe that the smart car network will be decentralised, highly distributed and powered by people, as car ownership is gradually replaced by the ‘car as a service’, financed by peer-to-peer shared usage.

San Francisco-headquartered Uber had introduced uberPOOL in December 2015, followed by Hyderabad, Kolkata, Mumbai and, more recently, in Chennai. With the help of uberPool app, commuter can share a ride and split the cost, which another rider who just happens to be requesting a ride along a similar route. With just a tap of the button, a rider can get a car in five minutes. When a match is found, Uber notifies co-rider’s first name.