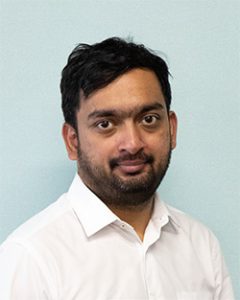 According to Prabhjeet Singh, Director-Operations & Head of Cities, Uber India and South Asia, the growing adoption of ride sharing across the country is an encouraging sign for Uber in driving a positive socioeconomic change and in creating viable alternatives to private car ownership. Ride sharing apps like Uber can play a key role in complementing the government’s efforts towards reducing congestion and pollution.

There are clear signs that India is going through a paradigm shift in urban mobility due to rising urbanisation and its implications on transportation. As the cost of owning a vehicle rises, the company is drifting towards the concept of Mobility as a Service . The World Bank estimates that in another 10 years’ time, around half of population will be in urban areas This trend has interesting implications for the domestic automotive industry. Private vehicle sales have ridden the urbanisation wave for two decades in a row. But now the industry is at the helm of a tipping point due to escalating cost of ownership; something which is expected to rise dramatically as our cities grow.
Self-drive car rental firm Drivezy provides a comprehensive solution to the issue of urban commute by connecting commuters to vendors in the self-drive car rental business.

Ashwarya Singh, CEO & Spokesperson of Drivezy, says, “This supply gap has created a massive market for shared mobility which is  more flexible and economical than ownership. The shift started with the arrival of on-demand app-based cab services in 2010 which greatly simplified point-to-point commute within city limits. Almost a decade down the line, the search for affordable mobility has fostered a massive explosion of app-based services including car and bike sharing & bike taxis. In cities like Delhi, Hyderabad and Bangalore, we are witnessing the rise of symbiotic transportation systems as self-drive vehicle sharing services collaborate with public transportation systems like the city metro and bus services to provide ‘first and last mile’ connectivity to commuters. It is estimated that by 2035, shared mobility will account for 35% of all the miles driven by people in India. “

Not only do these services simplify commuting to a great extent, a growing number of them are turning out to be massive employment and income generators. Moving ahead, Drivezy shall see four major technologies converging to bring the shift in mobility to fruition in vehicle connectivity, electrification, vehicle sharing and autonomous driving. If Indian cities could figure out how to make these elements work together, the company could very well have driverless EV’s ferrying commuters on-demand in a matter of a few decades.

India is a price sensitive market and is always quick to adopt products which are cost-efficient and provide a net positive return for every stakeholder in the ecosystem. While automobiles have enjoyed a good deal of aspirational value in India, the rising cost of ownership is finally catching up with people’s desire to own a car or bike. It has been observed that an average vehicle stays parked for over 98% of its lifetime. Sharing platforms like Drivezy offer vehicle owners the opportunity to monetize an otherwise depreciating asset by renting them to people who need one. Unlike conventional ownership where an individual bears all associated costs, vehicle sharing platforms split the cost among multiple commuters, while generating sizeable returns for the owner over the asset’s lifetime. For customers, such services absolve the need of bulk investment into assets which are used so sparingly. In short, vehicle sharing platforms have the potential to alter the way India sells, purchases and uses automobiles.

Singh says, “Shared mobility in India is already growing at a 20% CAGR but to unlock the true potential of app-based mobility services, we need regulatory reforms that reduce the barrier of entry. For instance, two-wheelers are the most popular modes of commute in India. However, very few states in India have the required regulatory framework to allow for-profit commercial use of bikes and scooters. The government also needs to relax licensing norms in the self-drive rental segment. The existing laws were framed in 1989 and have not been revised since then.

“Our vehicles are equipped with a comprehensive IoT system that allows us to monitor and ensure their safety round the clock. In the unlikely event of theft or misuse of the vehicle, our IoT system allows us to disable the ignition remotely. “