Gearing up to be in charge

If electric mobility is to pick up pace in India, a key enabler will be a widespread network of reliable and efficient charging stations. Now, goals and ambitions are good for both individuals and countries. However, proper infrastructure is to key to success. Therefore, for EVs to become mainstream, India must establish its EV charging infrastructure. Given the current predominance of Lithium-ion batteries, the creation of EV charging stations or EVSE is of paramount importance.

In order to boost private investment in charging infrastructure in the country, Ministry of Power (MoP) recently categorised charging batteries of electric vehicles as a service, which will help such stations operate without a licence and encourage the use of e-vehicles.

One such is the Maharashtra government which issued a special ordinance by directing its planning authorities to start giving permissions for construction of electric vehicles (EV) charging stations. Following the clearance of the Maharashtra Electric Vehicle Policy in February this year, Nagpur became the first city in India to get an EV charging station. 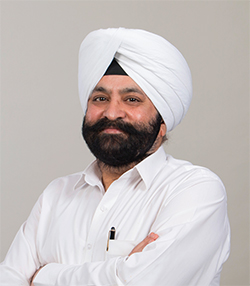 Bhawanjeet Singh, Chief General Manager (Corporate Planning & PR), Energy Efficiency Services Ltd (EESL) said, “India is currently estimated to have four lakh electric two wheelers, one lakh e-rickshaws and a few thousand electric cars. The Indian Government’s initiatives, such as the NEMMP and FAME India facilitate concerted efforts towards building an EV ecosystem in the country. In this light, EESL is creating an eco-system for manufacturers and suppliers to invest in e-mobility in India. We are aggregating demand through bulk procurement, guaranteed payment to suppliers, while conducting awareness activities for consumers. In doing so, we are attempting to address some of the challenges that have inhibited growth of this industry, such as low demand, high financial risk and costs for industries, and lack of consumer awareness.

We expect that these efforts will lead to the development and expansion of ancillary industries in India, such as suppliers of lithiumion battery energy storage and electric traction motors, along with developers of charging infrastructure. We are optimistic that this programme will become a great success story for the Government’s ‘Make in India’ initiative, just like the UJALA, and Street Light National Programme.” 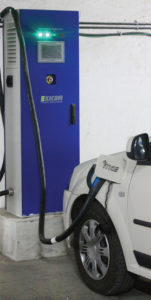 EESL is aggressively working towards a procurement and installation plan. It has installed 192 electric vehicle charging points across the country, including 100 chargers with 3.3 kW AC capacity and 25 fast chargers with 15kW DC capacity. Chargers have also been installed in Andhra Pradesh, Gujarat, Haryana and Maharashtra. EESL is facilitating the installation of 2,500 chargers to cater to 10,000 EVs being procured for government.

Singh added, “Additionally, the central and several state governments have initiated independent efforts to strengthen charging infrastructure. Andhra Pradesh and Gujarat are installing EV chargers. An EV charging station was recently inaugurated at Niti Aayog. To further expedite the adoption of EVs, the railway ministry is looking to set up charging stations at the parking lots of train stations. The Central Electricity Authority (CEA) is in the process of coming up with a separate tariff category for electric vehicles with a possible ‘Time of Day’ metering for charging such vehicles. CEA is also exploring the possibility of having a battery swapping model wherein firms’ aggregate batteries, charge them and swap with discharged batteries.

Recently, the Committee on Standardization of Protocol for Electric Vehicles (EV) Charging Infrastructure also released recommendations entailing specifications for Bharat EV Charger AC-001 and Bharat EV Charger DC-001. Also, the GST rate on batteries for electric cars has been reduced from 28% to 18%.

“To meet the 2030 deadline set by the government, there should be a ‘single-minded focus’. The government must move in the direction of incentivizing for full electric vehicles to make it attractive for companies to commit investment and create economies of scale. The government should draft and translate the goal into a policy to set the tone for the industry. Electrification is a large investment game. The more we invest in conventional powertrain, the longer it will take to transition to EV.”

Now, the government is in process to roll out the FAME II in a couple of months. The scheme focuses on laying down a robust public charging infrastructure to cater to the EV segment.

Singh added, “We are extending support to all the states that have expressed interest in procuring EVs. The installation of charging infrastructure is already underway in Maharashtra, Andhra Pradesh, Gujarat, Haryana and Delhi.”