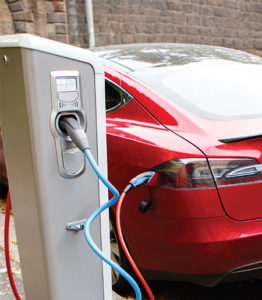 Shah said, “The success of electrification of personal mobility largely depends on an extensive availability of charging stations across the country. This will help in greater adoption of clean technology like EV where range anxiety is a major challenge i.e. customers fear running out of power between two charging stations and the possibility of being stranded. By categorizing EV battery charging as a service, the Government has encouraged the setup of more infrastructure stations who will now not need a license to operate. This will boost the use of e-vehicles since there is no transmission, distribution or trading of electricity involved for infrastructure setup. Further, more states are coming up and launching their state EV policy which we welcome. We are also working with some of these State Governments in helping implement their vision as we believe that the active implementation of these policies, especially around developing charging infrastructure along with fiscal and non-fiscal support to users, implementers and OEMs, is critical to lead the adoption of EVs.” 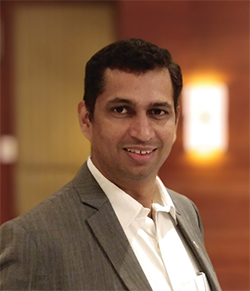 Maxson Lewis, CEO, Magenta Power, said “E-Mobility is the Future! It is no longer a question of will it; it is a question of how quickly we can get there. The switch to e-Mobility in India will be exactly like the mobile revolution in the 90’s -the change will be swift. Electric vehicle makes immense economic and environmental sense, but the solution to the issue of ‘Range Anxiety’ must be addressed for the adoption of electrical vehicles to take off in India.”

The electrical vehicles on Indian roads have a limited range per charge and that puts the drivers of such vehicles at risk of being stranded. This limits the range of usage to within city limits which is one of the biggest challenges with EV adoption. The solution is rather simple – charging stations at regular intervals at key locations and roads. As Lewis believes, while we are not yet there, there is a lot of discussion happening and interest in the community around this. Magenta Power has had discussions with various government agencies in Maharashtra, Karnataka, Telangana and Andhra Pradesh and the respective state governments are moving ahead on this. There are policy documents in place and soon action will start on the ground. While some may say it is a slow start, well at least there is a start.

Magenta is currently setting up their charging station network on the Mumbai – Pune Expressway. This will open up the highway for E-vehicle owners travelling between Mumbai and Pune. The vision is to make it India’s first EV Highway. In the next leg, the company is looking at extending the network to Bangalore. It is already in discussion with the authorities in Bangalore to setup charging network in the city and on the Bangalore-Mysore highway. Magenta will be submitting the proposals to states like Telangana and Andhra Pradesh that are aggressively working on this initiative.

Lewis added, “We have studied the charging psyche of EV owners and we believe the charging stations has to have DC fast charging and AC slow charging setup with all the possible combination of plug types to cater to existing and upcoming car models on Indian roads”. Time to charge an electric car available on India roads can take as little as 45 minutes or up to eight hours. The time to charge is a function of the size and absorption capacity of the battery and the speed of the charging point.

To put this in perspective, let’s take the full capacity charging of Mahindra E2O as a comparative case. A 230V/15A single phase plug which can deliver a maximum of up to about 2.5KW of power using the regular charger provided by the car manufacturer which requires 8 hours of overnight charging.

There are AC chargers of higher capacity which reduces the time to charge to half. Now come the DC Fast chargers. A typical DC charger of 15/20 KW capacity can reduce the charge time to 60 mins. Higher capacity chargers are available which can reduce the time even further to 30 mins but the cars on Indian roads are not yet ready for the same. Charging time also varies according to ambient temperature, the state of the battery (e.g. empty or half full) and the maximum charging rate of the vehicle.

Magenta’s pricing model will be by units of energy charged and not dependant on the charger type. This makes it a unitary pricing plan. Off course the time taken to charge the vehicle will be longer in the normal/ slow charging stations.