• Karnataka is the first Indian state to launch a specific EV policy. The policy aims to attract an investment of `31,000Cr and create employment opportunities for 55,000 individuals, on both the supply and demand sides.

• Mysuru (Mysore) is being developed with a holistic EV ecosystem that aligns with the Karnataka government’s EV policy, and reaches beyond the metros.

• The Karnataka government is set to procure 640 EVs, 40 electric buses, 100 four-wheelers and 500 threewheelers, under the FAME program.

• Tata Motors and Mahindra & Mahindra have signed Memorandas of Understanding (MoUs) with the Maharashtra government to roll out 1,000 EVs in the state.

• Recently, the Maharashtra state government cabinet approved the state’s Electric Vehicle Policy 2018. Under the policy, a supportive environment for the manufacture of 500,000 EVs in the state is expected to be created within the next five years.

• A 15 percent subsidy is to be provided to the owners of the first 100,000 EVs registered in the state.

• The state government is proposing a maximum subsidy of `1 million (~$15,549) per charging station to the first 250 stations that are set up in Maharashtra.

• Recently, Fortum India signed a memorandum of understanding (MoU) with the Nagpur Municipal Corporation to set up EV charging infrastructure in the city of Nagpur.

• EV charging stations have been commissioned in Mumbai and its suburbs.

• 1,000 electric buses is expected to be introduced in the national capital soon.

• Delhi’s budget for the financial year (FY) 2018-19 has provision for 905 electric vehicles to facilitate last mile connectivity from metro stations.

• The Delhi government aims to boost E-rickshaws in the city through the expansion of eligibility criteria for subsidy.

• NTPC is slated to develop 20 EV charging stations at various locations in the national capital region.

• NITI Aayog has proposed developing a quick pilot project that would provide a blueprint for the larger planned rollout of EV infrastructure in Delhi. The pilot project proposal includes 55 locations with 135 charging stations, of which 46 would be quick charging DC stations and 89 would be slower charging AC stations.

• Uttar Pradesh is the third largest beneficiary under the FAME program with 16,038 EVs on the road.

• The vehicle total is comprised of two-wheelers with a maximum power of 250 watts and below, followed by four-wheelers.

• Recently, the state government released a Draft EV Manufacturing Policy. The policy seeks to create employment opportunities on both the supply and demand sides of the market; create an environment that is conducive to shifting from internal combustion engines to EVs; encourage the use of hybrid EVs in Uttar Pradesh; and develop human capital and augment power capacity to meet the needs of the EV industry.

• The state government plans to make industrial land available for the development of EV charging infrastructure and EV manufacturing capacity in clusters and zones.

• The state government will provide a 100 percent road tax exemption for EVs purchased in Uttar Pradesh.

• A 30 percent subsidy on the road price of EVs in the form of a reimbursement to individual families with a single-girl child will be provided.

• Telangana has announced an EV policy aimed at attracting investments worth $3 billion and creating employment for 50,000 individuals by 2022 through EV manufacturing and charging infrastructure development.

• The State government is expected to set up first 100 fast charging stations in Greater Hyderabad Municipal Corporation (GHMC) and other cities in a phased manner.

• A mega automotive park with global standard infrastructure is currently in planning stages and the development work is expected to commence by mid-2018. A designated EV cluster spread over 1500-2000 acres catering to EV and EV component manufacturing for two wheelers, cars, buses, and trucks will be integrated with the automotive park plan.

• An automotive electronics cluster is expected to be developed within the proposed Electronics City near Hyderabad where special status and incentives will be accorded to units manufacturing electronic components including batteries cells/packs for EVs.

• Recently, EESL and GHMC signed up to lease EVs and install EV chargers at GHMC offices.

• The state government has released an EV policy with an aim to have 1 million EVs on the road in the next five years.

• Consumers, auto makers, battery manufacturers, and charging infrastructure firms are to be incentivized by the state government.

• There is expected to be a 100 percent reimbursement of road tax and registration fees, on the sale of EVs in the state up to 2024.

• Andhra Pradesh Government and Toyota Kirloskar Motor (TKM) have inked an MoU in which EVs will be introduced in Amravati, the upcoming capital city of the state.

• To create demand, the Andhra Pradesh state government has signed an agreement with EESL to procure 10,000 EVs.

• The Gujarat State Government has been providing subsidies to students for the purchase of two-wheeler EVs.

• The Gujarat Energy Development Agency (GEDA) is implementing a subsidy program for school students (standards 9 to 12) as well as college students in the cities of Ahmedabad, Vadodara, Rajkot, Surat, Gandhinagar.

• The state government is planning to roll out a specific EV policy.

• Looking at the developments so far, It is clear that there are a number of Indian states and regions ahead of others in terms of EV policies announced, conducive infrastructure, and targets set. These states are expected to drive India’s EV push and mass acceptance as new technologies gradually reduce the cost of EVs. 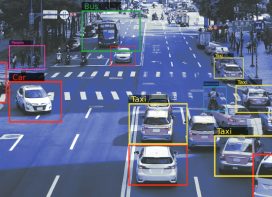 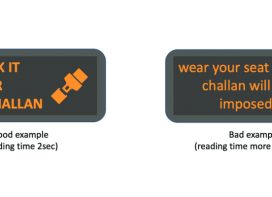 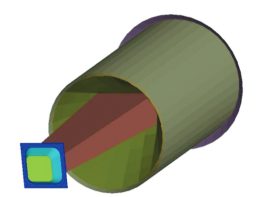