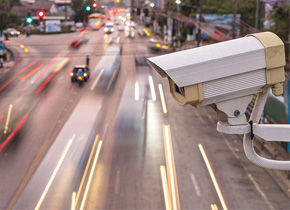 The Bhubaneswar Smart City Limited has started the process of installing registration number trackers and smart cameras to capture images of vehicles that are found to be flouting traffic rules. The traffic violation detection system, the trackers and cameras will automatically track and capture the violators’ motorcycle or car registration number once they zoom past the traffic post.

For easy detection of red-light violation, the device and smart cameras have been installed close to the traffic post at seven places. In both the detection systems, the violation is recorded automatically, and the inputs are transmitted to the city operations centre (COC), an IT-backed unit that is equipped with modern technology to keep the capital’s various operations under surveillance.

Once the violation is transmitted to COC, an e-challan (a specific receipt of claim penalty amount from the violator) will be generated automatically and sent to the owners. The vehicle owner’s data will be obtained from the Vaahan website. The detection system will be effective if the motorcycle or cars have registration numbers because that is the only way of tracking the owners.

The surveillance system can also prove to be effective in a few other cases apart from its designated role. It can provide real-time data to the COC, if there is an unlawful assembly of people in high-security areas or alert them about the presence of objects lying unattended in a particular place for several days. The COC is mainly meant for surveillance of the city’s transport system, traffic and emergency response services. The surveillance will be done through 4,000 high-end intelligent CCTV cameras.

Previous: Mumbai to get India’s first parking authority
Next: UP to have colour-coded taxis soon