Inducing a modal shift from private transport to public buses will reduce road traffic deaths in India. In cities such as Bangalore and Mumbai, the city bus agencies – Bangalore Metropolitan Transport Corporation (BMTC) and Brihanmumbai Electric Supply and Transport (BEST) respectively – account for 20-32 percent of the mode share, but were involved in only 5-13 percent of the road fatalities reported in the city in the last five years. The data suggests that the quantum of crashes per driven kilometers is significantly lower in the case of buses as compared to personal modes.

India has 54 State Road Transport Undertakings (SRTUs), catering to over 68 million daily passenger trips in rural, inter-city, and urban areas. While the enormity of public bus operations in India is remarkable, bus agencies have often been fraught with operational inefficiencies and low-quality services, resulting in declining ridership.

Although buses are involved in a small percentage of total crashes, these crashes have far-reaching impacts on finances, reputation, and ultimately, ridership. And an impact on ridership means that more people will opt for private modes of transport. A move to public transport will help India inch closer to its commitment of reducing road crashes by half by the year 2020,and improving the safety of public buses will be crucial in making this happen.

Officially, the cost of crashes reported by the SRTUs covers only compensation paid to victims. However, the actual costs include vehicle damages, loss of work hours, and other fees towards enquiry, legal and medical services. For example, BMTC suffered an average annual loss of INR 11 Cr (1.7 million USD) between 2012-2016 due to road crashes. This includes the amount that was paid as compensation to victims, legal fees, vehicle damages, and loss of man hours. That is, for every INR 184 earned as revenue between 2012-16, BMTC lost INR 1 as a result of road crashes involving their fleet, on an average.

This is detrimental to the financial sustainability of bus transport agencies. Since SRTUs operate on thin margins and are often not profitable, capital allocation to improve safety is limited. Hence, provisions in the form of safety grants by the state and central governments will enable them to reduce crashes and thereby losses.

Reputation of bus agencies is at stake

In India, crashes are often blamed on the bigger vehicle, a bus in this case. This is largely due to improper crash investigation. To help avert such consequences, bus services should take conscious measures towards reducing crashes and managing their public image. Bus agencies should put together comprehensive investigation reports that document all aspects of the crash in a scientific manner. In addition, driver training and monitoring systems should be put in place, as well as active and passive safety retrofits on buses (for instance, larger mirrors for reducing blind-spots) which would help reduce crashes. Lastly, a comprehensive policy at the organizational level will help imbibe a safety culture and persuade drivers and other members to contribute towards improving road safety.

Therefore, a proactive investment in improving safety will, in addition to saving lives, allow for sustenance of bus services. Recently, WRI India collaborated with a leading safety science organization, Underwriters Laboratories (UL), to study bus crashes in India spanning 6 SRTUs: BMTC, BEST, APSRTC, KSRTC, NEKRTC, and MTC*. The analysis suggests that more than 80 percent of crash victims were vulnerable road users such as motorcyclists and pedestrians and passengers. There is a need to study these crashes more closely and take practical steps towards preventing them. Steps towards reducing crashes involving buses, coupled with a scientific approach to crash investigation, will go a long way in helping public bus agencies improve their financial health, enhance brand image, increase ridership, and above all, advance public safety. 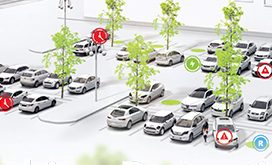