The operation of the iconic Sydney Ferries was privatised last year by the Australian Government. A look at the history, operations, significance and privatisation of these ferries. There are lessons in its roller coaster ride : Perseverance and constant efforts at making a public mode of transport successful do yield results. What is needed is a strong will to learn from errors. 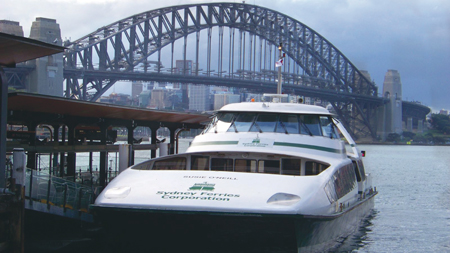 As a public transport mode in cities, ferries do not carry appreciable passenger volumes. But wherever they exist, they carry an immense importance for tourists and recreational travel while playing a small but important part in the transport fabric of a city.

In congested city centres, water bodies (rivers or harbours) provide a large and clear open space. In such settings, ferries not only provide a means to appreciate this space but also provide a dynamic vantage point to appreciate the skyline of the city as well as the landmark or iconic structures where available. Sydney is one of the few world cities which harnesses this potential to the maximum. And in doing that, the ferries in Sydney not only facilitate enjoyment of the icons (The Opera House, the Harbour Bridge and many more) but also become icons themselves. 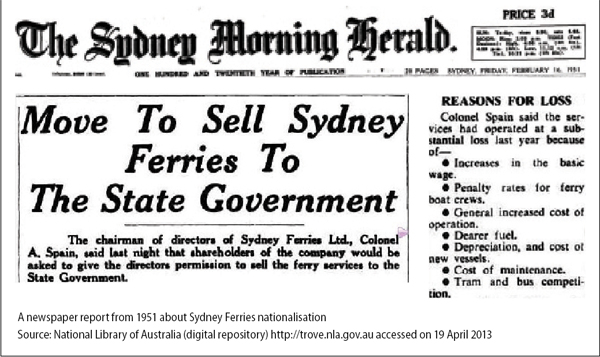 Privately operated ferry services in Sydney Harbour have existed since 1789, two years after the first fleet of ships arrived in Australia bringing with it 854 convicts from England ? Australia?s first set of European migrants. From 1899 onwards, the scattered operations were integrated under a single company known as ?North Shore Ferry Company?. Many innovations were introduced (including the introduction of first double ended, propeller driven ferry in the world) during its golden period. Things changed dramatically after the opening of the Harbour Bridge in 1932. It drastically reduced the ridership from 30 million to 13 million per annum. The government intervened in 1951 by taking over the operations of Sydney Ferries as a public service.

From then on, the service continued under the state umbrella till last year when it was decided to hand over the operation and maintenance to a consortium of private operators. We aim to discuss later why this was necessitated.

Sydney, like all Australian capital cities, is a car focussed city. Ferries in Sydney do not enjoy a high mode share. As per data published by Bureau of Transport Statistics, a total of 48,000 passenger trips are made by ferries on an average weekday. This is only 0.2% of the total of more than 21 million trips performed on an average weekday in Sydney (Bureau of Transport Statistics, Government of New South Wales, Australia, 2013). In contrast, buses carry 4.8% (about a million trips) and trains carry another 4.2% (about 900,000) passengers. 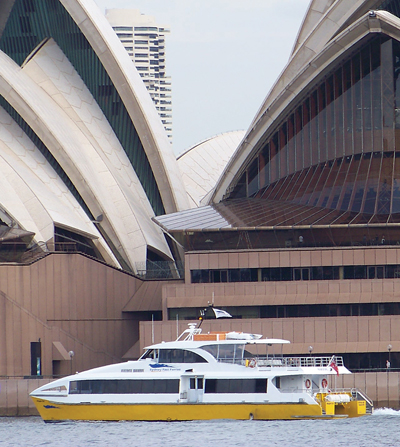 Passengers using ferry also differ fundamentally from passengers of other public transport modes. While 40% are commuters, another 40% use ferries for social/ recreational reasons. This is unusually high, higher than even taxis, the usual mode of preference for recreational/ social trips.

To bring about a level of efficiency and deliver the attention ferries deserved, the section of STA dealing with ferries was hived off as an autonomous unit in the year 2004. At the same time, it was also corporatised as a State Owned Corporation (SOC).

Every year, patronage of ferries follows a distinct pattern, which, unsurprisingly, closely matches holiday seasons of school children. While December and January are the months of summer vacation, there are intermediate vacations in April, July and September. Of course, the overseas tourists also influence this but the effect of local tourism is poignant.

A total of eight routes are operated in Sydney and all of these have a single wharf as one of their end points, i.e., the Circular Quay. This wharf is located in the heart of CBD and has Sydney Opera House on its east and Sydney Harbour Bridge on its immediate west. Being juxtaposed between such iconic landmarks, the Circular Quay enjoys an enviable position as a multi-modal passenger terminal. As a result, it handles a lion?s share of the total passenger volume. Even the next best wharf, Manly, handles less than half the passenger volume of the Circular Quay.

Previous: Expressways and Highways: Mumbai?s Dangerous and deadly connections
Next: Bangalore?s Civil Society:Designs and develops a road while the government funds it