As a part of the smart city initiatives, Naya Raipur Smart City Ltd is implementing ‘Project Daksha that take care of safety and security, traffic management, public communication, and city’s environment. Speaking about the project, Mukesh Bansal, CEO, Naya Raipur Smart City Ltd says, “Under the project, around 372 CCTV cameras have been installed at strategic locations for better surveillance. Besides, intelligent (automated) traffic signals have also been installed at 40 locations, 36 ANPR cameras at six locations and red light violation detection devices are installed at 23 locations. Devices for speed violation and wrong way movement detection are also up and running at some places to ensure strict compliance of traffic rules.”

Bansal further adds, “Aiming to ensure safety and prevent crimes against women, emergency kiosks have been installed at 83 places in the city.”

The project will be operated by transport, police departments and the city civic body. The system has been designed, constructed and implemented by the Smart World and Communication business unit of Larson and Toubro Construction. 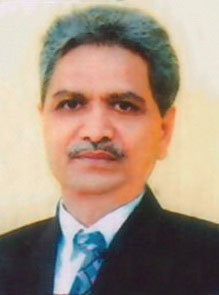 Nagpur has implemented ‘Nagpur Safe and Smart City Project’. Explaining more about the project, Dr Ramnath Sonawane, CEO, Nagpur Smart and Sustainable City Development Corporation says, “We have identified around 700 junctions and have installed approx 3,600 CCTV cameras for surveillance and monitoring. Also, a 1,045-km long optical fibre cable network has been laid for the communication of the surveillance mechanisms.” 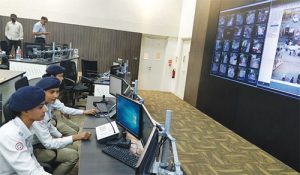 The city has also installed Face Recognition System at 20 main locations through which the police and law enforcing authorities can keep a tab on the history sheeters and outlaws who enter the city. The city has also installed ANPR and RLVD systems through which it issued two lakh e-Challans for violating traffic rules. The project includes command control centres; city operation centre and command control centre; optical fiber network; city surveillance at important junctions; city Wi-Fi & kiosk and the smart strip of 5.5 km including smart bus stops and smart traffic management. Shapoorji Paloonji is the EPC contractor, while L&T is the system integrator for Nagpur Smart City.