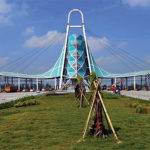 Neeraj Sanghi: Highway Concessions One is operating seven projects, of which five are tolling projects and rest are annuities. In the last two years, share of ETC on our roads as a part of our revenue has increased significantly. The benefits of ETC are multi-fold as it reduces waiting time, improves the operational efficiency and saves fuel. FASTag, a scheme ... END_OF_DOCUMENT_TOKEN_TO_BE_REPLACED 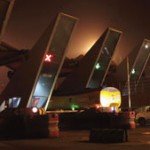 The toll operations in India till now were mainly manual but, the fast growing traffic volume on the highway network across the country necessitated the introduction of Electronic Toll Collection (ETC). Going a step further, the government has the goal of nationwide ETC interoperability. Sapna Srivastava reports Tolling in India differs from the practices in other countries in many ways. ... END_OF_DOCUMENT_TOKEN_TO_BE_REPLACED 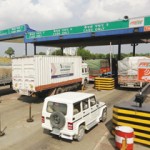 In a bid to decrease time spent by vehicles at toll plazas on highways and reduce congestion, the Government of India launched an Electronic Toll Collection (ETC) programme last year across 25 toll plazas on the Mumbai-Delhi arm of Golden Quadrilateral. The ETC system, named ‘FASTag’, is an advanced programme for making payment electronically at highway toll plazas without stopping ... END_OF_DOCUMENT_TOKEN_TO_BE_REPLACED 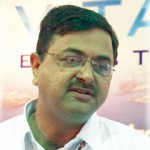 R P Singh, Chairman, NHAI, takes a look at toll collection in India and the challenges facing Electronic Toll Collection in his presentation at the conference, “PSKLM International Expressway Conference & Exhibition” held recently in Malaysia. There are 13,900km of completed highways projects under tolling in India, out of which 7201km are under private tolling (BOT toll projects) while 6703km ... END_OF_DOCUMENT_TOKEN_TO_BE_REPLACED

The iconic Golden Gate Bridge in San Francisco, USA has begun trials of a new Electronic Toll Collection (ETC) system. The new system will replace the manual tolling system used at the bridge since its inception in 1937. The elimination of manual tolling will save an estimated $19m in salaries and benefits over eight years and help bridge a projected ... END_OF_DOCUMENT_TOKEN_TO_BE_REPLACED

Spanish technology company, Indra System S.A. has got three toll technology contracts from Indian infrastructure major GMR. The ?8.6million contract is for implementing toll technology on roads in four states: Andhra Pradesh, Karnataka, Rajasthan and Gujarat. In all, the contract will see Indra implementing electronic, manual and mixed toll collection and weigh-in motion systems in 46 lanes in the four ... END_OF_DOCUMENT_TOKEN_TO_BE_REPLACED

Yamuna Expressway, in the State of Uttar Pradesh, is an ITS marvel. The 165kms long Expressway that was thrown open to the public on August 9 this year, and has cost the Jaypee Group `11,000 crore, is the country’s longest six-laned (extendable to eight lanes) access controlled concrete pavement stretch and is signal-free. It has reduced the distance between Agra and Delhi to around 211kms and the travel time between the two cities to 150 minutes, and between Greater Noida and the tourist hotspot to just 90 minutes. TrafficInfraTech took a ride on the Expressway on the eve of its inauguration. The Zero point being blocked for arrangements for the opening ceremony, the onward journey towards the control room at first main Toll Plaza located at Jewar (38kms from Greater Noida), took the vehicle through underpasses, service roads, the villages and of course, along Jaypees’s Buddh International Formula one track. Mangala Chandran on the experience and the technological marvel that is Yamuna Expressway. END_OF_DOCUMENT_TOKEN_TO_BE_REPLACED