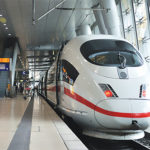 Transportation as a Services 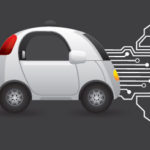 Tomorrow’s transportation is poising towards a radical change that could influence various spectrum of life and technology. Today the transportation is mainly product centric; and we talk about Intelligent Transportation Systems (ITS) aiming to provide innovative services relating to different modes of transport and traffic management. The current approach is vehicle-level focused, independent, unconnected and subject to behaviors and decisions. ... END_OF_DOCUMENT_TOKEN_TO_BE_REPLACED

Intelligent Transportation Systems are the need of the hour in today?s travel scenario. Vidyottama Sharma on why are they needed, why is India lagging behind in their use and what solutions can be adopted for their better use. END_OF_DOCUMENT_TOKEN_TO_BE_REPLACED

Mysore becomes the first official Indian city to implement ITS

While optimum use of Intelligent Transportation Systems (ITS) for improvement of traffic conditions and safety of road, rail, air and water commuters is much debated in the country, the state of Karnataka has taken the lead in trying to make one of its cities an ITS city. Under the aegis of Karnataka State Road Transport Corporation (KSRTC), and as part of the GEF-SUTP Programme, Mysore City has been chosen to be India?s first major ITS city, with the backing of the Ministry of Urban Development, Government of India. S Mallikarjuna, Chief Mechanical Engineer (P) who has put in 32 years at KSRTC and is the Head of its Project Implementation Unit, writes exclusively for TrafficInfraTech on the process of making Mysore an ITS City. END_OF_DOCUMENT_TOKEN_TO_BE_REPLACED

How Safe are we on Our Roads?

Vidyottama Sharma speaks with the industry, enforcement agencies, NGOs and medical fraternity on the safety on our roads, enforcement issues, decision dilemmas and solutions END_OF_DOCUMENT_TOKEN_TO_BE_REPLACED

IRD Inc.(International Road Dynamics, Canada) has appointed a new Managing Director, Pramod Radhakrishnan for IRD South Asia Pvt. Ltd (IRDSA). Radhakrishnan brings over 20 years of executive and international business experience to the team in India. He has been instrumental in establishing, managing and restructuring operations of several international corporations in India over the last several decades. IRDSA deals in ... END_OF_DOCUMENT_TOKEN_TO_BE_REPLACED

An ambitious road sector project of the Republic of Cape Verde has got a second shot of additional financing by the World Bank to the tune of US$10 million equivalent. The project, called the Road Sector Support Project (RSSP), with a maturity period of 35 years and a grace period of 10 years, aims to increase the mobility of the ... END_OF_DOCUMENT_TOKEN_TO_BE_REPLACED